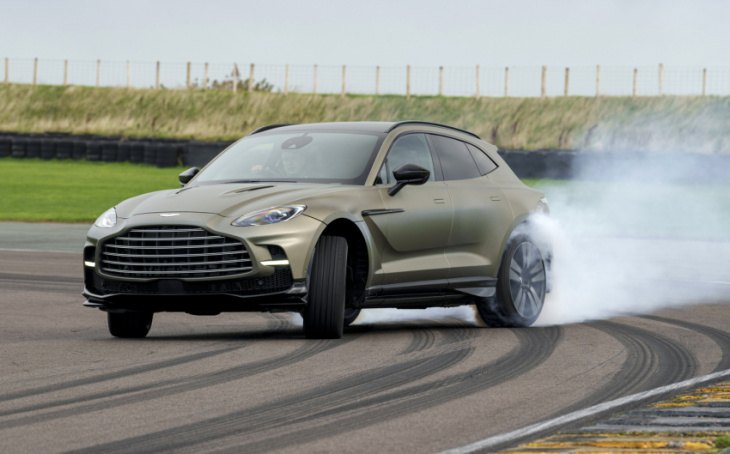 Early in 2022 we attended the international launch of the Aston Martin DBX707, which the British brand said was the fastest luxury SUV in the world. The weather was great, the scenery spectacular and the roads utterly captivating. It certainly showed the new variant of Aston’s SUV in its best light, revealing that, despite its increased performance and driver focus, the DBX707 remained as practical and useful an SUV as ever.

However, we felt there was unfinished business. After all, the DBX707 didn’t just get a few suspension upgrades to cope with its monstrous 697bhp 4-litre AMG-derived V8 – Aston claimed it was properly track-focused and a potential Nürburgring record-beater.

Fast forward a few months and Aston Martin is putting its money where its mouth is, by inviting Driving.co.uk to drive the expensive Pirelli tyres off a stock example of the DBX707 on a track – and not just any track, but Anglesey in Wales. An initially wet and windy Anglesey, we’d like to add.

How did the DBX cope? Watch our video review to find out.