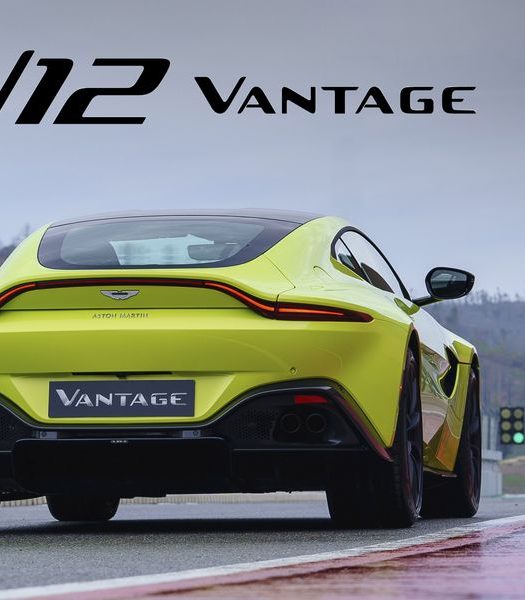 When it comes to the many press releases sent to us by automakers large and small our job is normally to spare you from corporate verbiage and dig out salient points from what often feels like word soup. But with the official announcement of the new Aston Martin V12 Vantage, that would be hard. Because here is the release in its entirety: “You’ve heard about it. You will certainly hear it coming. V12 Vantage. It’s not just a Limited Edition, it’s a Final Edition. Returning in 2022.”

A teaser video accompanying this release promises a truly savage engine noise. So there are plenty of blanks to fill in.

Don’t worry, we’ve got answers to some of them. When we drove the V12 Speedster earlier in the year we were told that the windshield-free lightweight’s underbody structure effectively combined the front end of the DBS Superleggera with the rear of the Vantage Roadster. We can safely presume the V12 Vantage is based on the same underpinnings, and uses what will likely be a similarly brawny version of the company’s twin-turbocharged 5.2-liter V-12 engine. Let’s hope it’s in the same 690-horsepower state of tune.

Aston boss Tobias Moers has previously confirmed that the V-12 doesn’t have a long-term future for the brand, which is set to switch entirely to AMG-sourced powertrains. The official release’s line about a “final edition” suggests that the Vantage could mark the end of the road for the venerable motor, which although heavily revised and turbocharged when the DB11 was launched in 2016 is still closely related to the V-12 developed when Ford owned the brand and launched it in 1999.

Using this same sonorous powerplant, the last V12 Vantage was always one of the highlights of the range, combining a 510-hp naturally aspirated V-12 engine with a manual gearbox, a combination that was only slightly less exotic in 2010 than it appears now. Sadly there seems to be no chance of Aston repeating the combination, with insiders having told C/D that the current V-8–powered Vantage will be the last car the company offers with the option of a clutch pedal. We’re pretty sure the last V12 Vantage’s $181,000 price tag will seem like an outrageous bargain when compared to the figure being asked for the new car.

Not that we’re complaining about the chance to experience one of Aston’s greatest hits for a final time. We look forward to being able to tell you more.

This content is created and maintained by a third party, and imported onto this page to help users provide their email addresses. You may be able to find more information about this and similar content at piano.io

When we think of Aston Martin, we think of Sean Connery leaning against a DB5 or Daniel Craig driving its wheels off with machine guns sprouting from everywhere. However, a bonkers track-only motorcycle is something that we don’t expect but that’s exactly what the blokes of Aston Martin and Brough ...

Aston Martin DB5 similar to one in James Bond's 'Goldfinger' expected to fetch £550,000 at auction