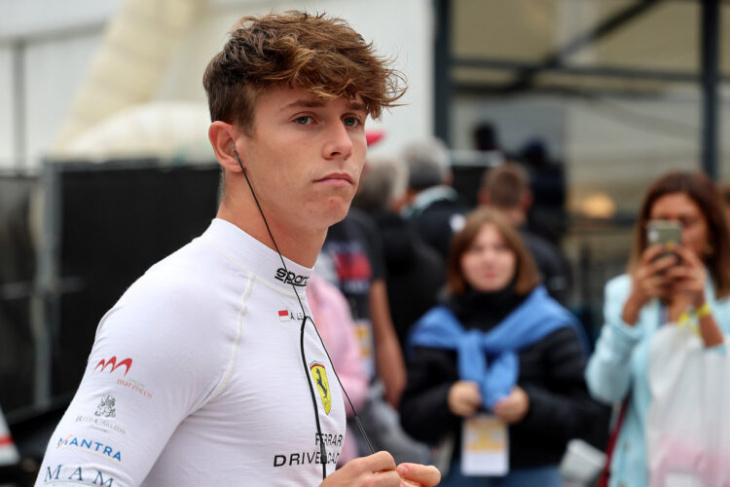 Arthur Leclerc has been promoted to Formula 2 with DAMS for the 2023 season, after two Formula 3 seasons competing with PREMA.

The Ferrari junior driver made his F3 debut in 2021, winning a total of 10 races in two seasons. He finished sixth in the championship in a 2022 season that included a feature race win in Silverstone.

Leclerc, the younger brother of Ferrari Formula 1 driver, Charles, is looking forward to getting started in his new surroundings.

Schumacher told off by Haas while carrying out F1 donuts

“They’re a very successful team that has achieved great results in the championship, and I hope I can be a part of that and continue the team’s success.

“Charles Pic has done an amazing job to help the team back to winning ways throughout the season and I’m aiming to keep that going next year.

“We’ve a lot of work to do before the start of the new campaign in Bahrain in March, and I’m really looking forward to getting started in the post-season test in Abu Dhabi!”

DAMS finished sixth in the F2 championship this year, with a combination of Roy Nissany, Ayumu Iwasa, and Luca Ghiotto, who returned during Nissany’s ban following the Dutch Grand Prix.

Iwasa won the final feature race of the season in Abu Dhabi last weekend, after claiming a sprint race victory in Monza.