Aric Almirola Changes His Tune, Will Return to NASCAR Cup Series in 2023 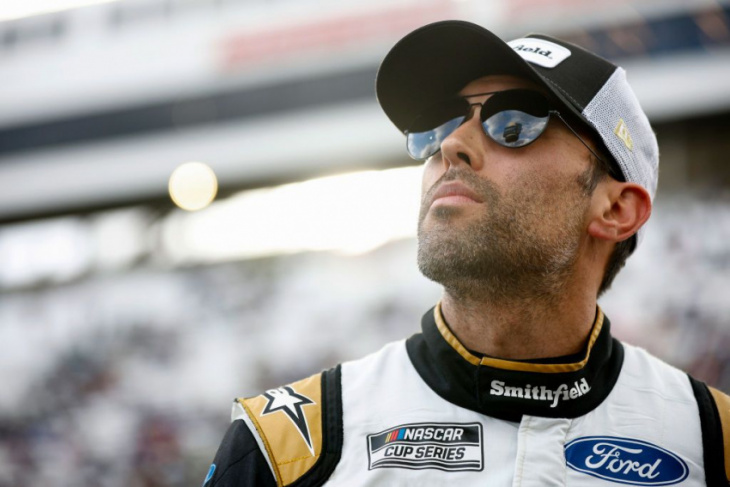 If you thought NASCAR Cup Series driver Aric Almirola was calling it a career at the end of the 2022 season, you weren’t alone. You heard right.

Almirola, who announced in January that he was going to retire after the 2022 season to spend more time with family, is sticking around for at least another two years. Almirola and his long-time sponsor Smithfield Foods announced on Friday at Daytona that they would return to Stewart-Haas Racing on a multi-year agreement.

Length of that multi-year deal for Almirola’s return to the No. 10 Ford Mustang was not announced.

So, what happened to family first?

After all, Almirola said in January when announcing the 2022 season would be his last, “I want to be present. I want to be the best husband and father, and that to me means more than being a race car driver.”

Times, and the way his family is embracing a race weekend, have changed.

According to the team’s press release:

“In the course of this year, Almirola has discovered a new balance between his passion for racing and dedication to his family. His wife, Janice, and kids, Alex and Abby, join him on most race weekends, oftentimes enjoying once-in-a-lifetime experiences together as they travel the country.”

As for on-track performance, Almirola is winless, sits 18th in the points standings and needs a win at Daytona International Speedway on Saturday night to qualify for the Cup Series Playoffs.

“I’ve learned a lot this year and perhaps the biggest learning was to never say never,” said Almirola, 38. “I came into this year ready to soak everything up, and I have. I already knew I had the coolest job in the world, but being with my family and being there for Janice and Alex and Abby was really important. My desire to compete and win never wavered, but I didn’t want it to come at the expense of family. We found a way to accommodate both and I’ve never been happier.

“The original decision to step away from full-time racing at the end of the season was a family one, and so is this decision. Janice, Alex, and Abby are just as excited as I am to continue racing the No. 10 Smithfield Ford Mustang.” 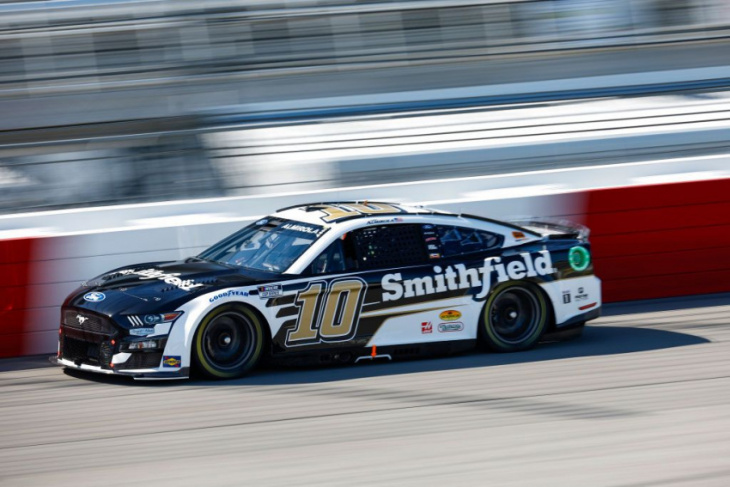 Aric Almirola is returning to the Cup Series in his SHR Ford Mustang next season.

The Smithfield/Almirola sponsor-driver relationship in Cup dates back to 2012 when Almirola joined Richard Petty Motorsports for his first full year in the NASCAR Cup Series. Almirola and Smithfield moved to SHR in 2018. That year, Almirola qualified for the playoffs and finished a career-high fifth in points.

Almirola scored a career-best 18 top-10 finishes in 2020, and in 2021 qualified for the playoffs for a fourth consecutive season.

Earlier this year, he eclipsed the 400-start mark in Cup. He has three career victories.

Keyword: Aric Almirola Changes His Tune, Will Return to NASCAR Cup Series in 2023