Strobe brake lights are a persistently popular aftermarket modification. With automakers like GMC offering luxury vehicles with headlights capable of dazzling light shows, one might predict that these modifications will remain popular and perhaps enjoy heightened demand. However, are they legal to use while the car is in motion?

What are strobe brake lights, exactly? 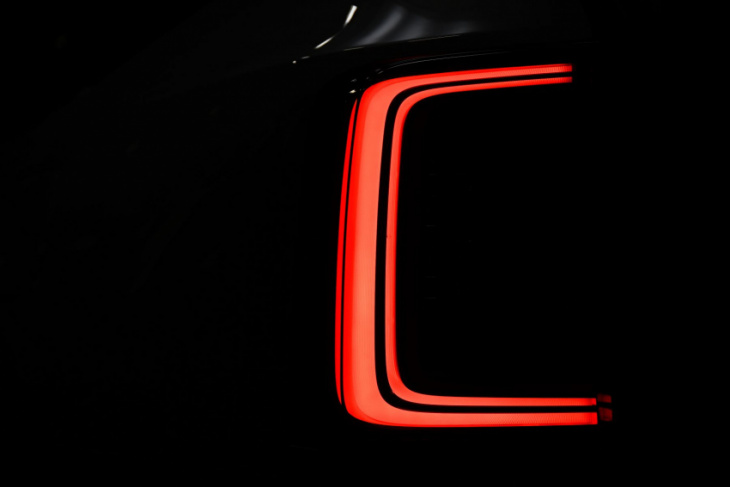 Some drivers contend that strobe brake lights are safer than conventional static ones. If you’ve ever shared a road with a vehicle with them, chances are the blinking lights caught your eye. However, while they certainly capture attention, not everyone agrees that they are safer.

Other drivers believe these brake lights are the kind of distraction that could cause an accident. Under certain conditions, the sudden flash could lead a driver to react as if a car is nearby. They may mistake the lights for an approaching emergency vehicle and scramble to move aside. The flashes could also cause them to take their eyes off the road ahead and miss a road sign or car. Additionally, if a driver has epilepsy, strobe brake lights could trigger a seizure.

Roads Policing Unit in Galway. 3 cyclists cycled past red light despite marked Garda motorcycle at the junction. 5 other cyclists had no lights or hi visibility clothing. #cyclesafety pic.twitter.com/ds9jR34yJR

There are indeed some compelling arguments that strobe brake lights are a potential hazard. According to The Autopian, the federal government largely agrees and requires vehicles to have static lighting on headlights and taillights. As per The Boston Herald, the National Highway Traffic Safety Administration blocked an effort by Mercedes-Benz to allow flashing brake lights on vehicles sold in the U.S.

State vehicle codes don’t always reflect this prohibition. For example, The OC Register notes that a finite set of blinks are permissible under California’s Vehicle Code. Some media outlets, like The Mankato Free Press, have misreported that flashing lights are legal on cars. Yet, the federal statute still prohibits them, and the federal prohibition supersedes the state code.

Separate from this is whether flashing brake lights are allowed on motorcycles. Here, the states have more leeway to regulate the types of allowable brake lights. The Motorcycle Legal Foundation‘s piece is a good resource to determine the relevant laws concerning strobe brake lights in your state.

For example, the site notes that these lights are illegal in Washington, Colorado, Mississippi, Minnesota, Michigan, Illinois, Connecticut, Rhode Island, and Pennsylvania. However, the laws and regulations vary even in states that allow them. In Georgia, these lights are permitted, so long as they are not blue. In Virginia, they are allowed so long as they are not red, white, or blue. In Alaska, they can only be installed on the back of the vehicle. If you’re considering adding them to your bike, you should check your state’s laws and regulations first.

What other aftermarket modifications are illegal?

? There's not much better than exhaust flames ?#Fuego pic.twitter.com/GT8IgZHIkJ

Strobe brake lights aren’t the only aftermarket modification you may see on the road of dubious legality. Drivers have outfitted their rides with all kinds of accessories, often prioritizing the cool factor over public safety or the law. Some of these modifications you may have seen include exhaust flame kits, which are illegal in most states. Another is known as a dynamic light spot. It’s a type of sensor technology that detects pedestrians and then bathes them in infrared light. It’s legal in Europe but not in the U.S.

Other modifications aren’t the type you’d be able to spot immediately. However, if you’re a passenger in a vehicle with one of these features installed, know that it’s not legal. Dual-front video displays (tech that shows driver information in one pane and a movie in another) is not permitted, as per the feds. Rear-view mirror cameras are also prohibited. Regulators don’t think they provide the safety they promise and are more liable to cause a distraction.

Now, if you’re overseas, you may be surprised to learn what’s not permitted on vehicles in European countries. Remote start, which is quite popular here, won’t be found in cars manufactured and sold in Europe. Satellite radio is another feature that can’t be found in vehicles in many European nations. The reason is grounded not in public safety but in jurisdictional disputes between different providers.

Unlike in Europe, back on these shores, strobe brake lights on cars are illegal, and the rules about them on motorcycles vary state by state. Keep that in mind if your local mechanic tries to sell you these accessories.