The American muscle car (and pony cars, if you want to split hairs) carries a basic physical formula: engine up front, power to rear. Today, Ford cooks the modern S550-generation and incipient S650-generation Ford Mustangs with the same recipe. However, are all Ford Mustangs rear-wheel drive (RWD) like the tail-happy Mustang GT? Better yet, are any of the old pony cars different, or did Ford slip a front-wheel drive Mustang in there?

Is a Ford Mustang rear-wheel drive?

Fortunately for fans of the classic muscle car formula, all of the conventional Mustangs that Ford produces are rear-wheel drive. At every trim level and every engine option, the Ford pony car sends power to the rear wheels with a driveshaft. However, for those of you who wonder why Ford doesn’t have an all-wheel drive (AWD) option like the Dodge Challenger SXT and GT, the RWD platform isn’t necessarily a bad thing.

The Mustang is meant to be a good-times machine with a joyful propensity to roast the tires and slide the back end out. RWD is how sports cars manage to do just that. However, if your Mustang is a daily driver, there are a few ways to better prepare it for year-round driving. For instance, you can equip seasonally appropriate tires and weigh down the vehicle’s rear end for traction on snowy roads.

Was there a Mustang with front-wheel drive?

If you were hoping to read about a malaise-era Mustang II with front-wheel drive, it didn’t happen. Even the most compromised short-wheelbase Mustangs with strangled engines sent power to the rear wheels. Of course, with cars like those, there wasn’t much power to send. Furthermore, all the most recent generations, the SN-95, S197, and S550 Mustangs, are standard RWD setups with automatic and manual transmissions. 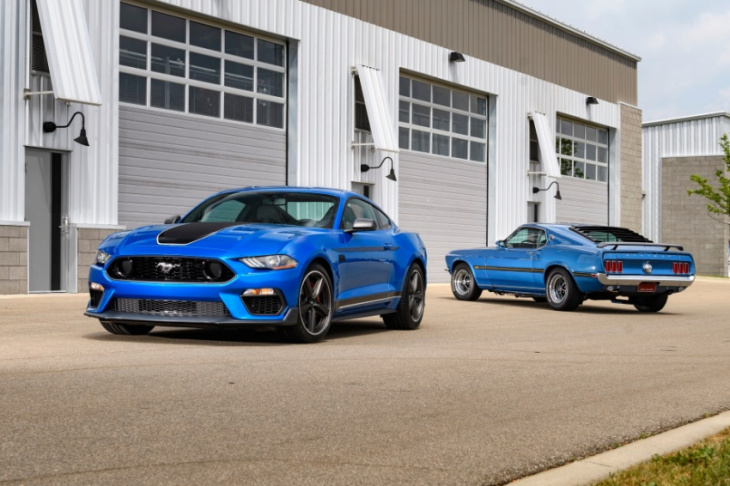 Of course, there are custom exceptions to the rule. For instance, the wild and crazy Zombie 222 from Bloodshed Motors in Texas is an AWD EV 1968 Ford Mustang Fastback conversion. In addition to being nearly beyond belief, it’s one of the fastest EVs in the world.

The original “1964 ½” Ford Mustang was a rear-wheel drive setup. That never changed. The Mustang got bigger and more powerful over the years until the Mustang II and 1973 oil crisis stopped the power party. Even the most special pony cars, like the Ford Mustang Shelby GT350, were exclusively RWD. 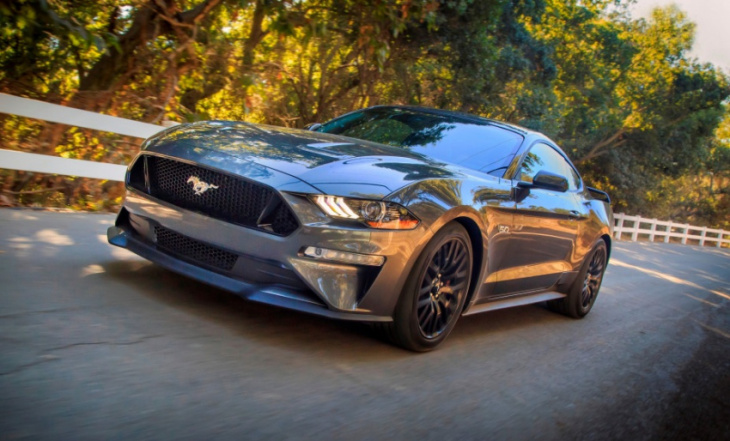 Will there be a Ford Mustang with AWD?

Depending on your definition of a Ford Mustang, there’s an AWD option. According to TrueCar, the four-door EV crossover, the Ford Mustang Mach-E, offers dual-motor eAWD in trims like the California Route 1. However, if you want a gas-powered Ford Mustang coupe or convertible with all-wheel drive, you might need to build it yourself. Moreover, the upcoming S650 generation of Mustangs will not include AWD of any kind for the 2024 model year.

That news arrives despite a widespread belief that the S650 Mustang would incorporate some variation of performance-focused hybrid AWD, like the upcoming hybrid Corvette. Alas, not this time around, but Ford might surprise us with an AWD pony car to compliment or replace our beloved rear-wheel drive Ford Mustangs someday. Scroll down to the following article to read more about the Ford Mustang!