Anger as UK supermarket petrol and diesel prices are 1.5p per litre higher than they should be

The RAC has warned drivers that supermarkets are overcharging for fuel amid the cost of living crisis. It has accused the UK’s biggest fuel retailers of refusing to lower their pump prices despite a drop in wholesale costs.

This is around 2p per litre lower than the average for all UK forecourts. However, supermarkets normally charge around 3.5p per litre less than the UK average. 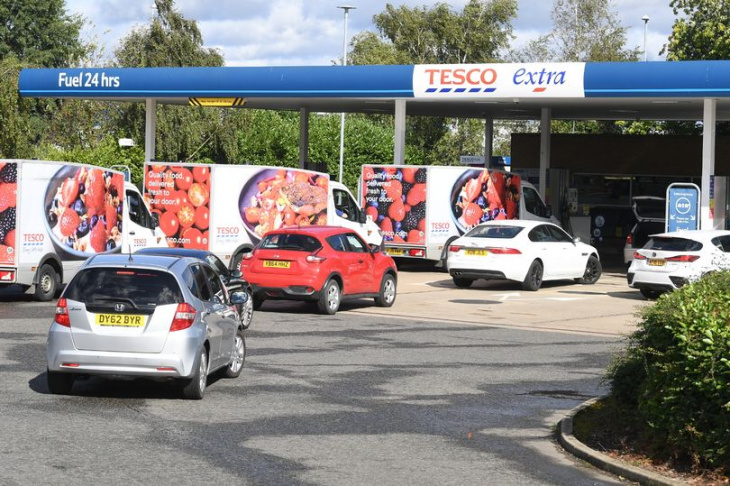 The RAC is calling on supermarkets to lower their fuel prices

RAC fuel spokesman Simon Williams said: “With many people struggling to put fuel in their cars, it’s very sad to see the biggest fuel retailers taking advantage of their customers by charging far higher prices than they should be. This is unfortunately a perfect example of prices falling like a feather, the opposite of them rocketing up as soon as the wholesale price rises significantly.

“The supermarkets dominate UK fuel retailing, primarily because they have traditionally sold petrol and diesel at lower prices due to the large volumes they sell. Sadly there is now a remarkable lack of competition among the four main players which means prices are far higher than they should be.”

Mr Williams says shoppers would be better to check for the cheapest fuel prices around them, rather than assuming they will be at supermarkets. “There are smaller, independent forecourts offering more competitive prices than supermarkets, so drivers should shop around,” he said.

It comes as figures reveal that the extra cost of diesel compared to petrol has reached a new high of nearly 25p per litre. Government data suggests the average price of a litre of diesel is now 188.9p. That is 24.5p more expensive than petrol, which stands at 164.4p per litre.

Analysis by the PA news agency found this is the largest price difference in records dating back to June 2003. Diesel has typically cost around 5p per litre more than petrol since then.

The Office for Budget Responsibility (OBR) said on Thursday that a “planned 23 per cent increase” in fuel duty in March 2023 will add around 12p per litre to pump prices. The figure is based on a combination of the scheduled end of the 5p cut in duty, and the long-standing policy of duty rising in line with the RPI rate of inflation.

However, chancellors have repeatedly frozen duty, and the Treasury insisted a final decision on the rate would not be taken until the next budget in the spring.

Want more from MyLondon? Sign up to our daily newsletters for all the latest and greatest from across London here.

Keyword: Anger as UK supermarket petrol and diesel prices are 1.5p per litre higher than they should be