Andretti set to retain DeFrancesco for 2023 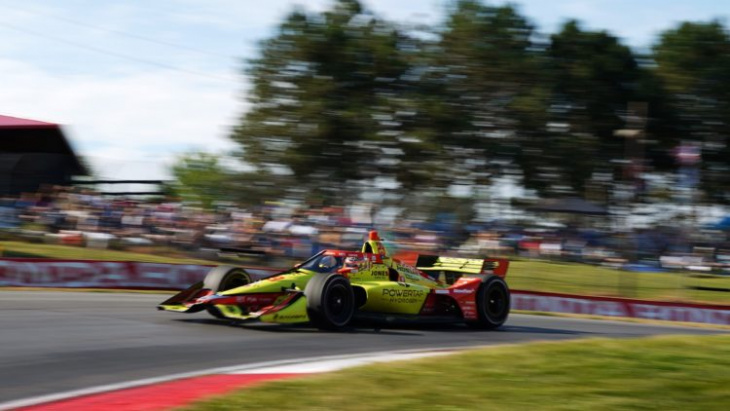 Devlin DeFrancesco will be joined by his Indy Lights team-mate Kyle Kirkwood in 2023. Photo: Kevin Dejewski

It appears that Andretti Autosport has finalized its lineup for the 2023 IndyCar season, with Devlin DeFrancesco keeping his place in the #29 entry.

There was speculation that both team and driver were evaluating their respective options for next year after a lackluster season so far, but is seems the two will continue with their arrangement.

Though there was not an official announcement, Andretti confirmed to RACER in a statement that DeFrancesco is indeed under contract with the team for next season.

“As previously confirmed, our 2023 drivers are under contract, which includes Devlin,” said a team spokesperson. “He has grown a lot in his rookie season and we’re excited to see what the second year of our agreement brings.”

DeFrancesco’s best finish so far this season has been a 15th place result in Iowa, and he currently site 23rd in the overall standings.

By staying with Andretti, the Canadian-Italian driver will be reunited with his team-mate from Indy Lights Kyle Kirkwood, who will be driving the #27 entry next year.

Both rookies have struggled in their inaugural season in Indycar this year, but Kirkwood’s move from AJ Foyt Racing to Andretti should help boost his performance nearer to the level that brought him success in the Road to Indy ladder.

The rest of the Andretti stable will include Colton Herta and Romain Grosjean in the #26 and #28 entries respectively, with each sticking with their current arrangement as well.