Dacia is showing "the final stage in the transformation of its visual identity." 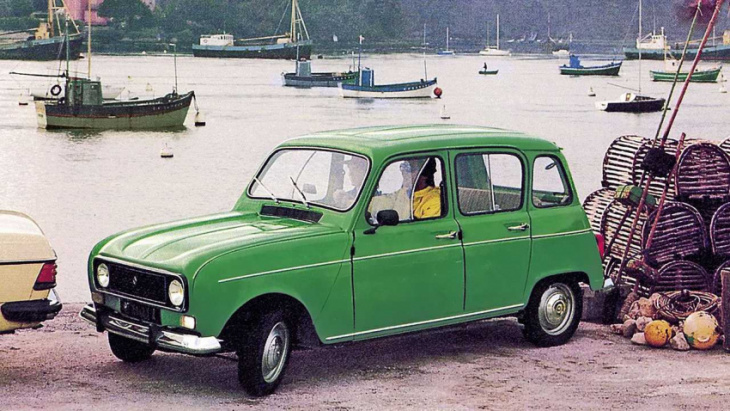 Renault’s brands have six vehicles debuting at the 2022 Paris Motor Show on October 17. Among the premiering there, Alpine is showing off a concept that presents “a new stage in the brand’s transformation,” according to the announcement.

Alpine doesn’t have any teaser images of this concept. The only other info about the vehicle from the company is that embodies “the future of its product and sports strategy.”

In January, Alpine offered a shadowy look of its GT X-Over electric crossover. A production version arrives in 2025. One possibility is that the brand might offer a preview of the model in Paris.

The revived Renault 4 (original in the gallery above) will also debut in Paris. The company announced the EV in its product strategy event in February and showed a simple line drawing of the vehicle.

Beyond it using an electric powertrain, there are no details available about the new Renault 4. The original was a mainstream vehicle with a production run of over eight million units coming from between 1961 and the early 1990s.

A new version of the Renault 5 concept (above) will possibly be in Paris. The company calls it a “sporty and offbeat show car.” The original version of this vehicle is from January 2021, but the description suggests this one might be different.

Dacia is being vague about its Paris Motor Show plans. The company says it’s showcasing “the final stage in the transformation of its visual identity.” There’s no info yet about whether this is a vehicle unveiling or something else.

The Mobilize brand is going to show its two-seat Duo vehicle for a subscription-based car-sharing service. In 2023, the company is expanding into Britain.

Finally, Hyvia, which is a joint venture between Renault Group and the company Plug for developing hydrogen vehicles, is premiering the Master Van H2-TECH in Paris. The brand is developing commercial vehicles like a van, chassis cab, and a city bus.