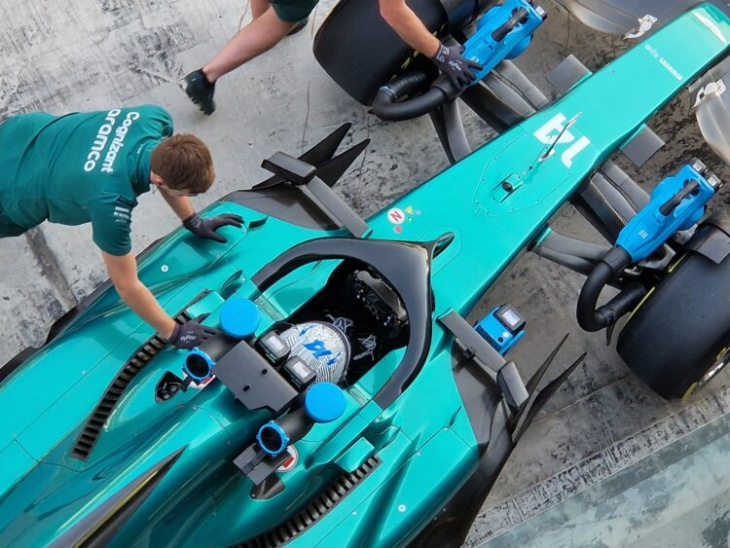 Formula 1 has stayed on at the Yas Marina Circuit for one day of post-season testing.

Each team is fielding two cars, with one car for regular racers as part of a Pirelli tyre test, and one for rookie drivers.

Alonso appeared shortly after 09:00 local time for his first run with Aston Martin.

Which drivers are taking part in the post-season F1 test?

Alpine approved plans for Alonso to sample the AMR22 but the Spaniard appeared in an unbranded car.

Alpine is running its new recruit Pierre Gasly in the test, with his replacement Nyck de Vries testing the AlphaTauri AT03.