Alonso says Hamilton “only knows how to drive when starting first.” 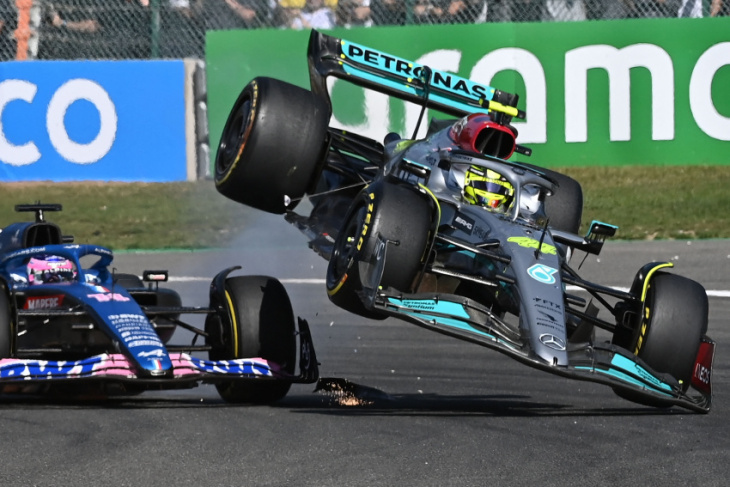 It was not a prosperous weekend for seven-time Formula 1 chamipion Lewis Hamilton in Belgium.

Hamilton held out hope of being within half a second of pole position, after Mercedes’ encouraging pre-summer form, but the W13 was miles off. Hamilton’s best third-qualifying-round lap was 1.8 seconds behind Max Verstappen’s one-and-done pacesetting time.

“I never, ever thought that we’d be two seconds off,” said Hamilton. “It’s way, way worse than I thought. It hurts, believe me it hurts, but at this point you’ve got to laugh it off and just say I’m not fighting for a championship. If I get too serious and too low, I’ve got a responsibility to try and keep morale high. You’ve got to keep pushing, you can’t be discouraged. Yes it sucks and it’s slow.” 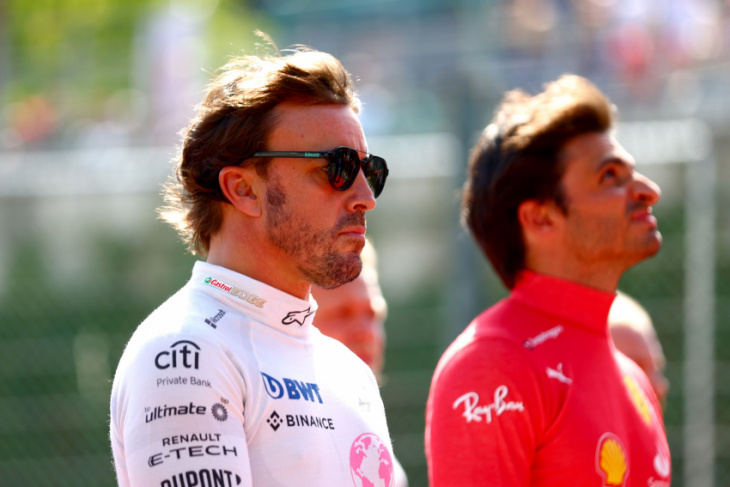 Fernando Alonso was not exactly happy with Lewis Hamilton after a first-lap incident at Spa on Sunday.

Hamilton quipped that Mercedes has to “make sure the next car is not like this one at all,” in a bid to recover its title aspirations.

Hamilton’s subsequent race was short-lived. He challenged Fernando Alonso for second early at turn 7 of the opening lap but the pair collided, tipping Hamilton’s car skywards, and causing terminal damage. It ended Hamilton’s streak of finishing every race in 2022.

Alonso was irate, radioing that Hamilton was an “idiot,” and suggesting the 103-time race winner “only knows how to drive when starting first.”

Stewards investigated the incident but rightly deemed no further action was necessary. Hamilton was nonetheless magnanimous about the situation.

“Looking back at the footage, Fernando was in my blind spot and I thought I left more room than I did, so it was my fault and I paid the price,” said Hamilton. “I’m just sorry for the team, we had a chance of P3 and P4 today.”

Wolf Not Happy, Either

George Russell went on to salvage fourth for Mercedes, having been within reach of Sainz, but Mercedes team principal Toto Wolff was unhappy with the W13’s performance in Belgium.

“We really need to find out how we can improve our car because the gap is just too big,” said Wolff. “We’re giving the drivers a very difficult car to drive and it hasn’t got the pace on a single lap so we need to work ourselves out of this situation. It’s important we stay level-headed, keep our spirits up and don’t flip too much between elation and depression – this weekend is a low but in Hungary three weeks ago, we were thinking we will absolutely win a race, so we’ll never give up.”