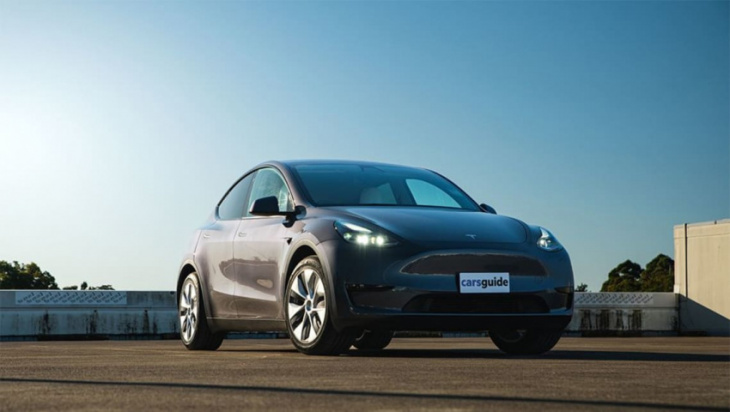 The Australian Government’s Vehicle Recalls program has identified software issues in as many as 15,914 Teslas, both Model 3 and Model Y, which could affect the vehicles’ safety.

Managed by the Australian Competition and Consumer Commission (ACCC) and the Department of Infrastructure, Transport, Regional Development, Communications and the Arts, the recall program says all Model 3 and Model Y variants within the 2022 model year are affected.

The recall outlines the electric cars’ software issue as affecting the tail-lights, stating they may not work properly and could cause Teslas to be hard to spot at night time.

“Due to a software error, the tail lamps on one or both sides may not illuminate as intended. If this occurs during dark conditions, the traffic behind will have reduced visibility and may not be able to identify the vehicle,” the recall statement said.

It also specifies, however, that the defect doesn’t affect the physical brake lights, reverse lights, and indicator signals.

The good news for Tesla owners is that, because the error is software-based, the almost-16,000 cars don’t actually need to be booked in with Tesla for a fix.

Tesla’s over-the-air (OTA) updates have been able to fix the error, so the recall issued by the government intends mainly to ensure that Tesla owners have checked their vehicle software is up to date.

“The software release that contains the remedy has deployed over-the-air to all affected vehicles,” it said.

Keyword: Almost 16,000 Teslas in Australia including Model 3 and Model Y recalled for software safety issues, but there's an easy fix