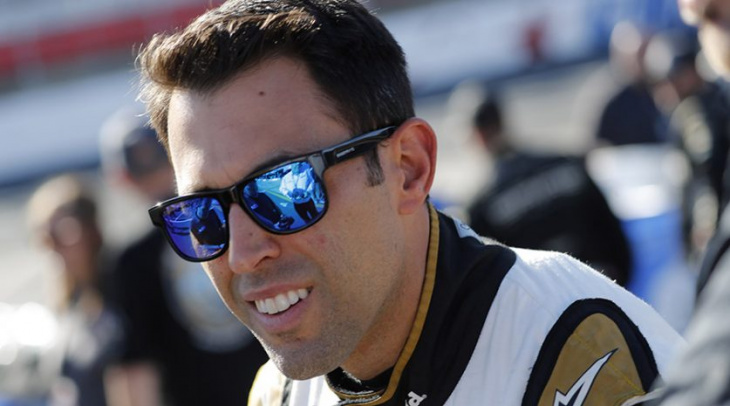 DEARBORN, Mich. – Aric Almirola is used to having the iconic Ford blue oval on his stock car every week, but for Saturday’s annual Bristol Night Race he’s going to have more than just a decal as a full BlueOval City wrap takes up residence on his No. 10 Mustang.

Announced one year ago as a key component to Ford’s electric future, BlueOval City is located in Stanton, Tenn., over a six square mile area that will produce Ford’s next all-new electric truck. 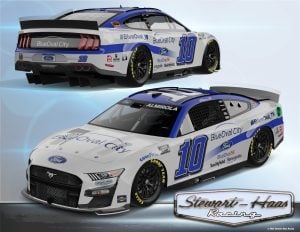 The $5.6 billion investment will result in one of the largest auto manufacturing campuses in U.S. history and the assembly plant will be designed to be carbon neutral from the start of production in 2025.

“Ford is enthusiastically embracing an electric future and BlueOval City is going to be at the forefront of this new era,” said Kel Kearns, Electric Vehicle Center plant manager at BlueOval City.  “We know how much Tennessean’s love motorsports, so to be on Aric’s car this weekend for one of the most popular events of the season is a wonderful way to spread the message of who we are and the arrival of BlueOval City.”

Almirola, who is in his fifth season driving for Stewart-Haas Racing and 11th year overall with Ford, has three career Cup Series wins.  After saying at the start of the season that this would be his final year as a full-time competitor, he announced two weeks ago that he will be returning in 2023.

“One of the things I’ve learned during my time driving in NASCAR is that when you become a Ford driver, you become part of the Ford family,” said Almirola.  “We know how important electrification is to Ford’s future and after driving vehicles like the Mustang Mach-E, I can see why.  I’m excited to represent BlueOval City and hope I can give them a good run on Saturday night in Bristol.”

In addition to producing electric trucks, the BlueOval City campus will also include a BlueOval SK battery plant that will produce batteries for future Ford and Lincoln vehicles.

BlueOval City is part of a larger $11.4 billion manufacturing investment by Ford and SK On to build both BlueOval City in West Tennessee and BlueOval SK Battery Park in Central Kentucky, which will create 11,000 jobs between the two campuses.