After six years in development, Pagani has unveiled its third all-new model, the Utopia 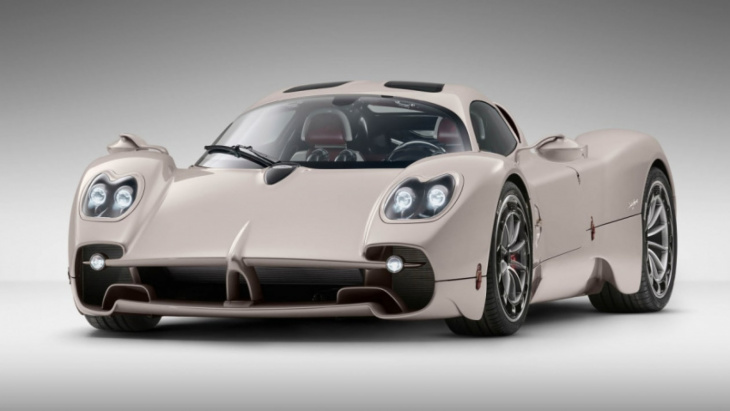 Launched as a successor to the iconic Huayra and Pagani’s third model since the original Zonda C12, the Utopia has finally arrived. Presenting a familiar ethos, but with a 2022 twist, the new hypercar will be limited to just 99 units worldwide with prices starting at c£2.2m.

The brief was to create a model with an increased focus on simplicity and lightness, while retaining the same exotic ingredients featured in every Pagani since the original Zonda. Six years of development later, Pagani has created the Utopia.

> Pagani Huayra R goes testing on video: behind the scenes

Blending ‘50s and ‘60s design elements with clear cues from the Zonda, the Utopia drops the flowing design of the Huayra for a blockier aesthetic, with the rear end taking clear inspiration from the original Zonda. In an effort to reduce weight, Pagani machined its bodywork from solid aluminium, with optimisation of composite components also helping to reduce weight.

Unlike many of today’s hypercars and most of Pagani’s recent Huayra-based creations, the Utopia forgoes obvious aerodynamic appendages and instead incorporates the majority of its aero elements under the skin. The front splitter and bonnet aid downforce and cooling in one fell swoop, with the rear featuring subtle active aero within its bodywork – the result is an even 46-54% aerodynamic balance front-rear. 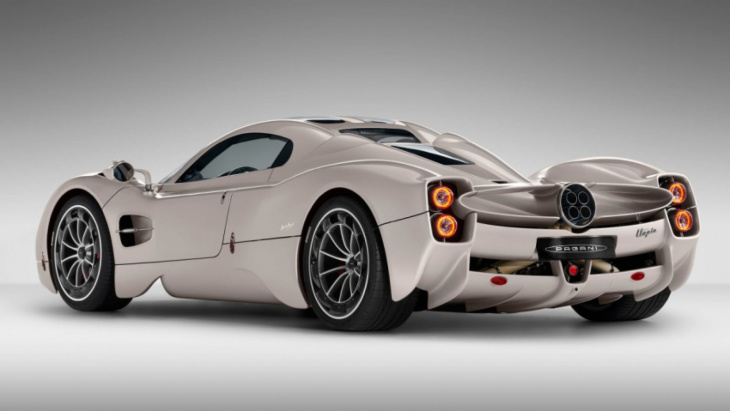 Under its new skin is a composite monocoque chassis, constructed from high tech Carbo-Titanium HP62 G2 and Carbo-Triax HP62 boosting torsional rigidity by 10.5 per cent over the previous Huayra. The result of these weight saving measures is an impressive 1280kg dry weight, down 70kg on the original Huayra and up just 70kg on the Zonda.

Independent double-wishbone suspension and semi-active shock absorbers are also new to the Utopia, said to have been developed from the Huayra R. Also carried across from the likes of the £6m Huayra Codalunga is a ceramic-coated titanium exhaust system weighing just 6kg all told.

The Utopia features the same 6-litre Mercedes-AMG-developed twin-turbocharged V12 as the Huayra. There is a power bump though, with output at 852bhp and 811lb ft of torque, up 24bhp over the most powerful road-going Huayra – an uprated valve train system also lifts the limiter to 6700rpm. Power is sent to the rear wheels through either a lightened, upgraded seven-speed Xtrac automatic transmission or a new seven-speed manual. 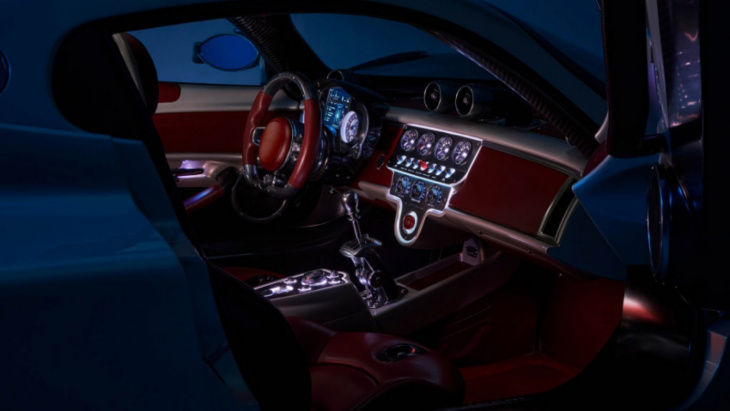 Its staggered 21- and 22-inch wheels are forged aluminium APP Tech items, featuring carbonfibre turbine elements to draw heat away from the brakes and reduce under-body turbulence. It’ll need plenty of cooling performance too, with six-piston calipers acting upon 410mm carbon ceramic discs up front, with 390mm, four-piston units at the rear. Tyres are 265-section front and 325-section rear Pirelli PZero Corsas, with SottoZero winters available as an option.

The cabin remains typically Pagani, free of large digital displays and with plenty of leather, technical metalwork and that trademark exposed gear linkage. New for the Utopia though are dials featuring ‘skeleton’ elements to reveal the movement within, with new illuminated sections throughout and even the steering wheel redesigned and machined from a single block of aluminium.

Just 99 examples of the Pagani Utopia will be sold, with prices starting from £2.2m.