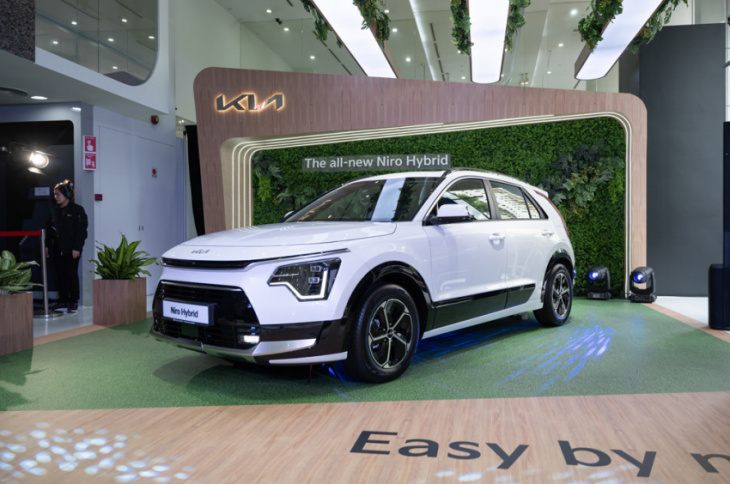 The all-new Kia Niro Hybrid is now in Singapore.

The first-generation Niro Hybrid was crafted to appeal to buyers with its crossover design (versus the teardrop shapes of other hybrids), and the second-generation model follows this philosophy.

That said, the latest model features Kia’s rounded “Tiger Face” that extends from the bonnet to the fenders, giving the crossover a futuristic look without the need for a large central grille seen on many new cars today. The clean styling continues to the rear, which has a pair of boomerang-shaped LED tail-lights.

The Niro’s most unique components are the Aero C-pillars, which direct airflow between them and the car’s body. These pillars can be specified in a contrasting colour from the body, although Cycle & Carriage says it is still “working out the price” for this option.

Together with the other aerodynamic elements, the Niro Hybrid boasts a drag coefficient of 0.29 cD. 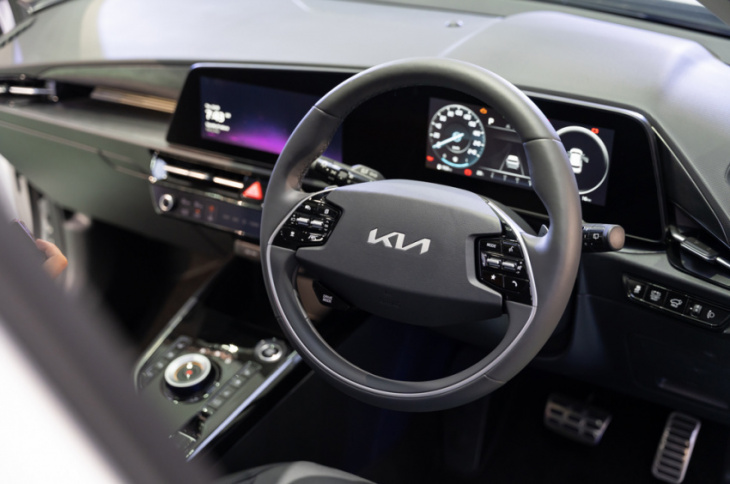 The cabin is roomier than before as a result of the car’s larger dimensions and longer wheelbase.

Held together in a panoramic curved display on the car’s off-centre dashboard are a fully-digital Supervision Cluster for the driver (4.2-inches in the EX-variant, 10.25-inches in the SX-variant), as well as a 10.25-inch touchscreen for the infotainment.

One of the highlights is the novel LCD keyboard that functions as a switchable controller. It lets one toggle between touch buttons for the infotainment, or for climate control.

The Niro Hybrid notably also gets a pleasant-looking, chunky two-spoke steering wheel with multi-function physical buttons, similar to the one in the all-electric EV6.

Given the car’s green credentials, the Niro Hybrid’s interior design was motivated by considerations for passenger comfort and eco-conscious manufacturing practices. More than 50% of the vehicle’s headlining is made from recycled plastics, while its multi-use cargo screen is largely made out of recycled fibres.

The SX variant features a shift-by-wire knob, while the EX model gets a conventional gearshift lever.

The seats are also made out of vegan leather from eucalyptus trees. Kia says that it has managed to arrive at an “optimal firmness” for them with its combination of bolsters and contours, all while making them slimmer to maximise head and legroom within the cabin.

As we’ve come to expect from Kia, the front seats are also ventilated (on the SX trim), and feature integrated USB-C charging ports for rear passengers.

Similar to its predecessor, the Niro Hybrid is driven by a 1.6-litre petrol engine, paired to a 32kW electric motor (it draws power from a 1.32kWh lithium-ion polymer battery), to produce 128bhp at 5500rpm, and 144Nm of torque at 4000rpm. 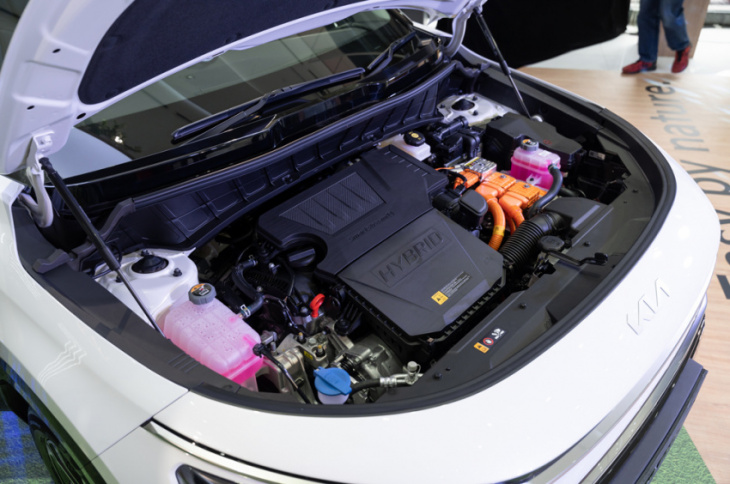 The power units are mated to Kia’s second generation 6-speed dual-clutch gearbox, which is lighter than before. In addition, the crossover now uses Kia’s all new Smartstream engine – rather than the Kappa engine in its predecessor – which offers better performance and fuel efficiency.

Kia claims an average fuel consumption figure of 25km/L. The crossover is sold with a Category A COE, and qualifies for a $15,000 rebate in Band A2 of the VES.

The Niro Hybrid is being offered in Singapore in the entry-level EX, and more premium SX trims, but buyers can already expect a long list features should they opt for the former.

The SX variant, on the other hand, comes with the full course of Advanced Driving Assistance System (ADAS) technologies, including adaptive cruise control and Kia’s Safe Exit Assist, which prevents possible collisions with a rear side vehicle when an occupant opens the door to exit the car. 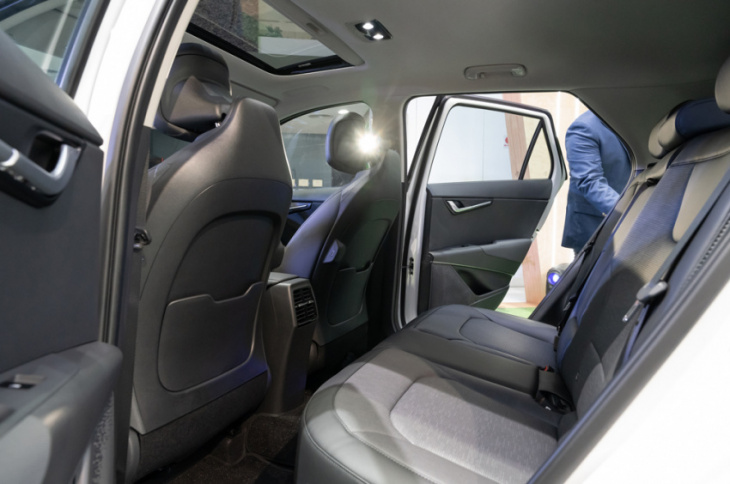 The latter feature is currently found only on higher-end models in Kia’s range, such as the Carnival MPV.

The Niro Hybrid SX also comes with a powered tailgate, electronically adjustable driver’s seat, fog lamps, and a sunroof. Another significant difference is that the conventional gear lever is replaced by a rotary knob.

Both trim levels of the Niro Hybrid are currently being offered with a two-year complimentary subscription to the brand’s connectivity app, Kia Connect Lite.

The app allows drivers to remotely access various functions in the car, such as pre-setting the climate control before getting into the vehicle. In addition, drivers can access real-time diagnostic data for the car, and track and arrange servicing appointments with distributor Cycle & Carriage.

There are currently no plans to bring the plug-in hybrid Niro into Singapore, although the Niro Electric will soon be available. 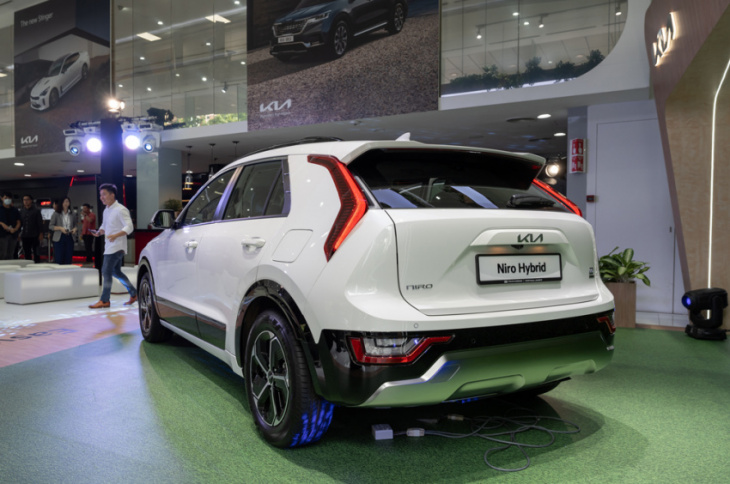