Priced between RM263k and RM308k, there are there variants available 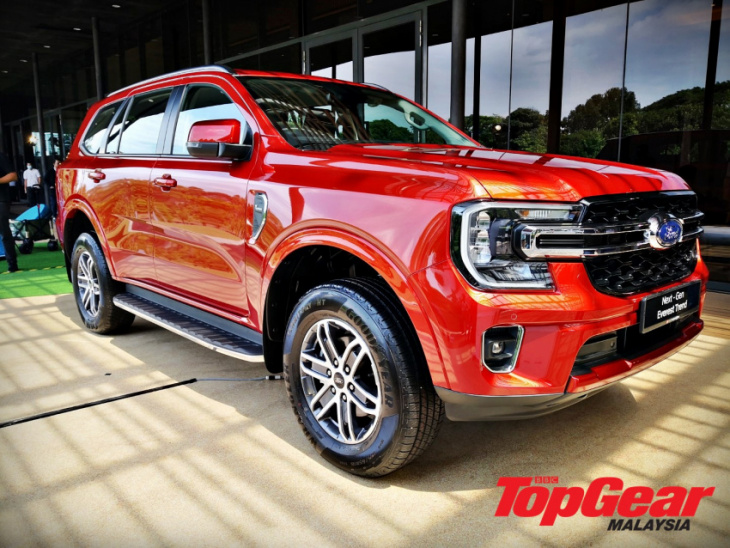 Ford engineers have lengthened the next-generation Everest’s wheelbase by 50mm. The track has also increased by 50mm. These changes combine to provide better on-road control and off-road articulation as well as improved approach and departure angles. 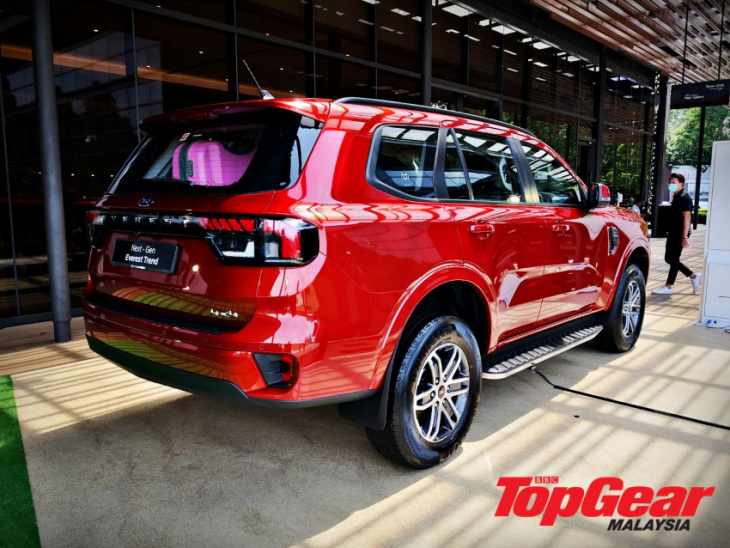 Essentially a Ranger with a roof and a boot, the front end of the Everest is identical to the Ranger, featuring the C-clamp LED daytime running lights (DRL) integrated with a full-width horizontal grille bar. A the rear, we have integrated full-width LED taillamps.

In terms of wheels, the Sport and Titanium come equipped with 20-inch alloys, while the Trend rides on 18-inch alloys. In case you’re wondering how much water the Everest can wade, the SUV has a wading ability up to 800mm and ground clearance of 200mm.

Last but not least, the Everest Titanium variant gets a hands-free power liftgate and now features a new dual panel panoramic sunroof. 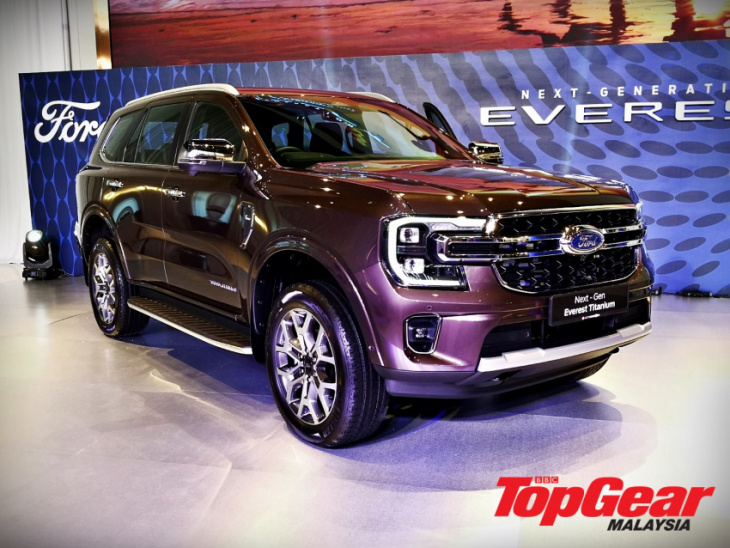 Inside, there are 10 cup holders in total located at the centre console, armrest, dash-mounted ‘pop out’ holders and in the rear. There is more elbow, leg and shoulder room in the front and back and access to the third-row seats is much easier thanks to second-row seats that slide further forward than before.

Ford has prioritised flexible seating in the next-gen Everest, with power folding seats on the Titanium variant. The second and third row seats have been designed to fold flat to allow for long loads to be carried safely.

To stop items from falling out of the back when the tailgate is lifted, designers created a small lip, affectionately known as the “apple catcher” valley, at the rear of the cargo area. There is also an underfloor storage space that helps keep the rear of the Everest organised. 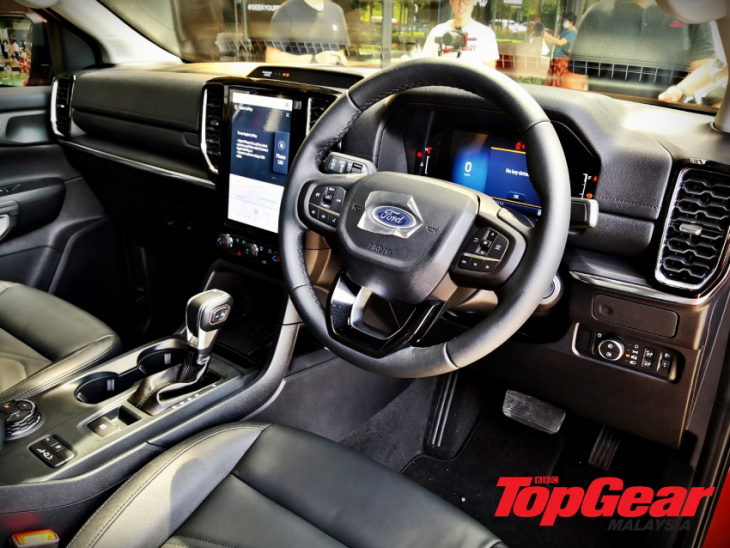 Additionally, the Titanium has a 230V AC power outlet capable of delivering 400W (up from 150W).

At the heart of next-gen Everest’s connectivity is a large, high-resolution portrait 12-inch touchscreen in the Titanium (10.1-inch for the Trend and Sport), loaded with Ford’s latest SYNC® 4A infotainment system with wireless Apple CarPlay and Android Auto connectivity and eight speakers.

The next-generation Everest Titanium is also fitted with a 360-degree camera with split-view display while the Trend and Sport are equipped with reverse cameras in addition to front and rear sensors. 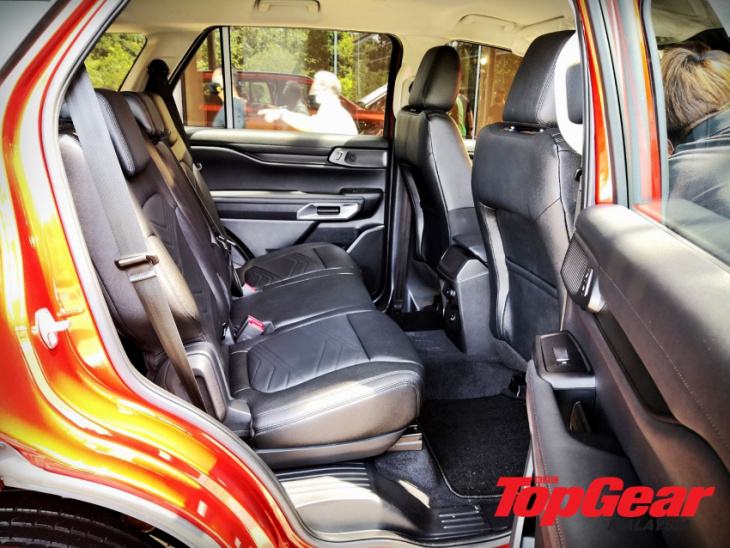 All versions of the next-gen Ford Everest also come standard with 8-inch or 12-inch digital instrument panels that replace the traditional analogue clusters, four USB charging ports (one of which is windscreen-mounted) and a wireless Qi charger.

Both the Everest Trend and Titanium are powered by the 2.0L Bi-Turbo powertrain that is mated to Ford’s 10-speed SelectShift automatic transmission, which delivers 210 PS and 500Nm of torque. 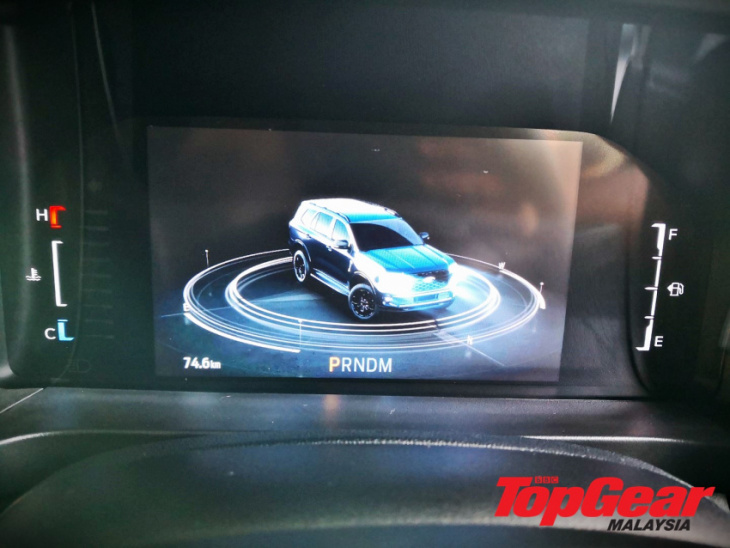 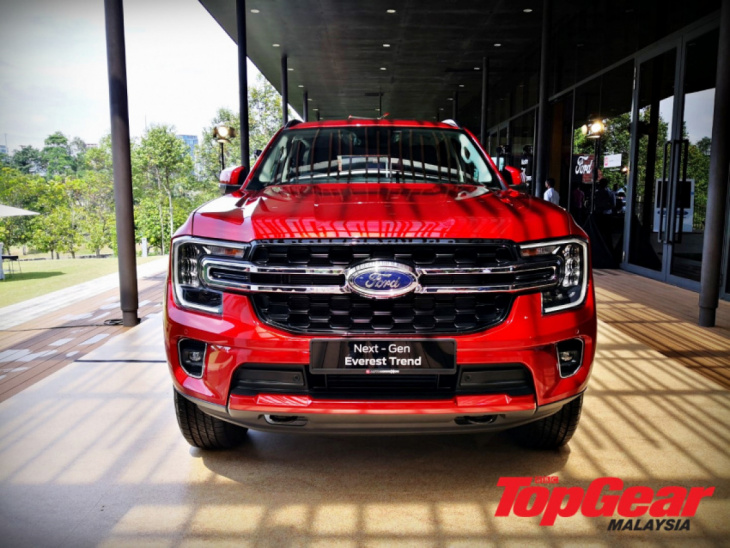 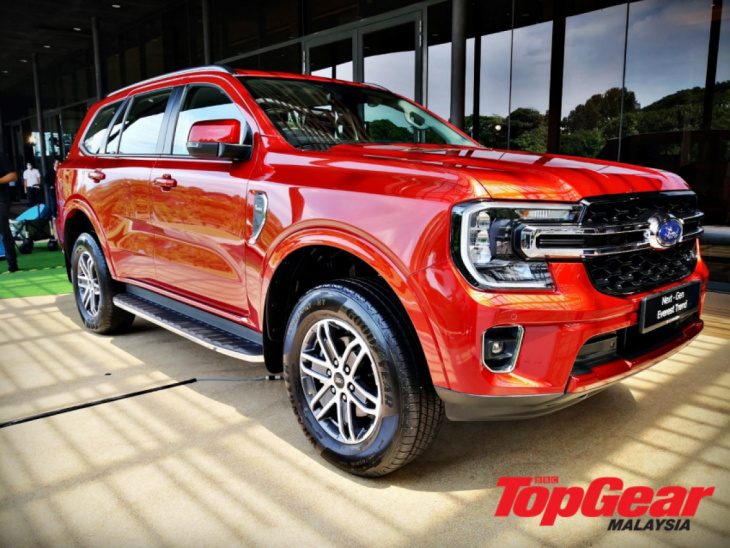 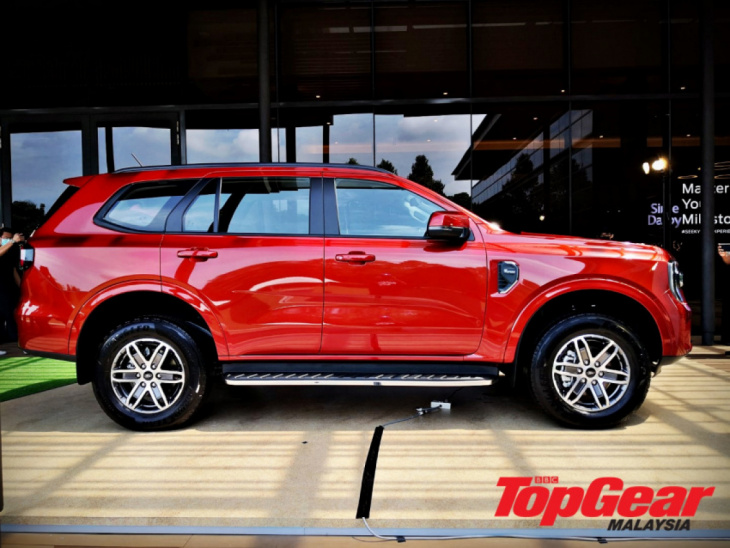 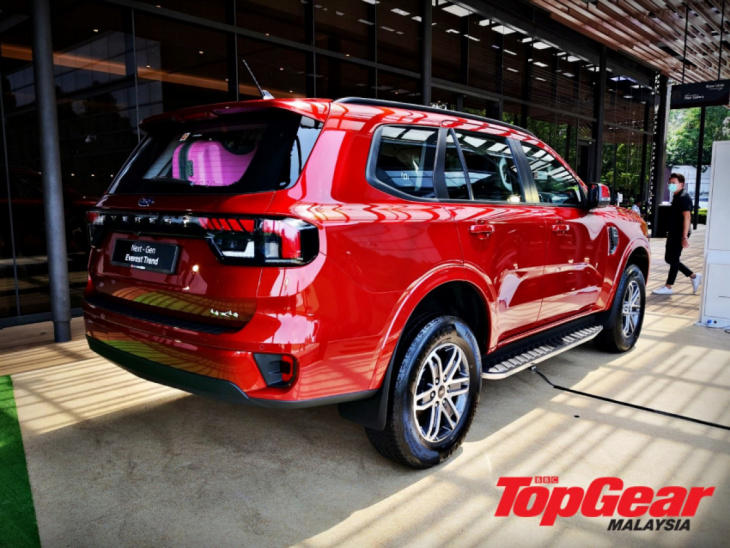 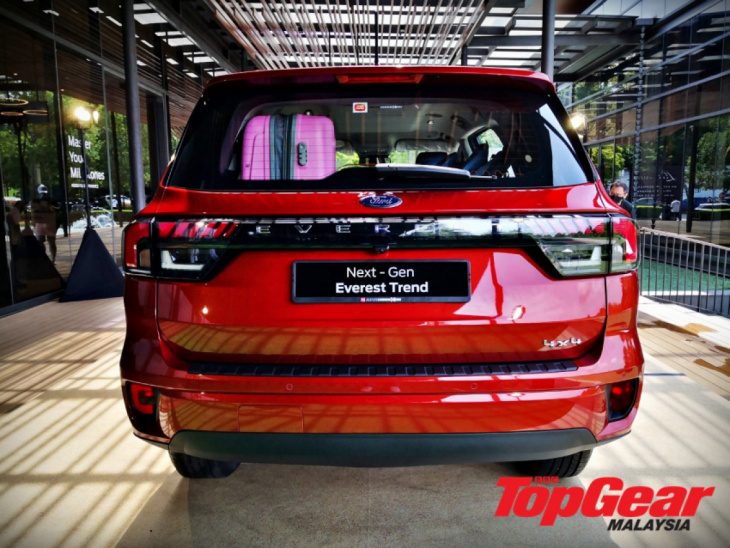 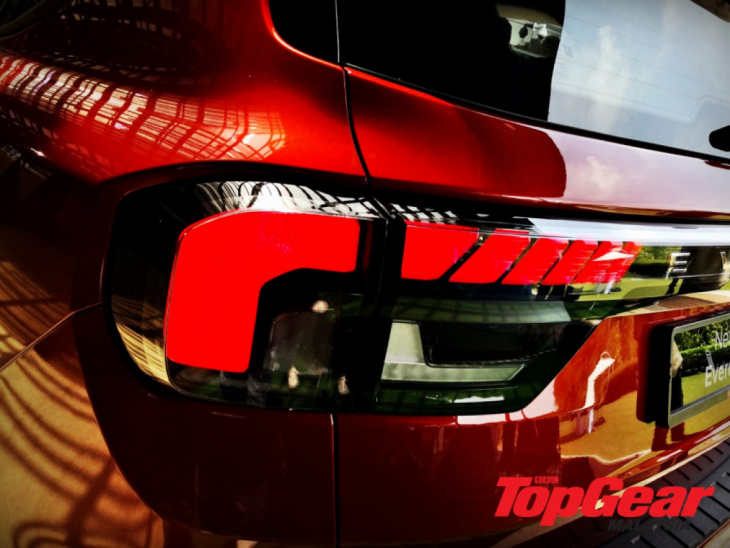 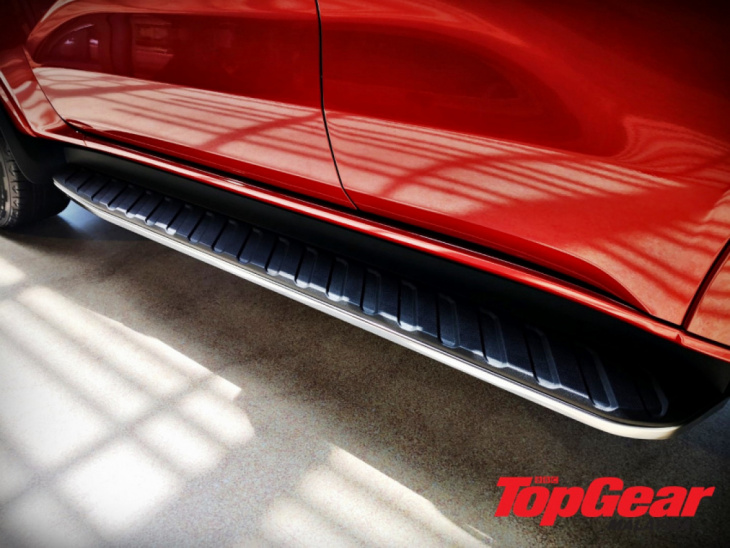 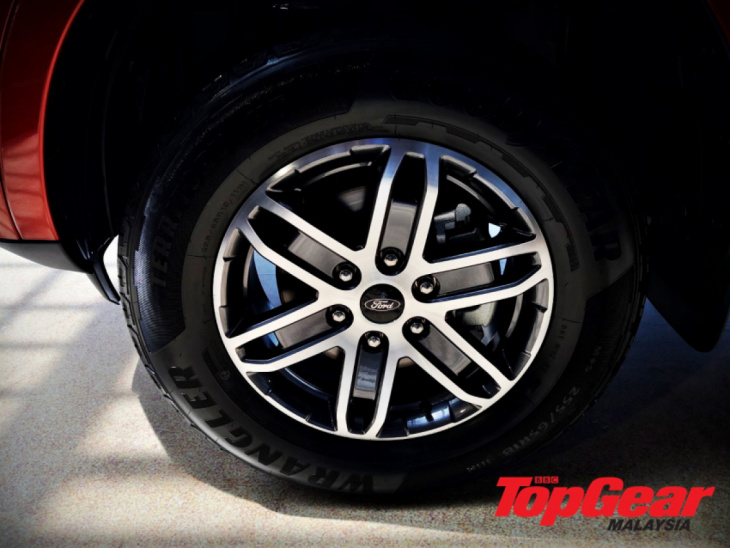 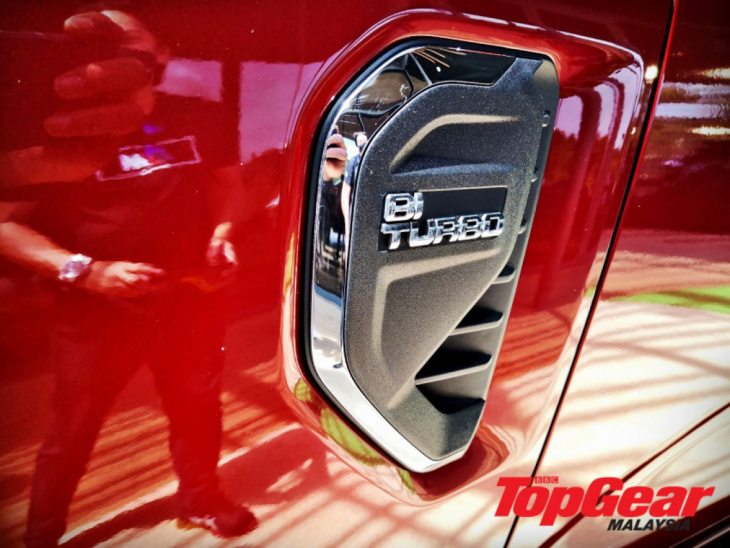 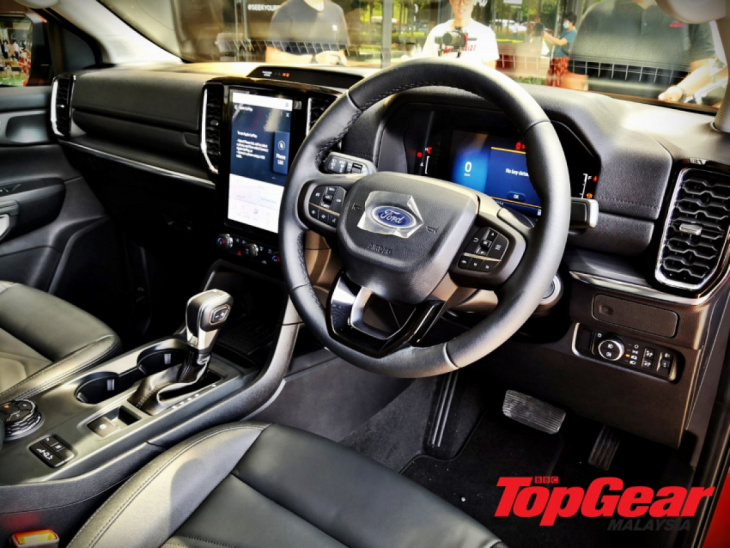 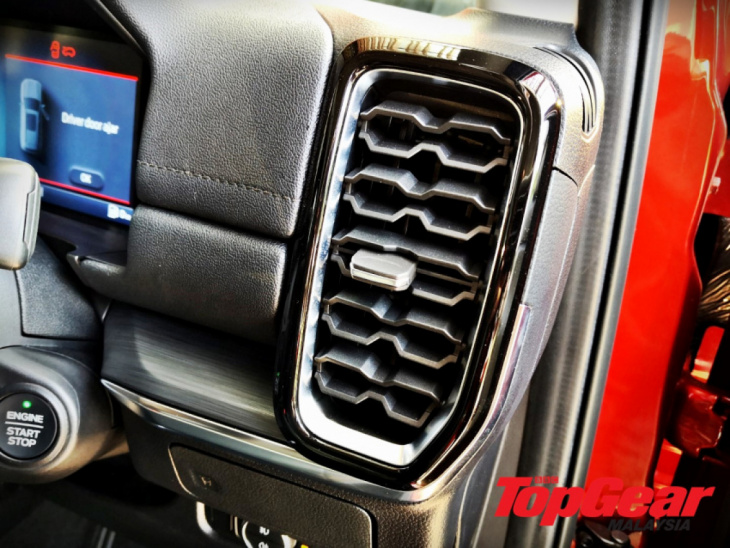 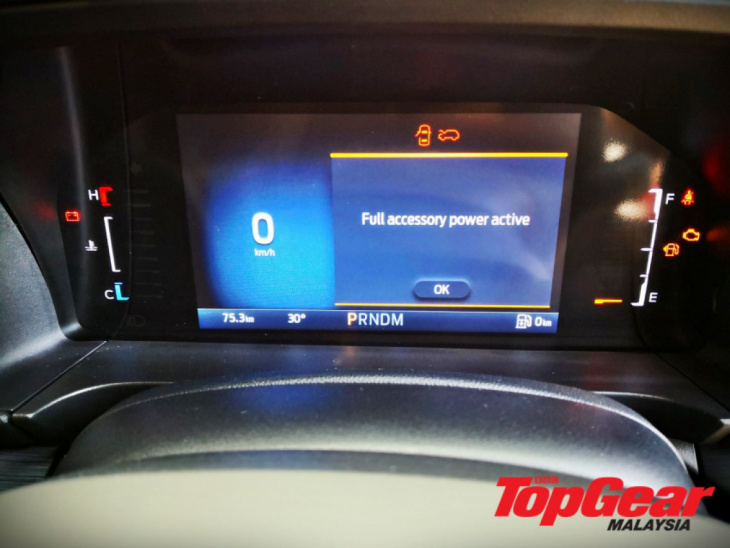 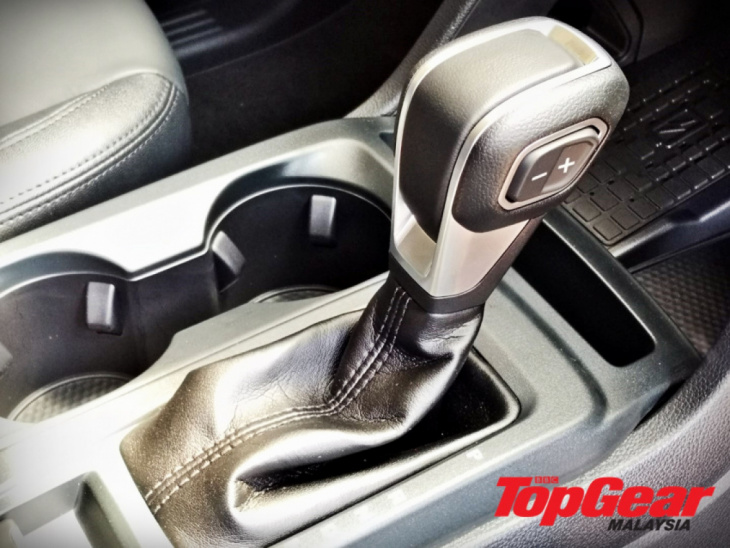 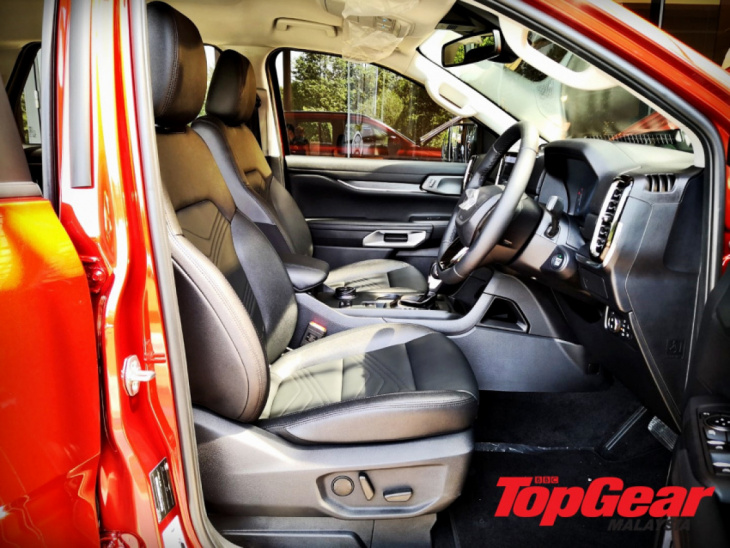 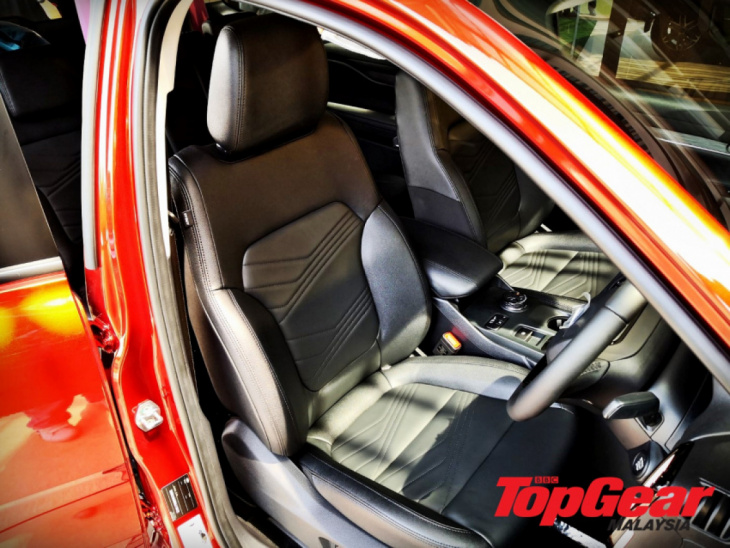 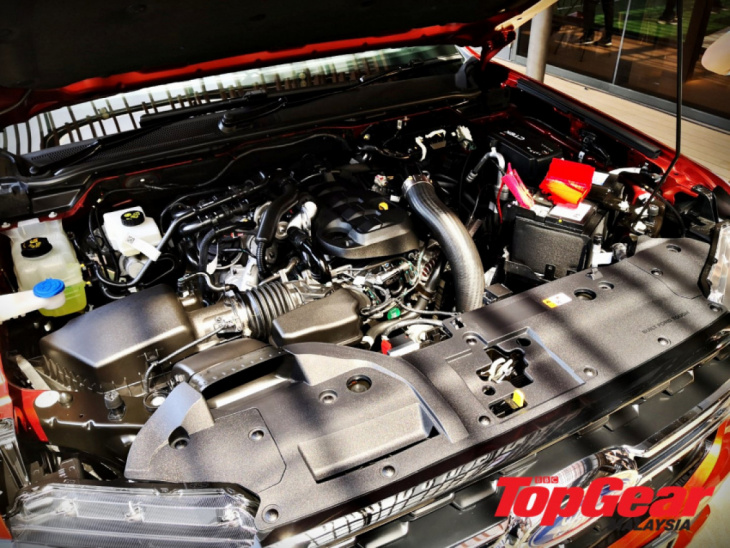 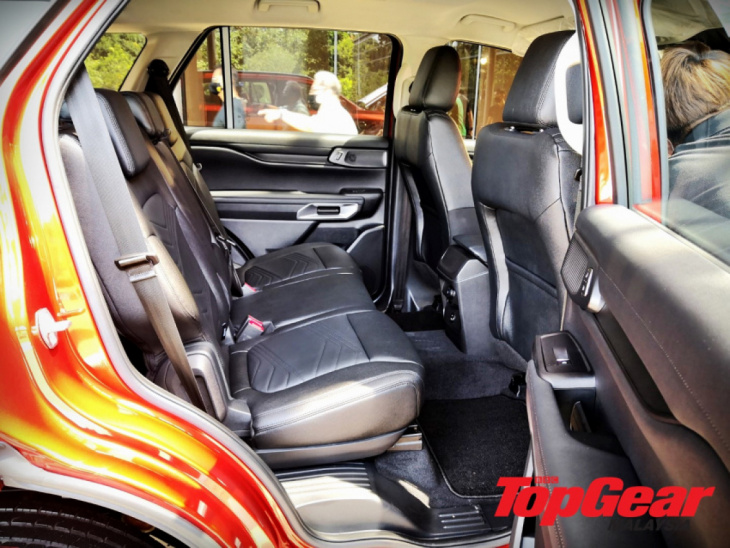 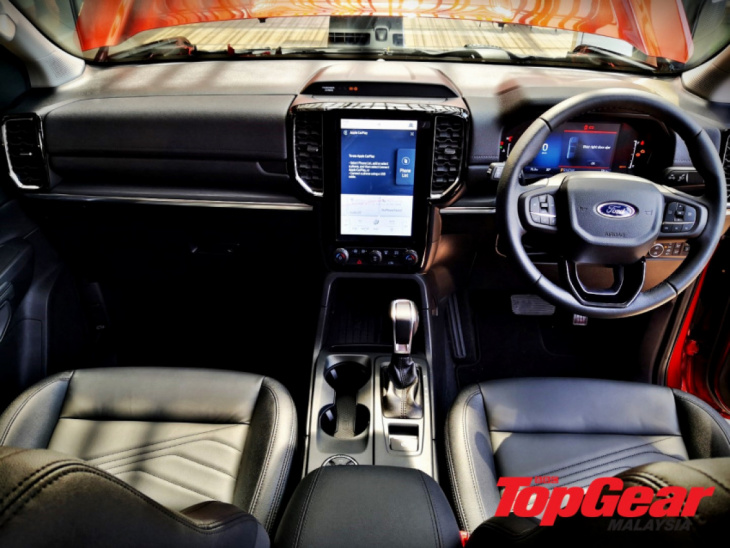 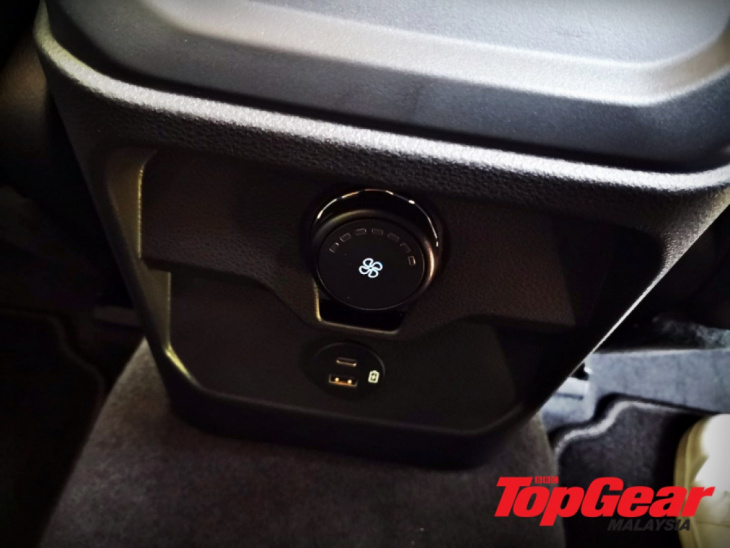