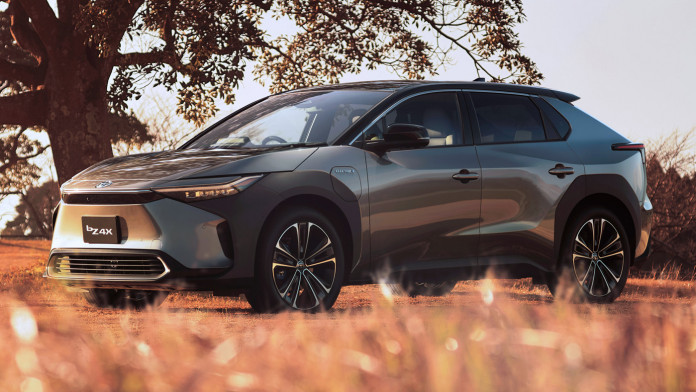 UMW Toyota Motor has announced that the all-electric Toyota bZ4x will be launched in Malaysia in 2023. The bZ4x will be joining the three GR models that will also be launching in Malaysia “very soon”. Neighbouring countries, Indonesia and Thailand have already launched the bZ4x, albeit in two different versions.

Being the first model in the beyond Zero (bZ) series, the Toyota bZ4x features a hammerhead shark-like design that can also be seen in the China-only bZ3. Even the all-new Prius features a similar front end. The bZ4x made its global debut in late 2021 and debuted in ASEAN last month with Thailand getting the all-wheel (AWD) drive version and Indonesia getting the front-wheel drive (FWD) version.

As for charging, the bZ4x can handle 6.6-kW AC charging and 150-kW DC Fast Charging (DCFC). Toyota says that it only takes 30 minutes to charge to 80% from 0 with 150-kW DCFC. The battery comes with an 8-year/160,000 km warranty and Toyota assures that the battery will still have 90% of its storage capacity after 10 years.

Closely related to the bZ4x are the all-electric Lexus RZ and the all-electric Subaru Solterra. Registration of interest has already been opened for the Lexus RZ on Lexus Malaysia’s official website. UMW Toyota has also installed several electric vehicle (EV) chargers at its headquarters in preparation for its upcoming EVs. The variant of the Toyota bZ4x for Malaysia has yet to be confirmed.

Keyword: All-electric Toyota bZ4x confirmed to launch in Malaysia in 2023