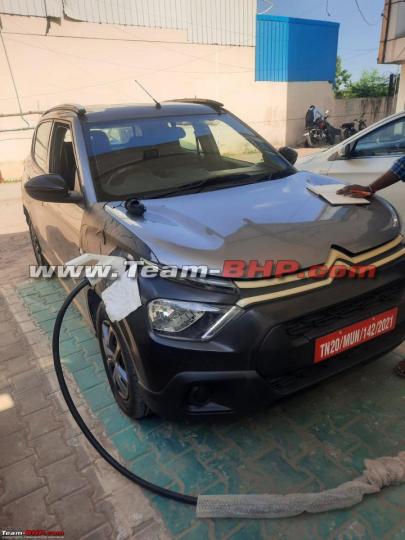 The Citroen e-C3 is expected to get a larger battery compared to the Tata Tiago EV.

The all-electric version of the Citroen C3 has been confirmed for India. According to Carlos Tavares, CEO of Stellantis, the e-C3 electric crossover will be launched early next year.

The Citroen e-C3 will be powered by a 30.2 kWh battery, which is slightly larger than the Tata Tiago EV’s 24 kWh unit. The latter has an ARAI-certified range of 315 km. Therefore, it would be safe to assume that the e-C3 might have a slightly longer range.

Reports also suggest that the Citroen e-C3 will be powered by a single electric motor with an output of 84 BHP and 143 Nm, which is higher compared to the Tiago EV.

It is said that Citroen is targeting an annual production volume of 25,000 units for the e-C3. However, this figure includes exports as well.