The crossover goes on sale early next year. 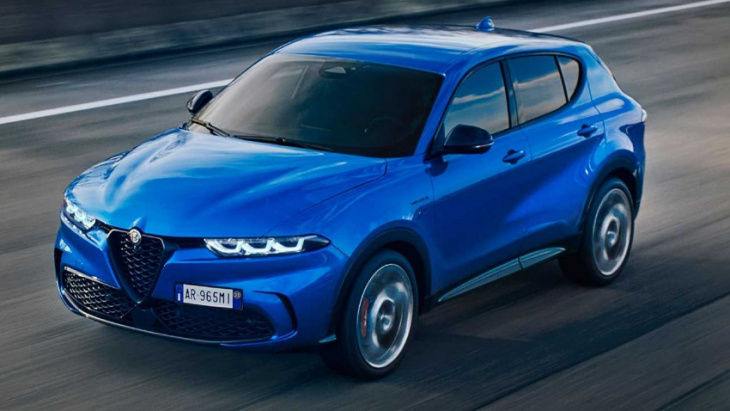 The Alfa Romeo Tonale launched earlier this year with two powertrain choices for the US. However, it will only have one when it goes on sale here early next year. The automaker has decided to offer the crossover only with the plug-in hybrid powertrain choice, dropping the turbocharged 2.0-liter option from the lineup.

The plug-in’s powertrain pairs a 1.3-liter turbocharged four-cylinder engine that powers the front wheels with a rear-mounted electric motor. The two produce a total system output of 272 horsepower (203 kilowatts). This is the Tonale’s premium powertrain option, with the turbocharged 2.0-liter engine making 256 hp (191 kW) and 295 lb-ft (400 Nm) of torque.

An Alfa Romeo spokesperson confirmed Automotive News Europe’s report with Motor1.com, adding that the company’s future is electric and only offering the hybrid helps push the automaker in that direction. The PHEV’s greater performance and more than 30 miles of electric range better align with the brand’s customers, said the company rep.

The Dodge Hornet, strikingly similar to the Tonale and also available in the US, will come with the turbo 2.0-liter. The engine makes 265 hp (198 kW) in the Dodge, which is more than the Alfa would have made. The automaker will also offer the Hornet with the plug-in hybrid powertrain, but it’ll make 285 hp (213 kW) in this application.

The Alfa Romeo Tonale is a much-needed model in the automaker’s lineup. It sits below the larger Stelvio in the hierarchy, with the Giulia sedan rounding out the portfolio. Alfa has plans to be an electric-only company in just a few years, so focusing on batteries over a 2.0-liter turbo engine makes sense.

The Alfa Romeo Tonale will go on sale sometime early next year. The automaker hasn’t released pricing information, but rumors suggested that the price would start in the high $30,000 range. However, with Alfa dropping the 2.0-liter engine, the Tonale’s starting price might go up. We’ll have to wait for official pricing information, which will likely arrive closer to its on-sale date. The Hornet is expected to go on sale soon.

Keyword: Alfa Romeo Tonale Drops 2.0-Liter Turbo In US, Will BE PHEV Only