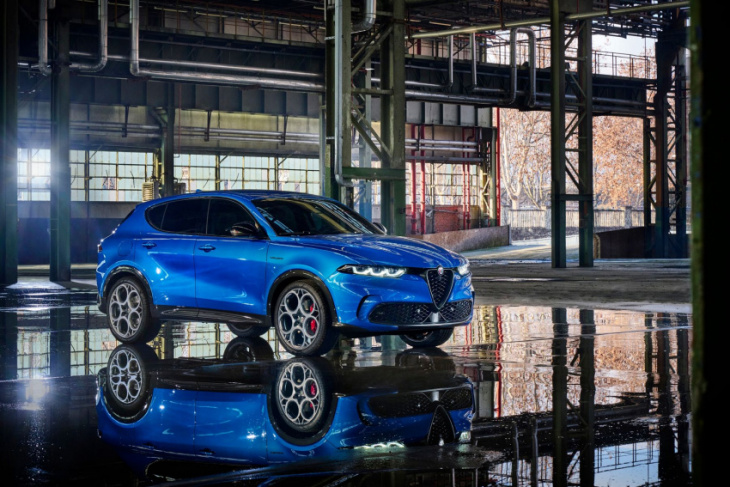 The Alfa Romeo Tonale debuted earlier this year with a couple of powertrain options – one gas and one plug-in hybrid – but now the Italian brand has decided to do away with the 256-hp turbo 2.0-litre four-cylinder in the interest of lowering CO2 emissions, say new reports.

In other words, they’ve axed the ICE. How very European.

Alfa Romeo CEO Jean-Philippe Imparato told Automotive News Europe the removal of the gas Tonale from the U.S. lineup resulted in a 40-per-cent reduction in carbon emissions, which may have been a savings simply too tempting not to take. That leaves the 272-horsepower PHEV for the North American market.

It is the peppier of the two options, using a 1.3-litre turbocharged four with a mild-hybrid belt-alternator-generator for added torque; and a 90-kilowatt electric motor for the rear wheels to in total offer 48 km of all-electric driving. But would there have been a number of Canadians reluctant to volunteer for a more expensive PHEV for their long and rugged commute, who would’ve preferred a simple gas-powered option? Perhaps.

Solace for that set of shoppers, if they exist, may be found in the Dodge Hornet, which has tons of Tonale-ity in that it’s based on the same platform and shares many features, including much of the interior and the entire infotainment system. And to the point of our story, the Hornet is available as a PHEV or as a good old gasser.