Williams Formula 1 driver Alex Albon is expected to leave hospital on Tuesday after successful surgery for appendicitis, which ruled him out of the Italian Grand Prix on Saturday morning.

But Albon suffered “complications” after that surgery, which resulted in him experiencing a respiratory failure and being returned to intensive care.

Albon’s participation at Monza ended after Friday practice when he was diagnosed with appendicitis. He was replaced by Nyck de Vries ahead of final practice on Saturday morning.

The 26-year-old underwent a “successful laparoscopic surgery” on Saturday at the San Gerardo hospital, which is just a few miles away from the Italian GP venue.

On the Monday after the race, his Williams team released an update on Albon’s surgery and recovery.

“He was re-intubated and transferred to intensive care for support.

“He made excellent progress overnight and was able to be removed from mechanical ventilation yesterday morning.

“He has now been transferred to a general ward and is expected to return home tomorrow. There were no other complications.” 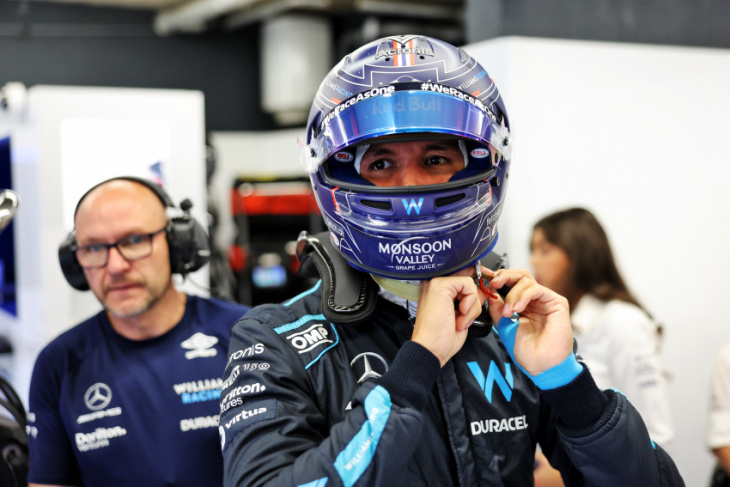 Albon has just under three weeks to recover before the Singapore Grand Prix later this month.

The team say his “full focus is on recovery and preparation” for the race, which is one of the most physically demanding on the F1 calendar.

Williams also thanked all of the hospital staff for the “excellent care and support” Albon received over the weekend.