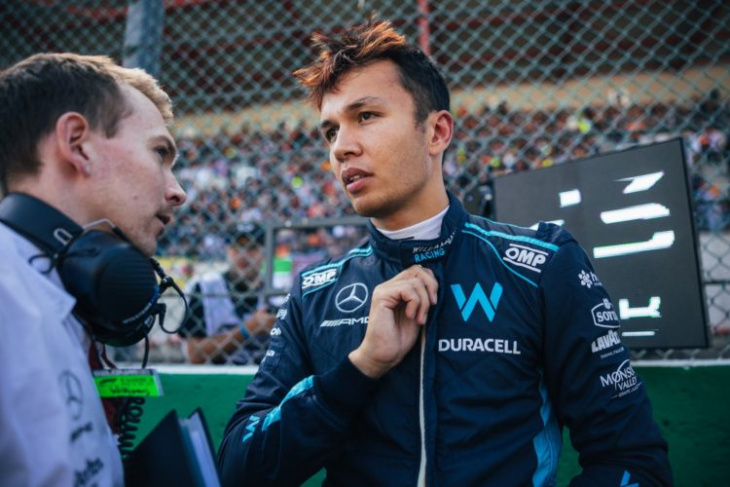 The Williams Formula 1 team has provided an update on Alexander Albon after he underwent surgery following a diagnosis of appendicitis.

Albon was forced to sit out the Italian Grand Prix last weekend, and was replaced by 2019 Formula 2 champion Nyck de Vries.

While the surgery itself was successful, Albon suffered an uncommon complication after the operation, which led to respiratory failure.

As a result, he was transferred to intensive care. Overnight, Williams says he has made “excellent progress” and has since been removed from mechanical ventilation.

“Further to Alex Albon’s diagnosis of appendicitis on the morning of Saturday 10 September, he was admitted to San Gerardo hospital for treatment,” the statement read.

Verstappen: Boos are not going to spoil my day

“He underwent a successful laparoscopic surgery on Saturday lunchtime.

“He was re-intubated and transferred to intensive care for support.  He made excellent progress overnight and was able to be removed from mechanical ventilation yesterday morning.

“He has now been transferred to a general ward and is expected to return home tomorrow [Tuesday, September 13]. There were no other complications.”

It is not yet known if Albon will be fit enough to take part in the Singapore Grand Prix later this month, however Williams has suggested that it is its aim to have him back in the car at the Marina Bay Circuit.

“Alex’s full focus is on recovery and preparation ahead of the Singapore Grand Prix later this month,” the statement continued.

“Alex would like to thank the excellent care and support he has received, including from the nursing, anaesthetic and ICU teams at Osperdale San Gerardo – ASST Monza, the FIA medical team, his Performance Coach Patrick Harding, the Williams Racing team and Dr Luke Bennett from HINTSA Performance.”

Singapore is often labelled the most physically demanding race on the calendar, which may result in the team electing to sideline him for the trip to Asia as he continues his recovery.