Albon: Belgian GP performance ‘one of my best’ 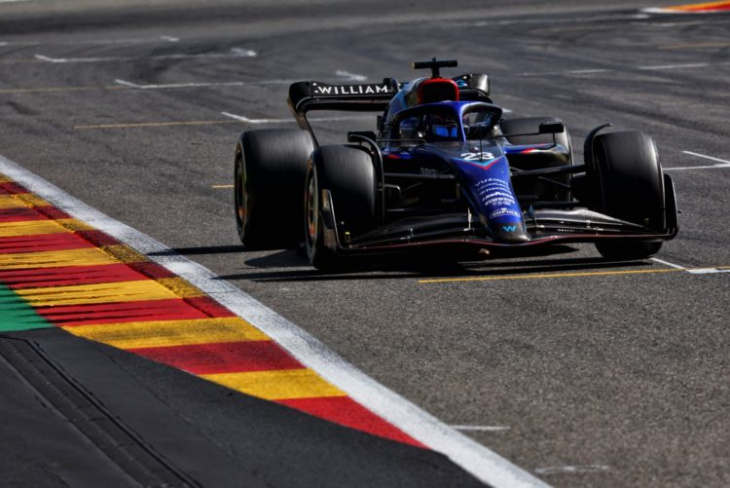 Williams’ Alexander Albon labelled the Belgian Grand Prix as “one of my personal bests” as he returned to the top 10 for the first time since May.

Albon secured a season-best sixth on the grid on Saturday after qualifying ninth before being promoted three places due to penalties elsewhere.

Albon remained in the thick of the midfield fight in the race as he utilised Williams’ strong straight-line speed to resist ostensibly faster rivals.

Albon classified in 10th place to secure his and Williams’ first point since the Miami Grand Prix.

“This was one of the tougher races I’ve done in my career and also one of my personal bests,” said Albon.

Haas’ car ‘not good enough at tracks like Spa’

“We did the best job we could and it’s a good feeling. On the lap to the grid, it was clear that tyre degradation was going to be really high and hotter track temperatures than we have had the rest of the weekend made tyre wear worse.

“On the final stint I was thinking about three-stopping, but we held on, kept Lance [Stroll] behind and then it was about not making any mistakes.

“I think, as a whole, we executed the weekend from FP1 onwards well, maximised the positive of our car being quick on the straights, and made no mistakes.

“We experimented, made the best of the tyres in qualifying and maximised the results potential in the race, so I’m very happy.

“As a team, we had a complete weekend and that’s what it shows; when you don’t have the fastest car but you do everything right, you can still come away with a point or two.”

Keyword: Albon: Belgian GP performance ‘one of my best’