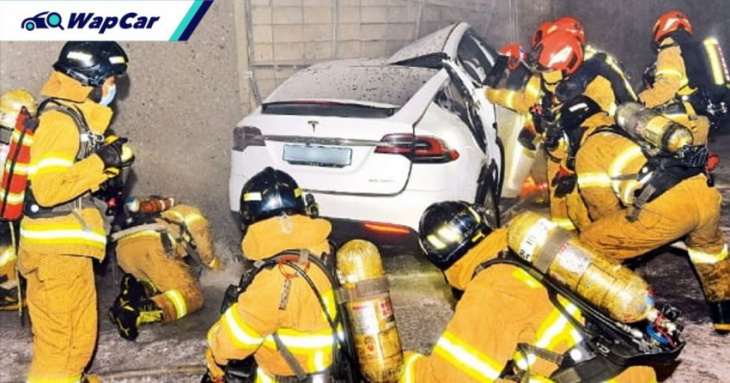 This case is eerily similar to the recent accident that happened in China, whereby a accelerated on its on and the driver could not stop the car, even with the brakes fully depressed.

While Tesla said that they are cooperating with local investigations over that crash, Tesla owners in China are not taking any risks and have placed a dashcam (DVR) in the car’s footwell.

The Korean driver, Choi Woan-jong, is a daeri unjeon, essentially a designated driver that drives clients home in their own car, usually after a drinking session.

Korean prosecutors have charged Choi with involuntary manslaughter, but Choi blames Tesla. He’s no stranger to driving Teslas, and said that the Model X accelerated on its own and the brakes failed in the accident. He also claimed that the side mirrors folded and unfolded themselves uncontrollably.

They added that Choi floored the Model X’s throttle as he entered the car park of a Seoul apartment building, reaching 95 km/h moments before crashing into a wall. 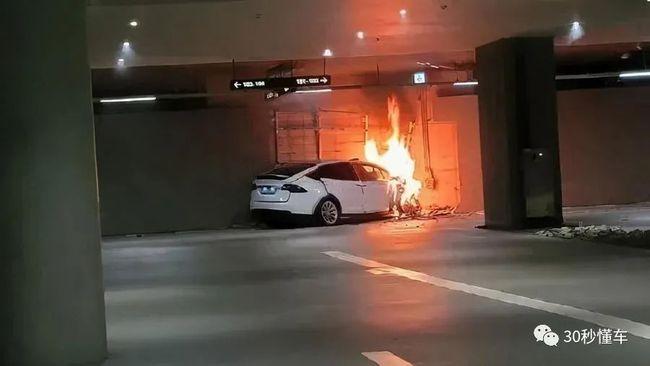 This Tesla Model X crash happened in Korea, not China

According to Reuters, Choi denies all of that. “It felt like the car was swept away by a hurricane,” said Choi.

“When I wake up, I feel abandoned, floating alone in the middle of the ocean,” Choi said, who lamented that he felt powerless in going up against a large company like Tesla. Furthermore, he said he suffers from flashbacks and depression ahead of his trial that will see his credibility pitted against Tesla.

Tesla did not respond to requests for comments about the crash and Choi’s accident. A lawyer for the deceased, Yoon Hong-guen, also declined to comment.

Reports from China mentioned that the Tesla Model Y reached 198 km/h, and this crash resulted in two casualties

The lack of a mechanical failsafe and jammed electric door handles slowed down rescue efforts by firefighters and is the reason why some safety advocates in South Korea who want to change a term in the Korea-US free trade agreement.

Under the Korea-US FTA, Tesla is not required to follow South Korea’s regulations that require at least one front and one back door to have a mechanical failsafe, because US regulations exempts car makers with sales less than 50,000 from local safety regulations.

According to registration data, Tesla sold 17,828 cars in 2021, thus exempting them from South Korea’s safety regulations. 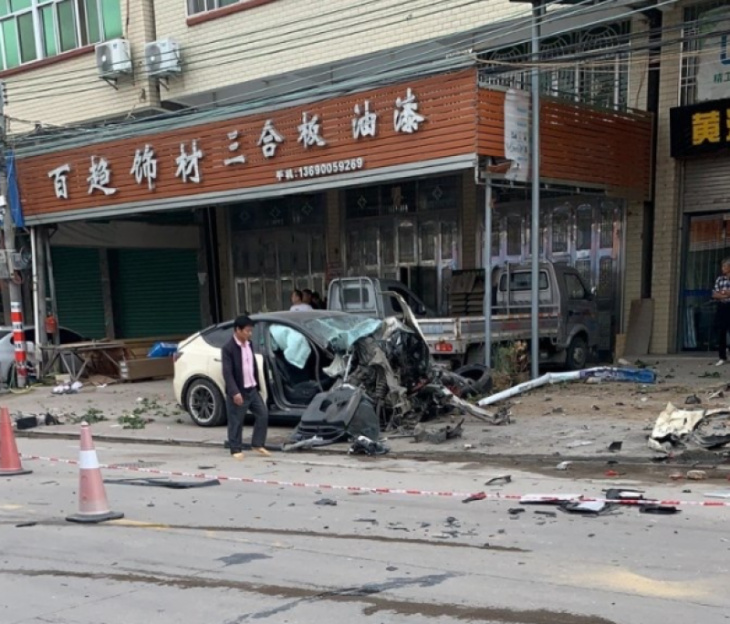 Tesla has provided prosecutors with the Model X’s vehicle data that was transmitted moments before the accident. The defense team has requested to view the data and is waiting for the court to release it.

Choi and his lawyer are looking to show that the car’s electrical systems failed and the lack of a mechanical failsafe slowed firefighters’ attempt to rescue Yoon. The Tesla’s battery caught on fire after the crash.

That said, Tesla is the only car maker that does not provide data of their cars’ onboard diagnostic systems to the Korea Transportation Safety Authority (TS) for safety checks, according to TS and Park Sang-hyuk, a lawmaker with the opposition Democratic Party of Korea. Park has campaigned for regulators to pressure Tesla to change its door handles and work with regulators.

TS mentioned that Tesla is not legally required to provide such data, but every other foreign and domestic car maker does so.

That said, Korean police said that although Tesla’s door latches may violate local safety standards, but consideration was trumped by the terms of the Korea-US FTA.