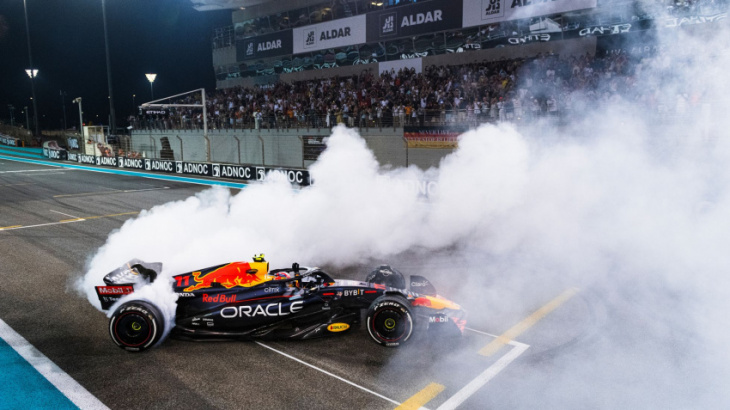 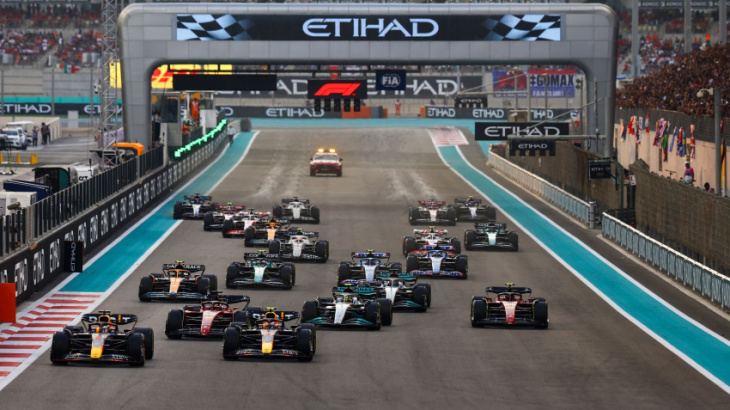 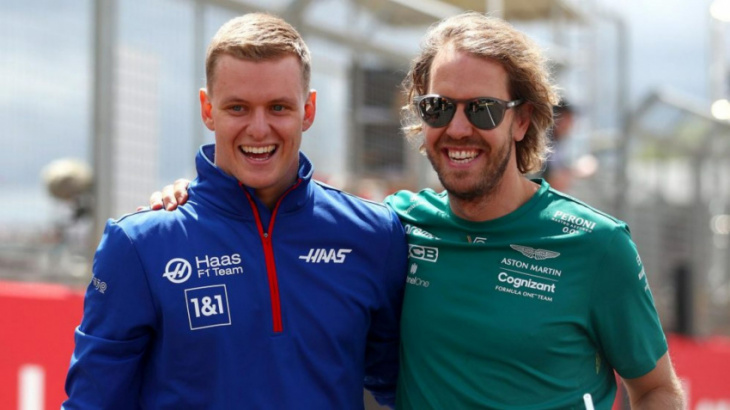 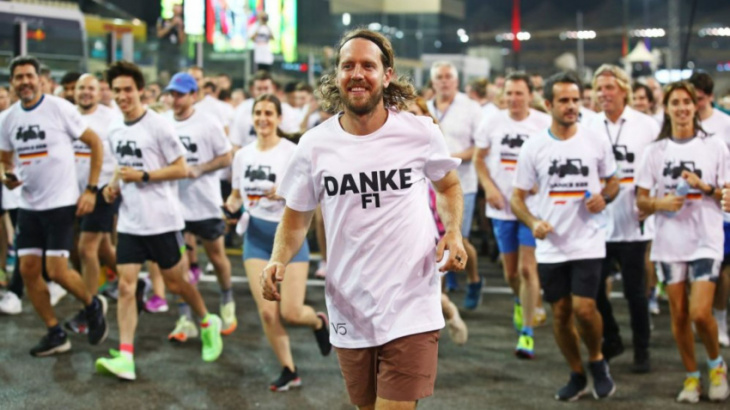 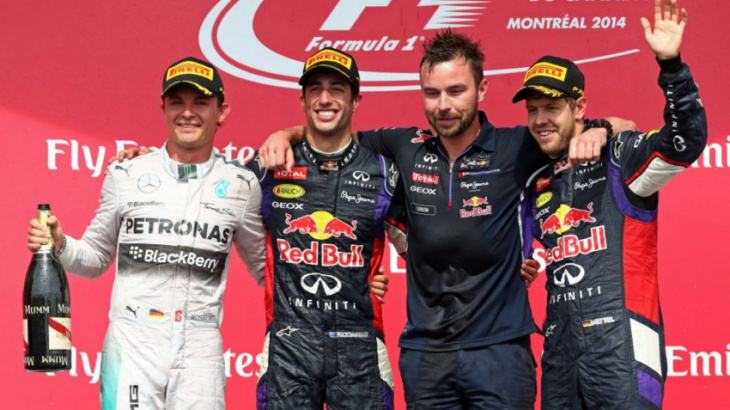 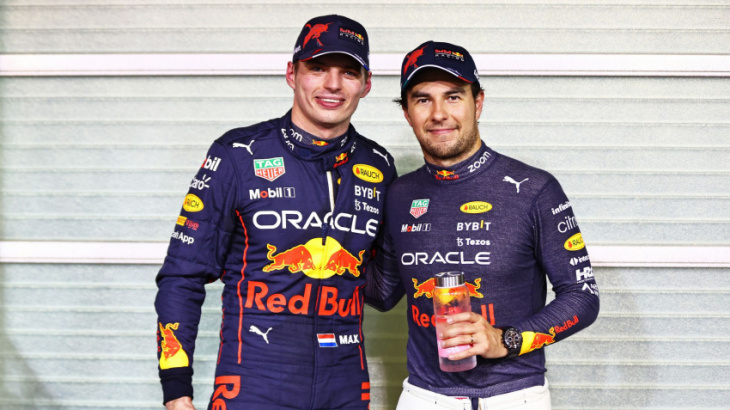 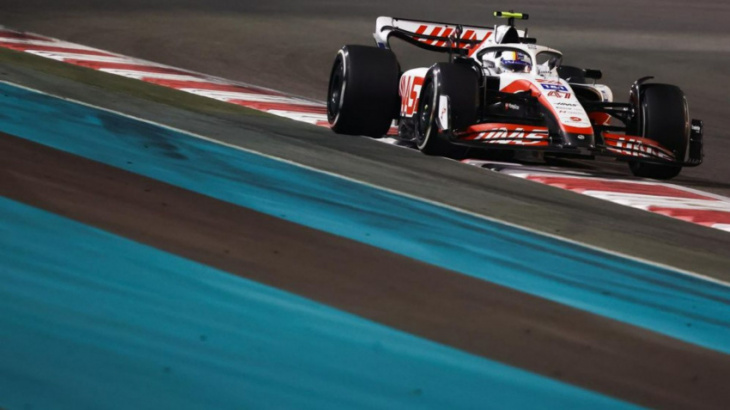 Haas finally made their move, confirming that Nico Hulkenberg is replacing Mick Schumacher. There were many goodbyes. Some are sadder than others, but Vettel's departure leaves the biggest hole. Arguably one of the most liked drivers of all time and still cut from that old school cloth that, when compared against the corporate-friendly new version of drivers we see today, one can appreciate what he brought to the sport and will be sorely missed.

The battle for second

All eyes would be on the battle for second place in the championship between Sergio Perez and Charles Leclerc. Verstappen's betrayal of team Sergio Perez in Brazil still carried a sour taste leading up to the last round. He clarified his reasons, even though we don't know them. And even with the dutchman's face-saving comments about wanting to help if given a chance in the final round, it would only be lip service to many. Verstappen proved once more that he was going for the win.

Either Red Bull has excellent conflict resolution or not everything is as it appears.

That sort of championship mentality is a difficult pill for many to swallow. Qualifying saw business as usual returning after Brazil's shock pole from Haas. Verstappen secured pole position with Sergio Perez in second, and dare I point out that there was a consequential tow provided by Verstappen, which benefitted Perez. Charles Leclerc took third, 0.268 seconds behind. The race was set to be the thrilling end to the season we so deserved.

Lights out, and Max Verstappen checked out from the start shooting off into the distance, clearly setting his intentions. Lap 1 drama was not in short supply as Hamilton had a carbon copy of last year's incident with Verstappen on Carlos Sainz after Sainz made the pass, forcing Hamilton off and reclaiming the position and not handing it back to the Spaniard. Lewis was then asked to give the place back, which he did. How genuine… Only then to take it back, this time fair and square. Classic, Lewis. The two would battle it out for the next few laps. Perhaps a glimpse into what we can expect next year?

Down the field, we had retiree, Sebastian Vettel, fighting it out with Esteban Ocon. The Frenchman was not willing to give any farewell gifts in this exchange. Alonso was also on the receiving end of more bad luck needing to retire the Alpine on lap 28 thanks to a mechanical failure. His sixth for the year. It may well be the final affirmation that leaving the team may have been the best thing he's done. Speaking of bad luck, Mick Schumacher did his ambitions little favour when he lunged into a gap that never existed between him and Nicholas Latifi on lap 39.

Another retiree, for different reasons, saw Lewis Hamilton suffering from hydraulic issues and needing to park the Mercedes on Lap 55. A first for Mercedes, who showed such good reliability all season long and not quite how you'd like to end the season, but that's motorsport for you.

Despite Red Bull's dominance throughout the year, it was, for a change, their strategy that was outdone by Ferrari and Charles Leclerc would finish in second, securing 2nd place in the championship battle and, with that, denying Red Bull of a first and second in the championship. A historical first that was not to be. Perez had too much to do with too little time. Better luck next time. With that P2, Charles Leclerc secured P2 in the constructor's championship battle for Ferrari. Valuable prize money is coming Maranello's way to help their 2023 championship efforts under the new Concorde Agreement. It is critical to understand that despite earning extra, all teams will still be subject to the limitations of the cost cap on spending when it comes to performance. Rounding off the final points scoring were Daniel Ricciardo and Sebastian Vettel. A fitting farewell to both.

With 15 victories in one season for Max Verstappen comes a 15-week break before any wheels are rolled in anger before we reconvene and check in for pre-season testing at Sakhir, Bahrain, on the 23rd of February. It has been an enjoyable first season of the rule changes from 2021 with the initial pace of Ferrari, the shake-up in the mid-field pack and more dicing than we've seen before. 2023 has been set up to be every bit the spectacle.