Abarth 595 And 695 Range Updated Again For 2022, Gets Four Customization Packages

As we are waiting for Abarth to initiate its electrified era with the hot hatch variant of the new 500, the Italian company has unveiled yet another update for the aging ICE-powered 595 and 695. The models get incremental changes over the previous years with two available power outputs and a total of four customization packages.

According to Abarth, the 2022 range pays homage to the inventiveness of its founder Carlo Abarth (1908-1979), although there is nothing really inventive about its offerings that are updated versions of a model that debuted back in 2008. 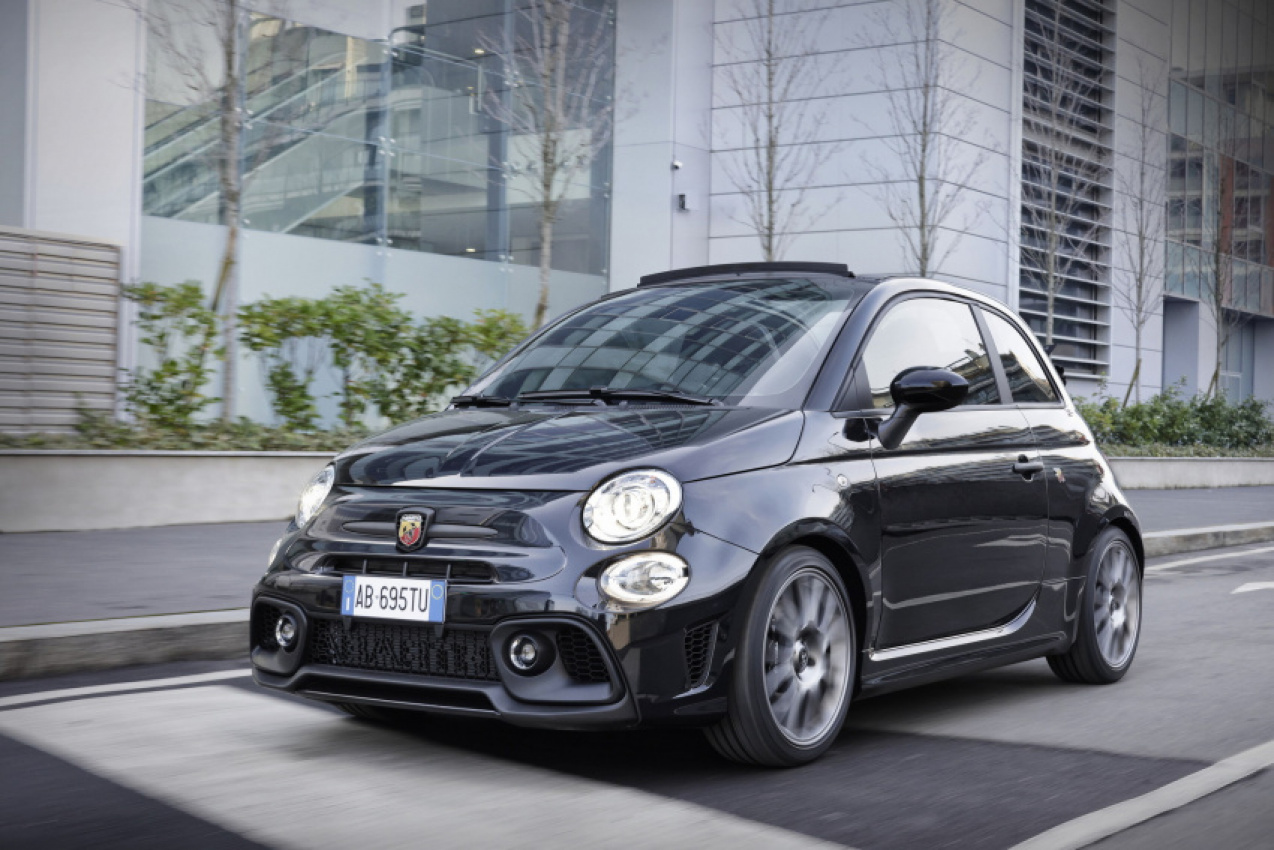 While previous model years were focused on offering a wide range of trims, this time Abarth renamed them into packages for customization. This means that the prospective buyer chooses between the 595 and the 695 and then has the option to add the style-focused Turismo (595 / 695), or the performance-focused Competizione (695) and F595 (595) packages.

Additionally, there are seven extra customization options like the – exclusive to the 695 – Racing Style Pack which includes the “Spoiler ad Assetto Variabile” adjustable rear spoiler. This feature debuted in the Abarth 695 70° Anniversario back in 2019 and was also fitted to the flagship Abarth 695 Esseesse last year. 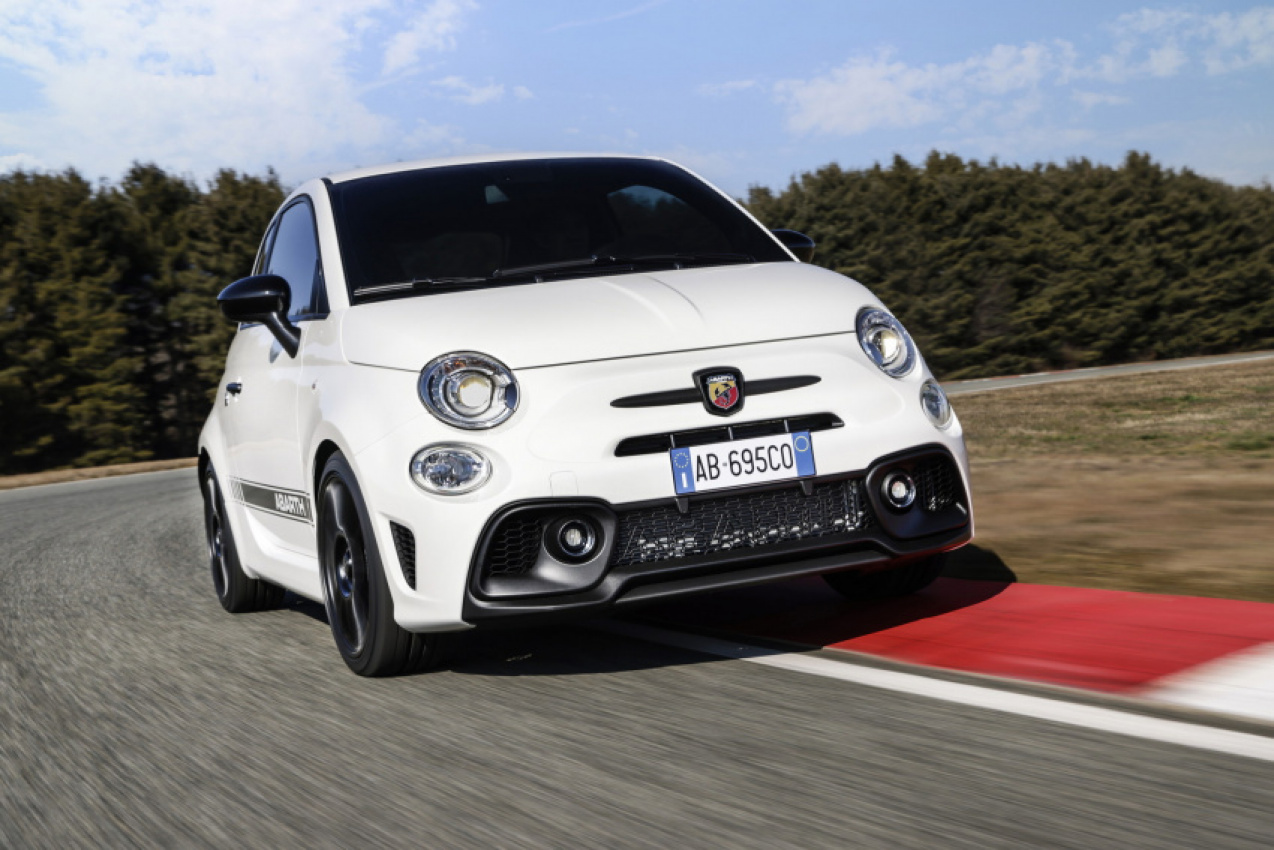 The Abarth 695 is distinguished by the 17-inch wheels, the tar cold gray exterior accents, and the quad tailpipes of the Record Monza exhaust system. Inside we find Sabelt seats with matte-gray shells, Alcantara upholstery, a tar gray dashboard, an aluminum gear knob, and a touch of carbon fiber on the steering wheel. Mechanically, besides the added power, it benefits from Koni FSD absorbers in both axles and larger ventilated discs at the front measuring 305 mm and featuring four-piston Brembo calipers. 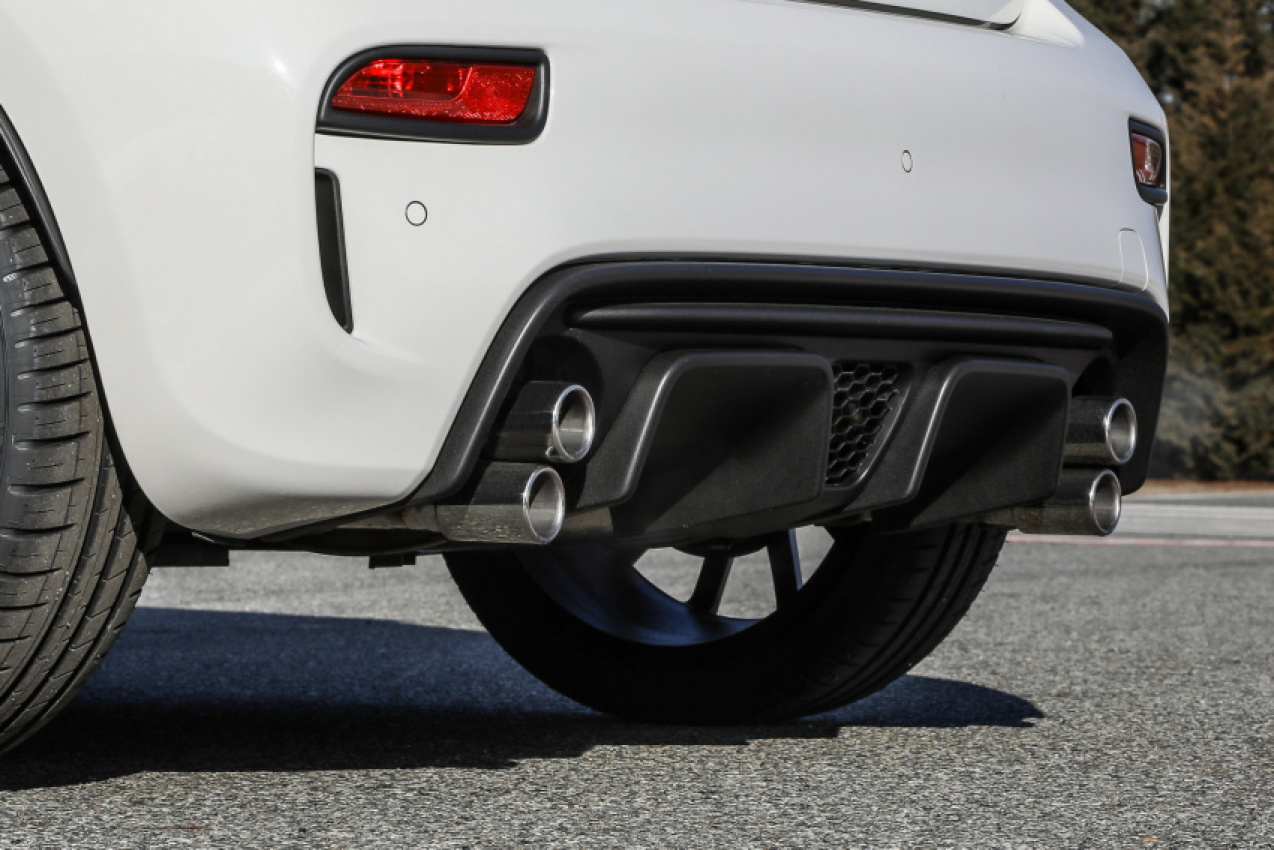 In terms of packages, the 595 Turismo brings a set of lighter Granturismo 17-inch alloy wheels, satin chrome mirror caps, special badges, and black or brown leather upholstery, while the 695 Turismo adds an Alcantara-upholstered dashboard and a sunroof.

Just like the Abarth F595 trim from last year, the performance-focused F595 package features the electronically-controlled Record Monza Sovrapposto exhaust system with vertically-stacked tailpipes, 17-inch wheels, a matte-black dashboard, and F595 badges. It also gets Koni suspension on both axles. Finally, the 695 Competizione flagship gets the same Record Monza Sovrapposto exhaust, Sabelt seats with red stitching and carbon shells, plus a mechanical limited-slip differential in versions with a manual transmission.

Abarth didn’t announce pricing for the updated 595 / 695 range but we suspect it won’t be too different from last year when it comes to similarly specced cars. 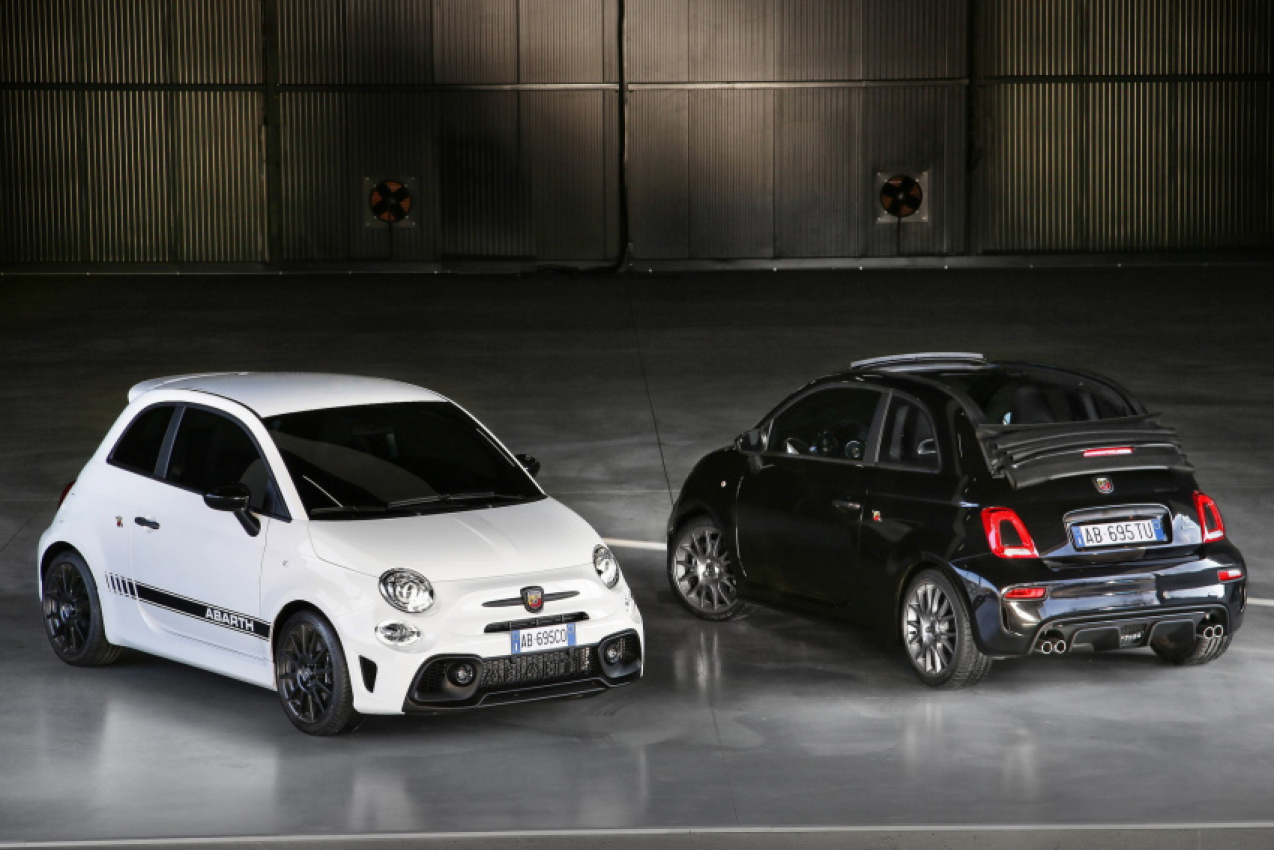 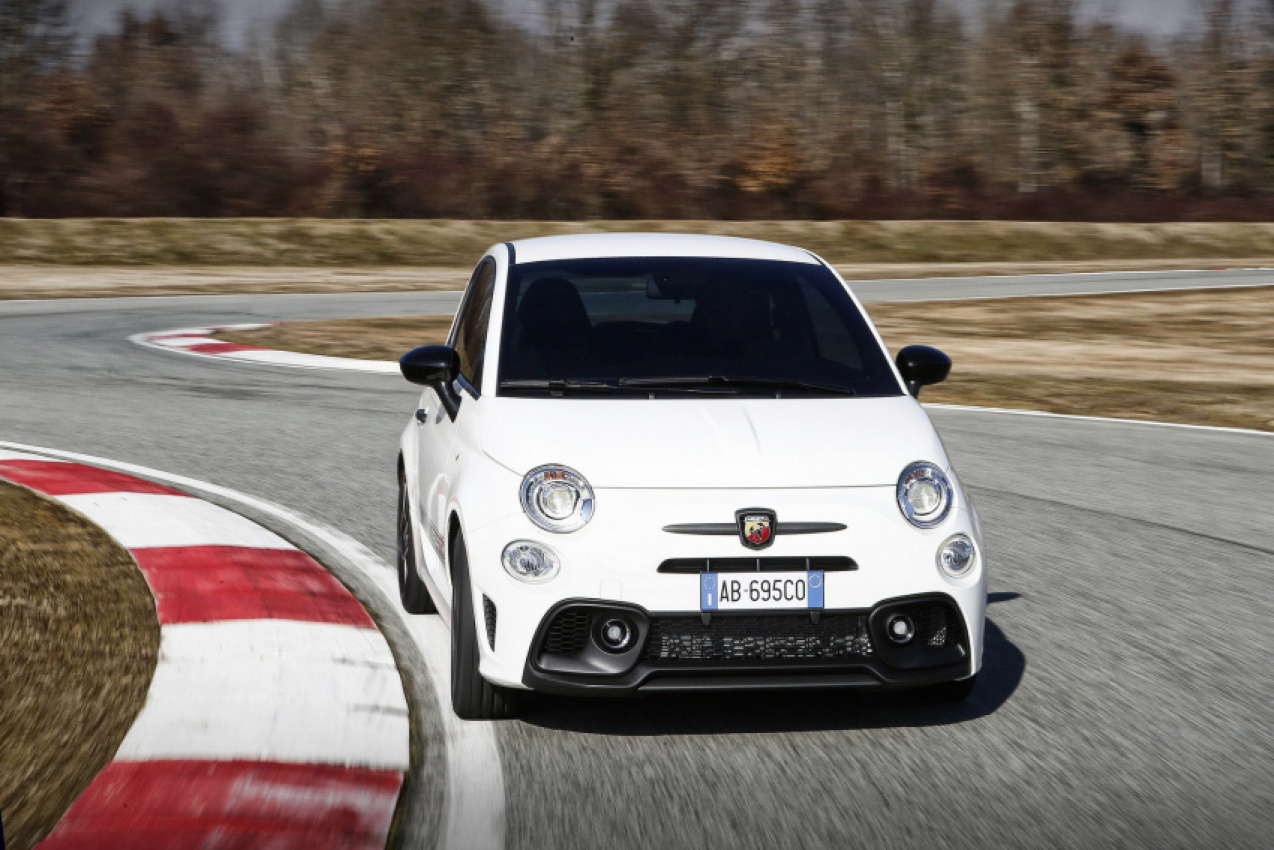 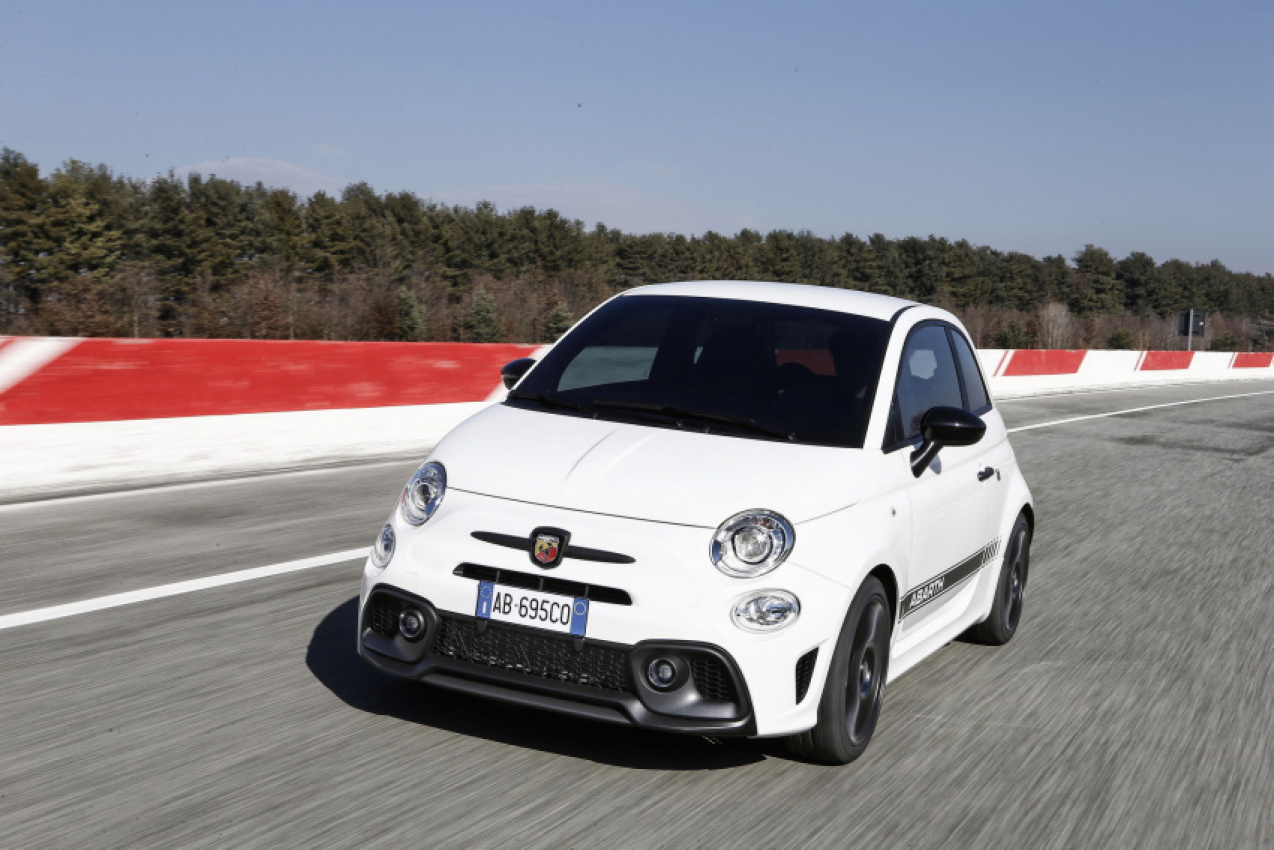 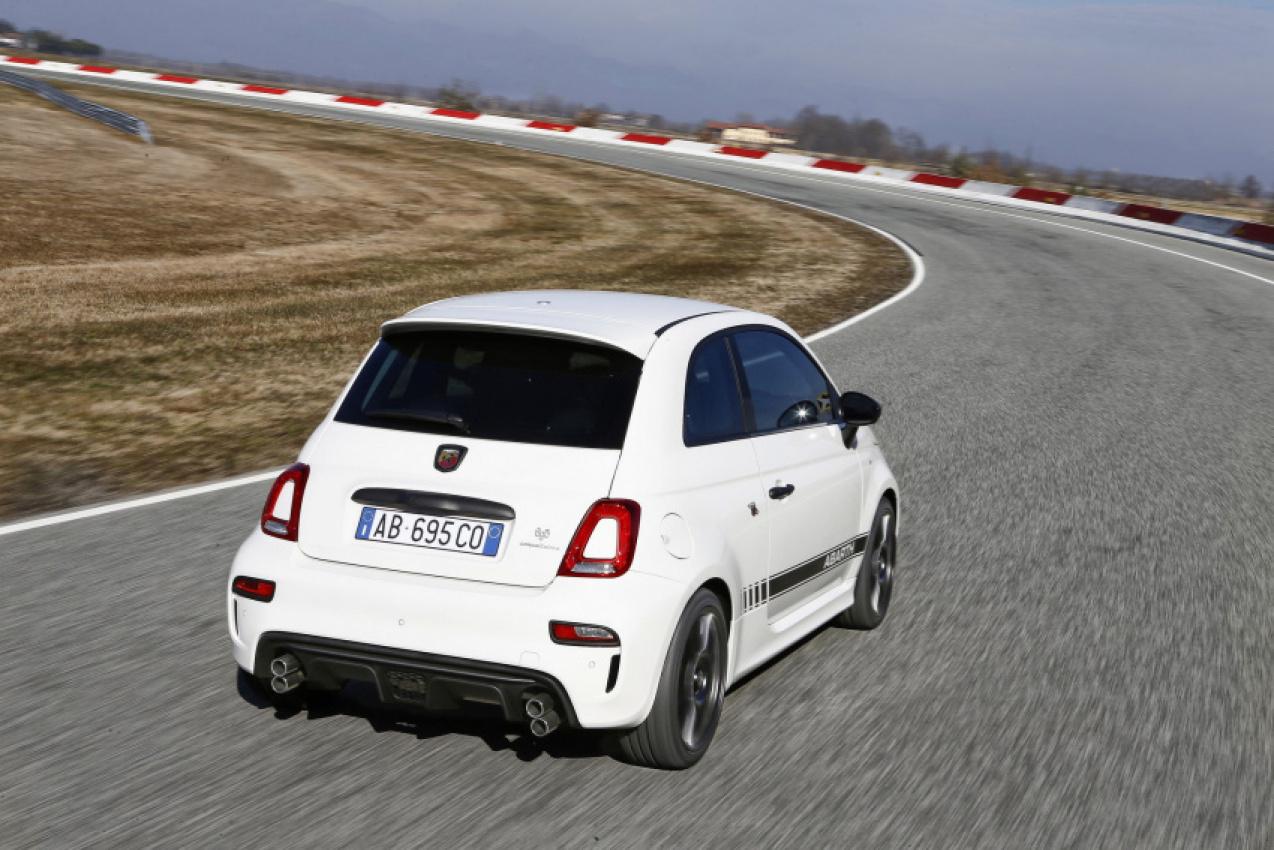 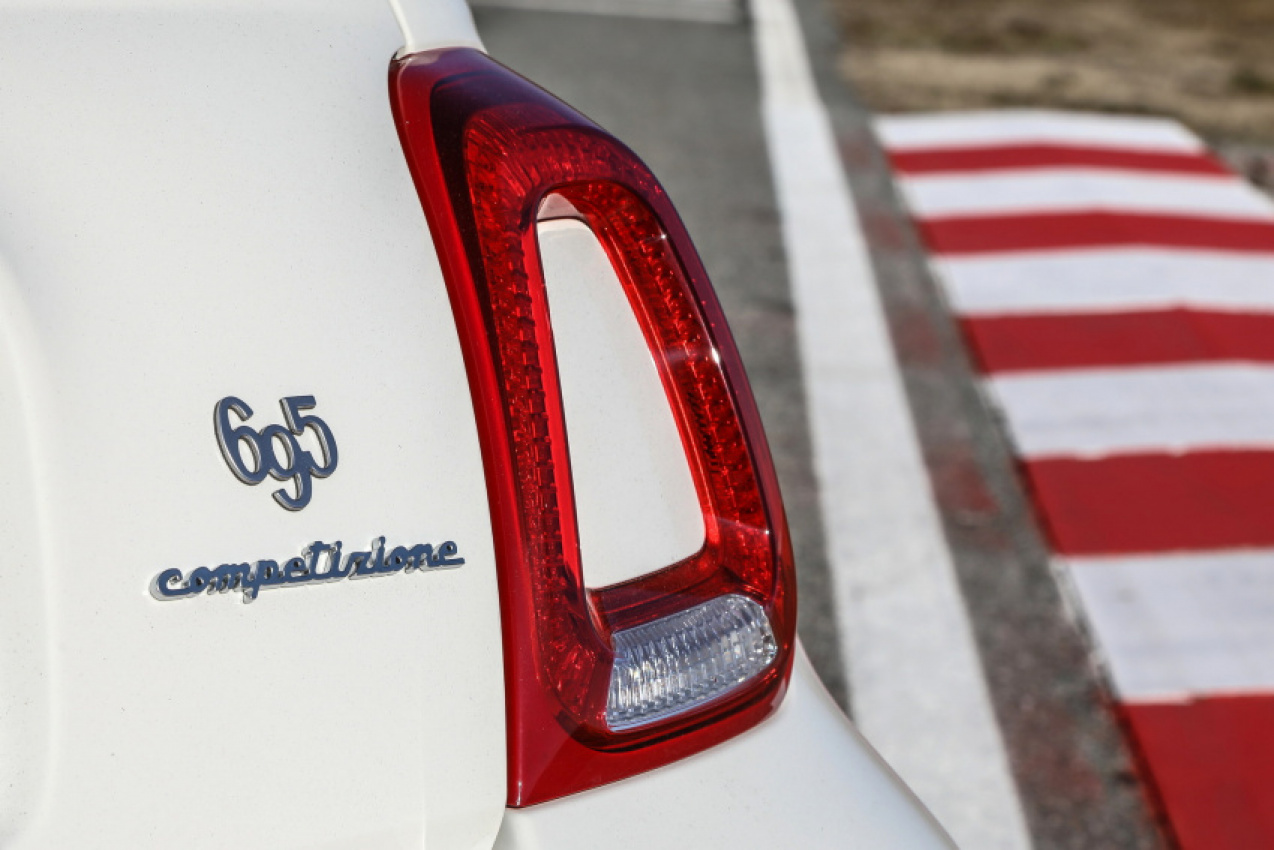 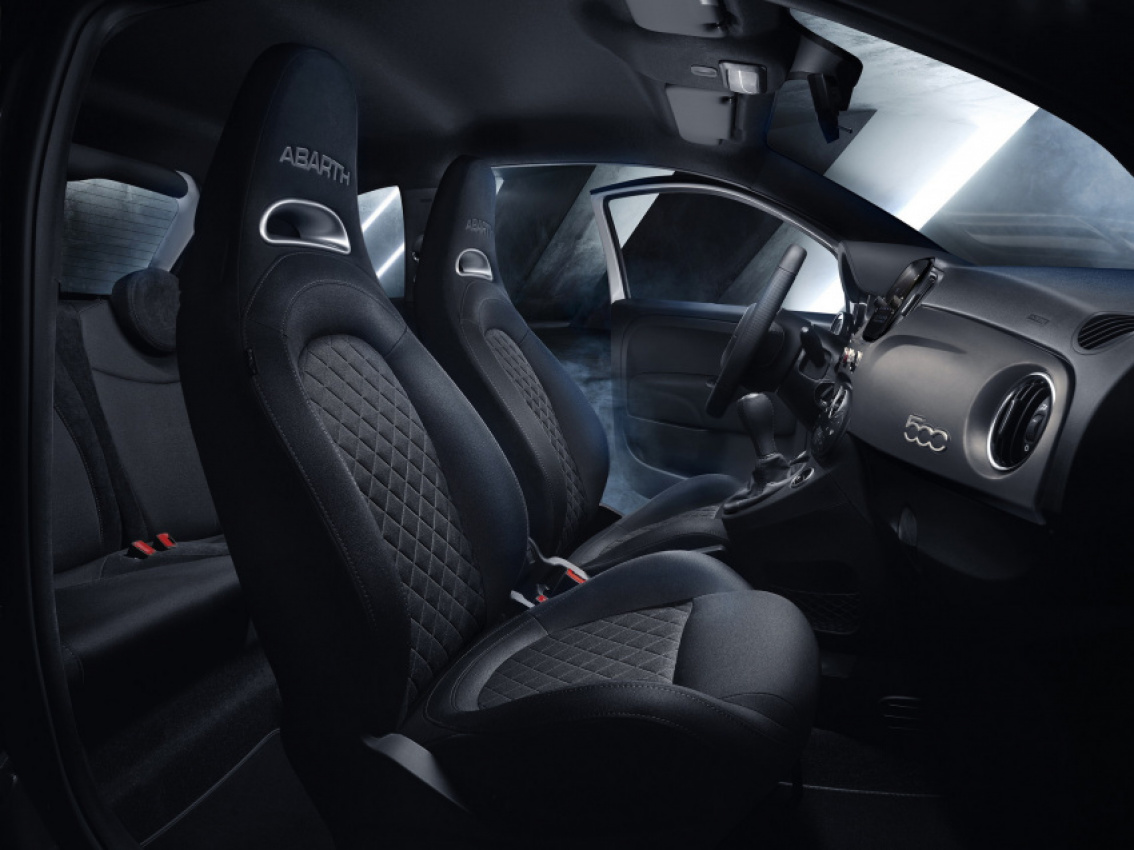 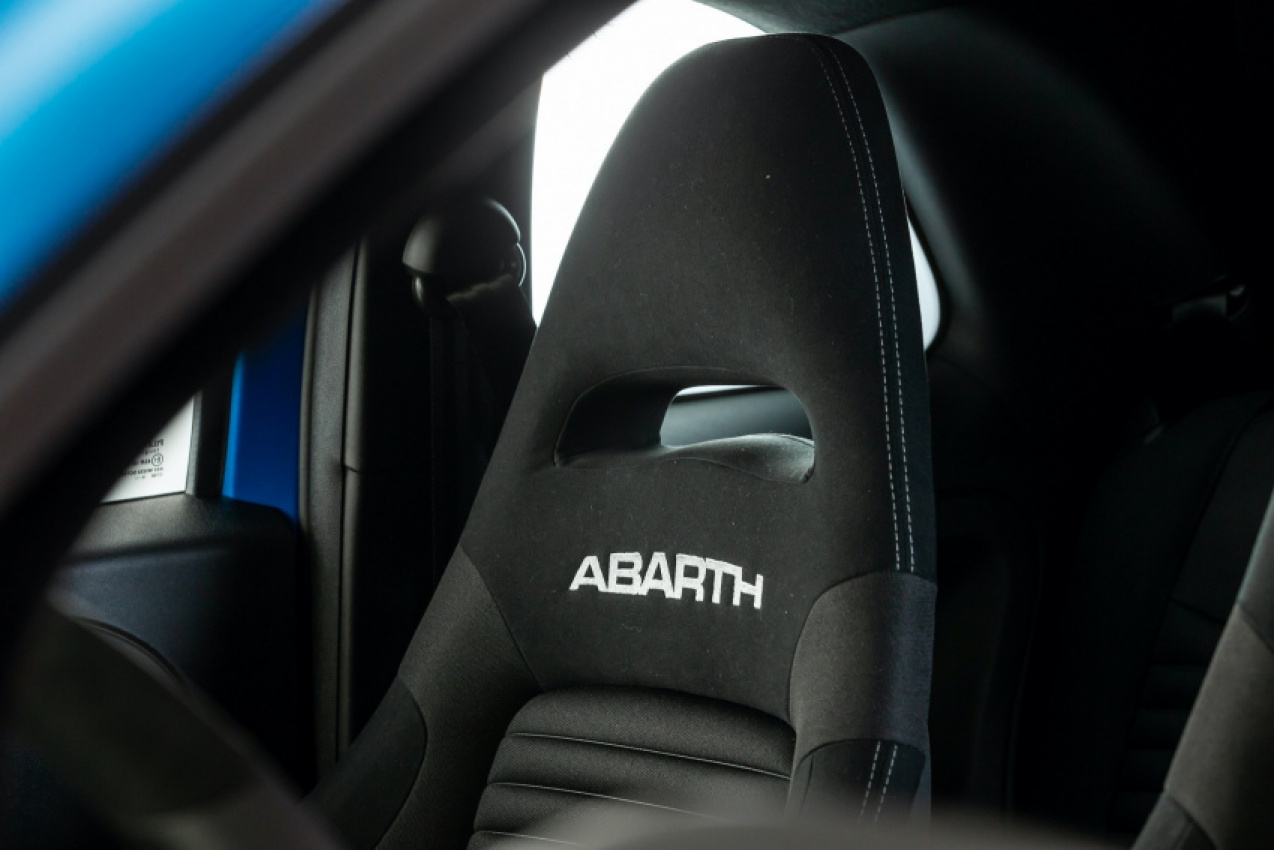 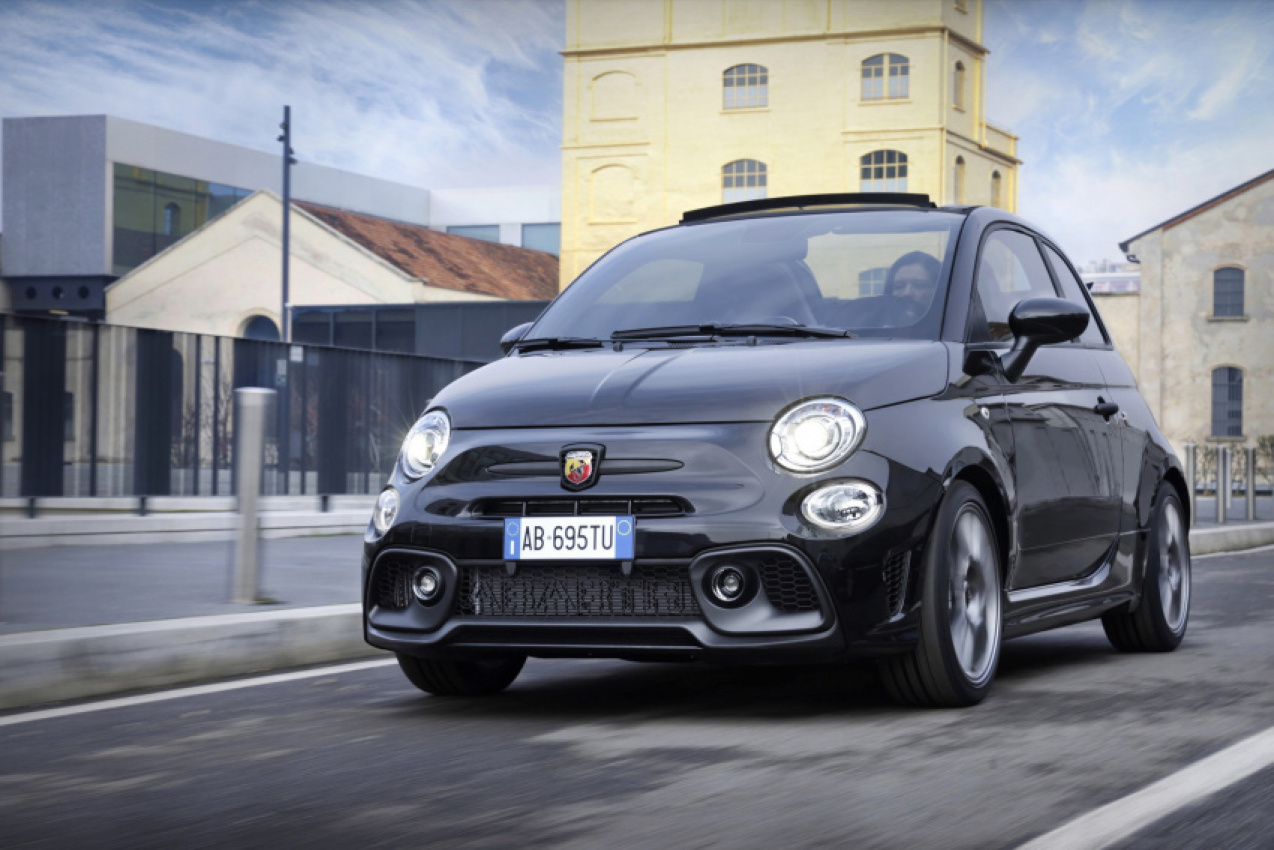 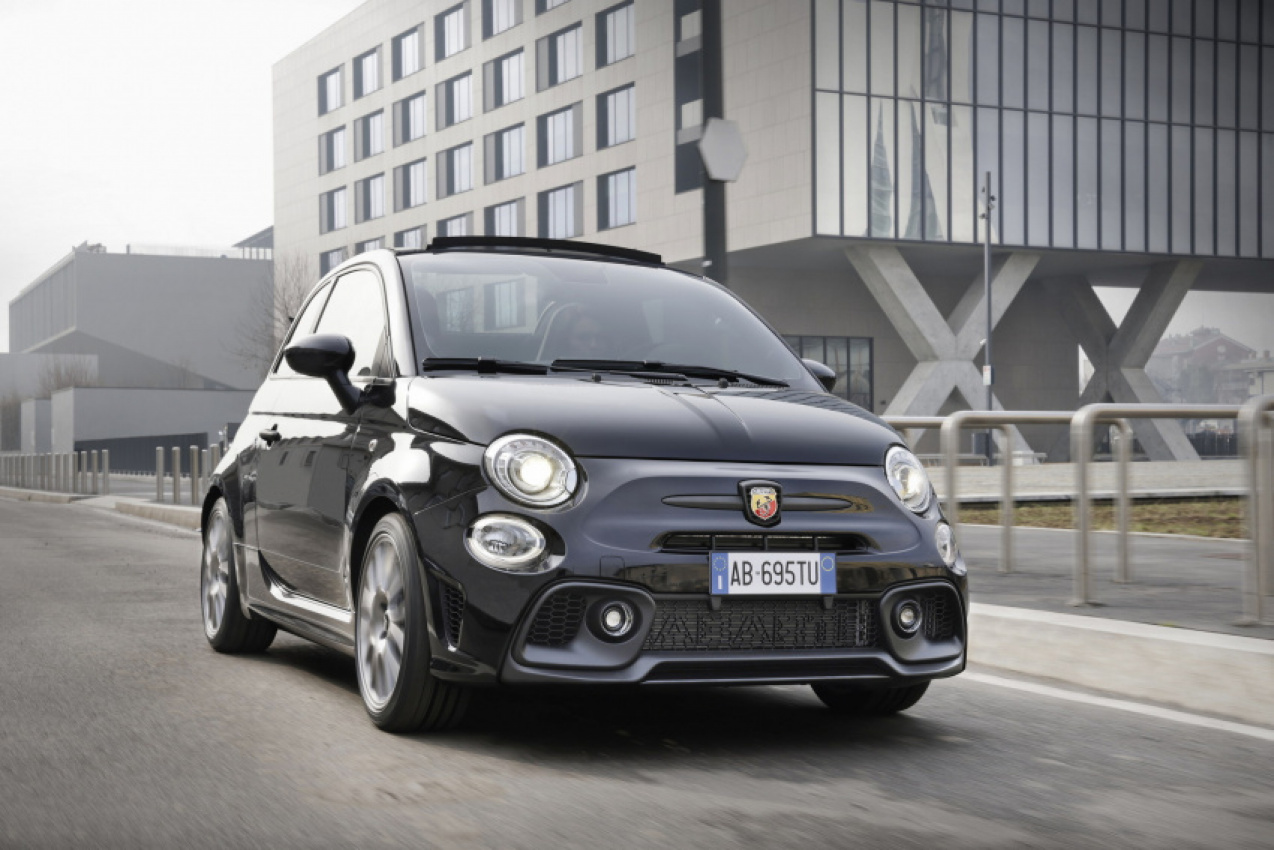 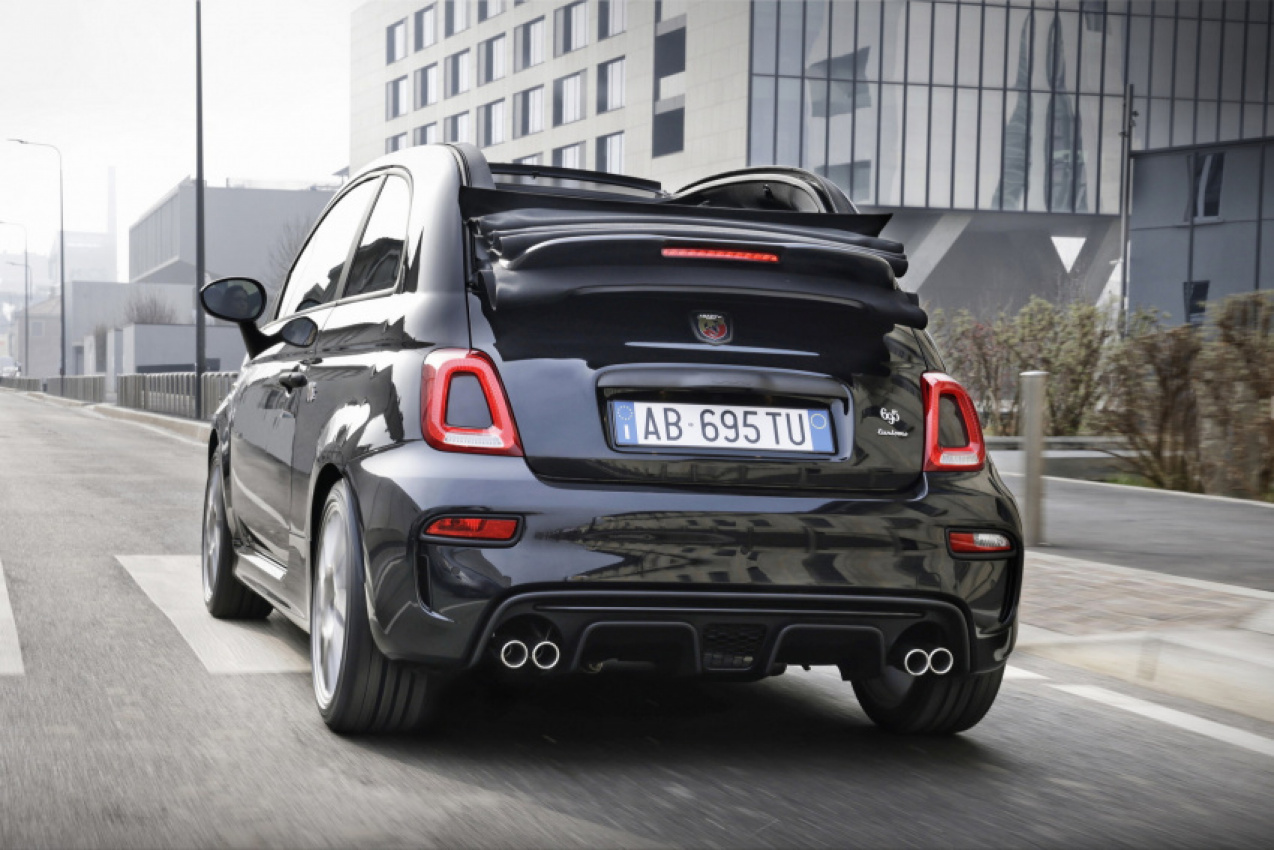 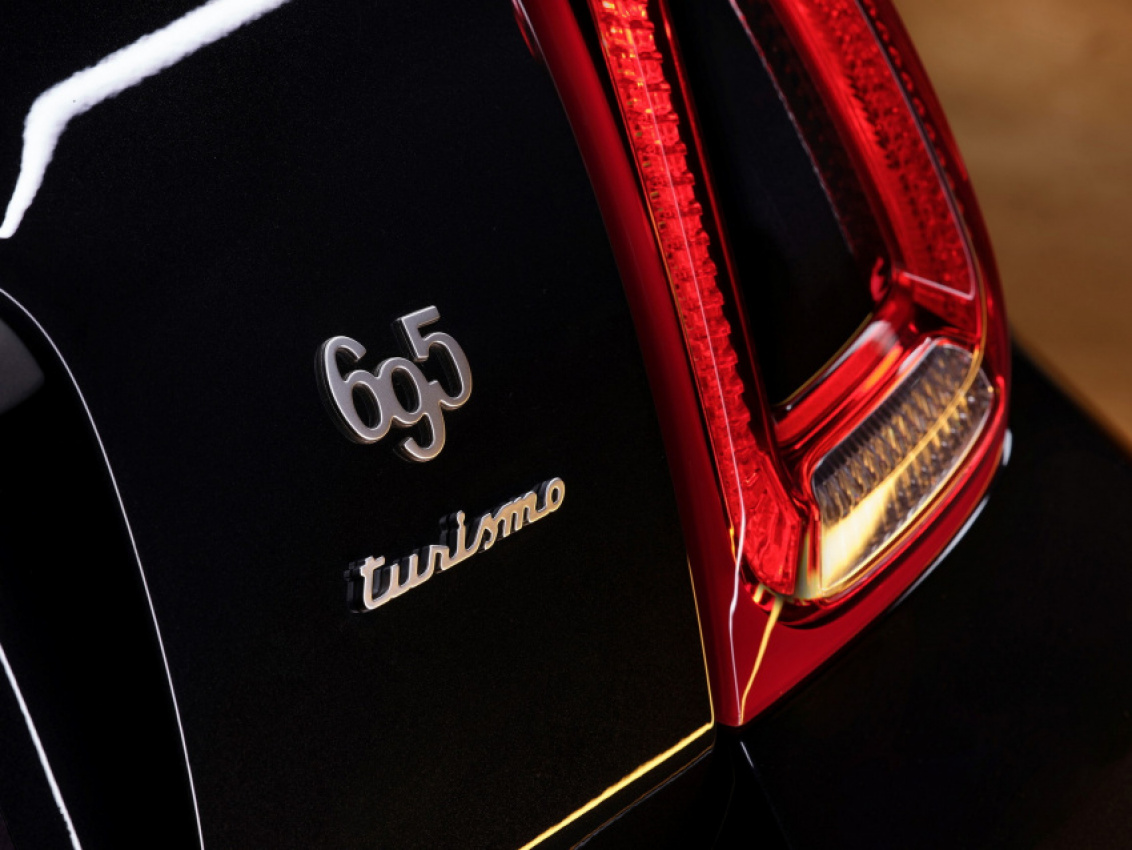 What the new Mini Cooper S competes against at R560,000

What the new VW Polo will take on in South Africa

Abarth reveals a revised lineup for 2022. Fiat’s performance sub-brand, Abarth, has unveiled its updated 2022 lineup. Since the Mazda MX-5-derived Abarth 124 Spider went off sale in 2019, the Abarth range has consisted of the Fiat 500-based 595 and 695, so this new update represents the entirety of ...

Abarth version of Fiat 500 is now available in two power outputs and with a tweaked specification list 143bhp engine dropped Available as hatchback or convertible Racing Style Pack available on 695 versions The Abarth 595 and 695 have been given minor updates to keep them fresh for the 2022 ...

Fiat-owned performance sub-brand set to sharpen up current battery-powered 500 and give it more power Abarth it primed to launch a new performance variant of the all-electric Fiat 500 hatch that could be on sale as soon as next year. When it arrives, the 2023 Abarth 500 will offer a healthy ...

Abarth is showing signs of life as Fiat has unveiled the all-new Pulse Abarth in Brazil. Set to go on sale late this year, the performance crossover is based on the value-focused Pulse and marks Abarth’s return to Brazil. Unveiled on Big Brother Brazil, the Pulse Abarth features an aggressive ...

Upcoming Fiat 500-based hot hatch will be performance sub-division’s first EV Fiat will confirm an Abarth performance variant of its electric 500 imminently ahead of a launch next year. This will be its first hot model since the Abarth 124 GT was launched in 2018. The model will mark ...

Abarth Will Make a Performance Version of the Electric Fiat 500

Abarth is an Italian company that builds race cars and tunes road cars for better performance. Founded in 1949 by Carlo Abarth, the company has a long history of building, tuning, and racing sports cars. In 1971, Fiat bought Abarth and made it the official racing department. The company would ...


View more: Abarth Will Make a Performance Version of the Electric Fiat 500

Yikes! Stellantis wants to be EV-only in Europe by 2030

The carmakers going all-electric before 2030

My Fiat Abarth Punto completed 40,000 km during a road trip to Calicut