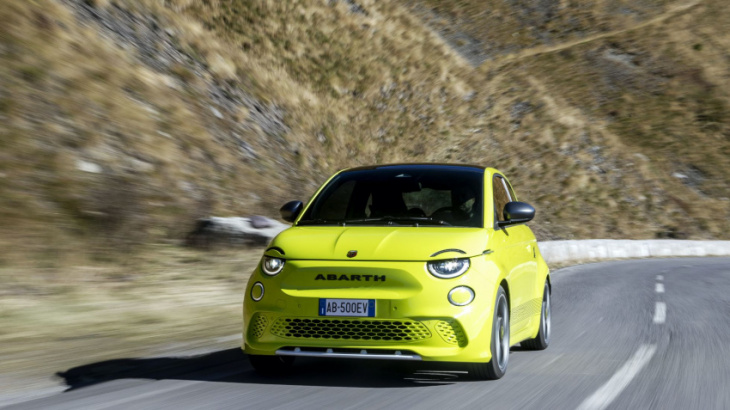 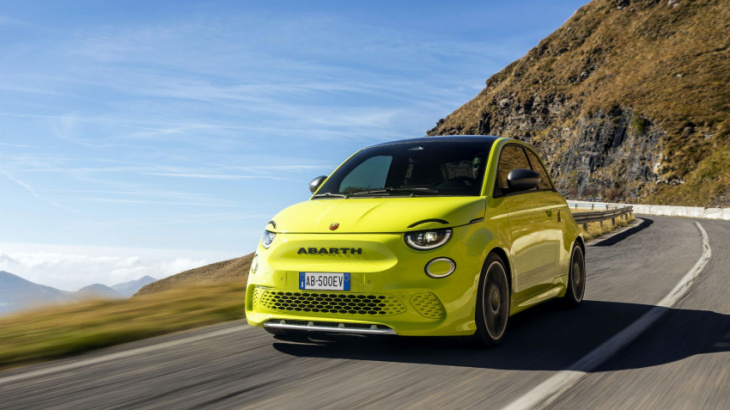 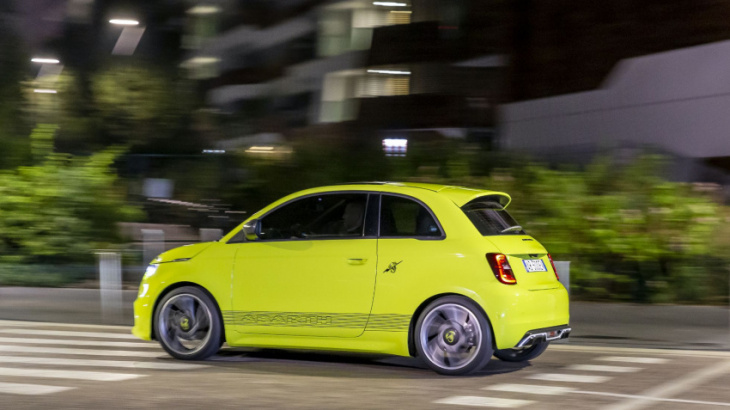 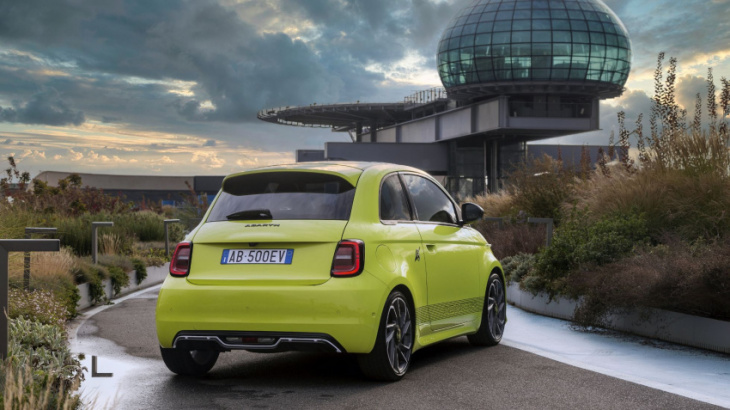 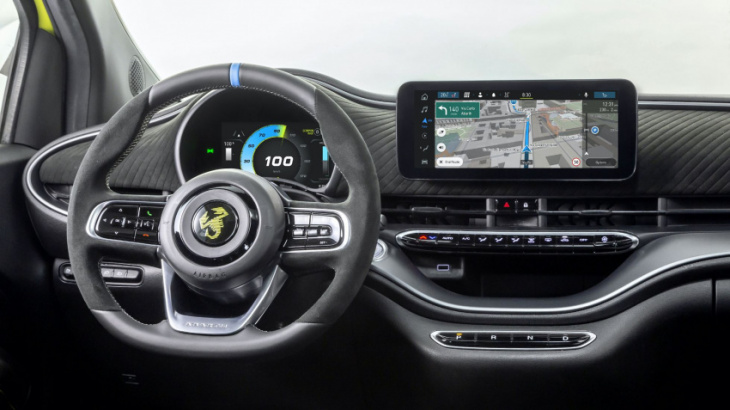 As it pushes towards a pure-electric future, Abarth has ventured into the EV fold with its first-ever 500e.

Unlike its Fiat 500 ICE-powered counterpart, the Abarth 500e boasts enhanced weight distribution, instant torque, plus a wider wheelbase, courtesy of its electric architecture.

Off the bat, the 500e employs a 42 kWh battery pack coupled to a front-mounted e-motor that produces 114 kW of power and 220 Nm of torque. It blisters silently from 0-100 km/h in 7 seconds, and by comparison, it was over a second quicker than the 695 model at the Misto Alfa Balocco’s track.

The new Abarth 500e features three exclusive driving modes; Turismo, Scorpion Street and Scorpion Track, each with a distinct driving experience. Getting the 500e recharged can be done through an 85 kW fast-charger which adds about 40 km in 5 minutes or 80% of capacity in just over 30 minutes from empty. Those who want to enjoy charging the 500e at home can get an easyWallbox installed.

Inside, the 500e is fitted with heated Alcantara-wrapped front seats with double stitching and an Abarth logo in an Acid Green shade on the integrated headrests and the steering wheel. A 10.25” infotainment touchscreen system accepts Apple CarPlay and Android Auto smartphone pairing and a 7” digital driver’s display that resides in front of the driver.

Apart from a wireless smartphone charger, 360-degree camera, JBL sound system and automatic climate control, the 500e comes with a sound generator that can be switched on and off depending on your mood.

Abarth will also launch a fully-equipped limited launch edition that carries the Scorpionissima nameplate, and only 1,949 units will be made, a number that nods to the brand’s birth year. Like the regular Abarth 500e, the limited edition will be available in hatchback and cabriolet variants.