Abarth has pulled the covers off its first fully-electric model, bringing hot hatch fun without any emissions at the tailpipe

Abarth, the performance division of Fiat, has announced its first electric 500e model, based on its new-generation Fiat 500 underpinnings.

The 500e has been introduced to replace the outgoing turbo-petrol Abarth 595 and 695 hot hatches as the brand aims to transition into an electric-only manufacturer by 2030. 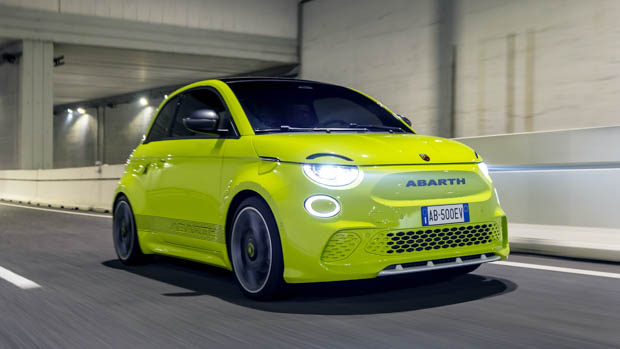 The electric hot hatch is powered by a 42kWh battery pack and an electric motor mounted on the front axle that produces 113kW of power. Torque is rated at 235Nm.

The 0-100km/h sprint will take around seven seconds, making it 0.3 seconds slower than the claimed sprint of the turbo-petrol 695 sold in Australia.

Battery range for the Abarth model has not been stated, however it’s likely to be somewhere around 315km (WLTP) – the figure for the closely-related Fiat 500e’s 42kWh battery. 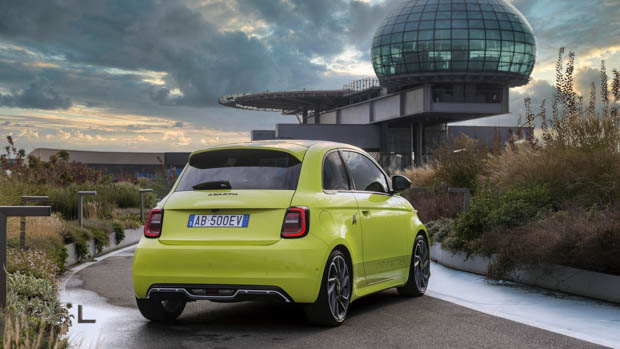 The Abarth 500e could compete with the Mini Cooper SE hatch

The Abarth 500e is likely to compete with the Mini Cooper SE hatch which has a smaller battery (28.9kWh usable) but more power and torque (135kW/270Nm).

Although unconfirmed, the new Abarth 500e is likely to land in Australia late in 2023 or into 2024. Pricing is also yet to be determined. 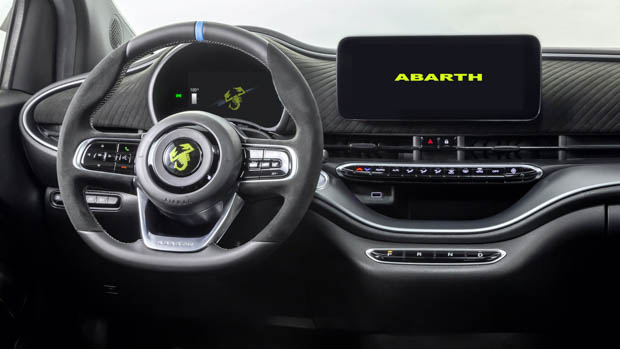 Digital screens for the driver and passenger will be standard

How does the electric Abarth compare to its petrol-powered predecessors?

Currently, Abarth sells the 695 model in Australia that is powered by a 1.4-litre turbocharged four-cylinder petrol engine making 132kW/250Nm. One of the biggest differences between the 500e and the 695 will be the sound, with the turbo-petrol model coming standard with a Record Monza exhaust system for extra theatrics.

However, Abarth says that the new 500e is not lacking in the sound department despite being fully-electric. 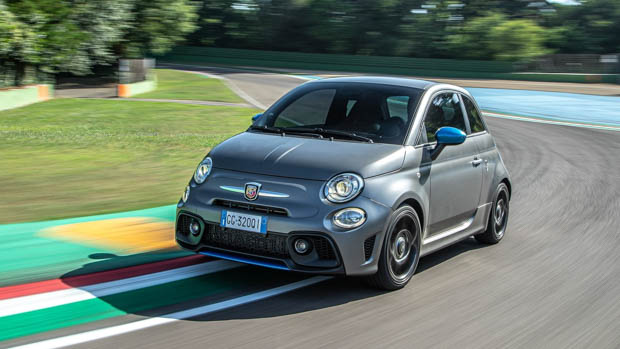 The outgoing Abarth 595 with its 1.4-litre turbo four-cylinder engine

A sound generator has been installed on the 500e that gives the car the “unmistakable Abarth roar” and “faithfully reproducing the sound of an Abarth petrol engine”.

The sound system is offered as an alternative to the standard sound that the car produces – this is oddly the sound of a strumming guitar according to Abarth.

Congestion Zones – Frank Augstein/AP Congestion charge zones urgently need to be widely implemented in towns and cities to meet climate change goals, ministers have been told. A £7 daily charge, imposed on motorists across parts of the country, is being proposed by bus operators. It is one of ...

Project details Price & Release Date The GMC Hummer EV Pickup, which starts at $84,650, is quite pricey even for an electric truck. Besides being big, heavy, and inefficient, it’s impractical for most pickup customers, though it’s highly desirable. It is likely that these aspirational Hummer fans will be ...

Only about half the bikes that started this race made it to the finish line.


View more: This Minibike Enduro Race Is Completely Out Of Its Mind In The Best Way

This one is wearing S Line badges.