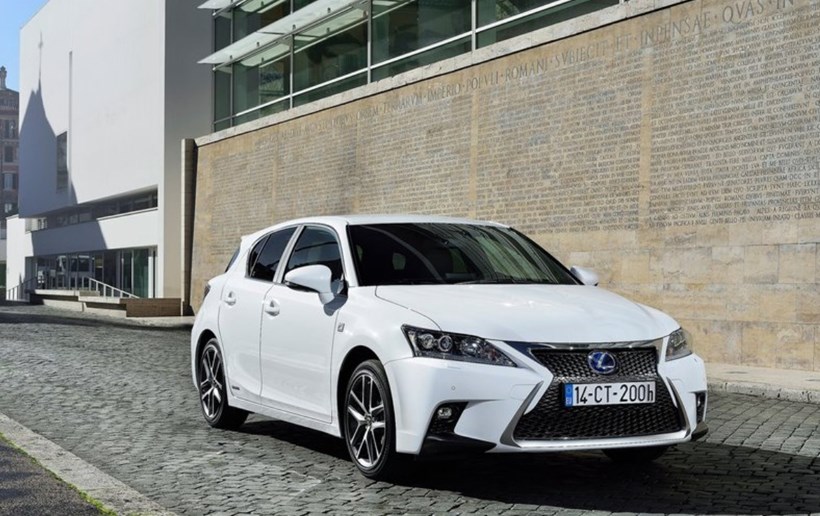 Used hybrids have been getting a lot more attention recently. In fact, the bestselling used import in 2021 was a hybrid – the Toyota Aqua.

Recently we have been hearing from members considering the purchase of a used hybrid due to concerns about the increase in fuel costs and/or wanting to reduce their carbon footprint. 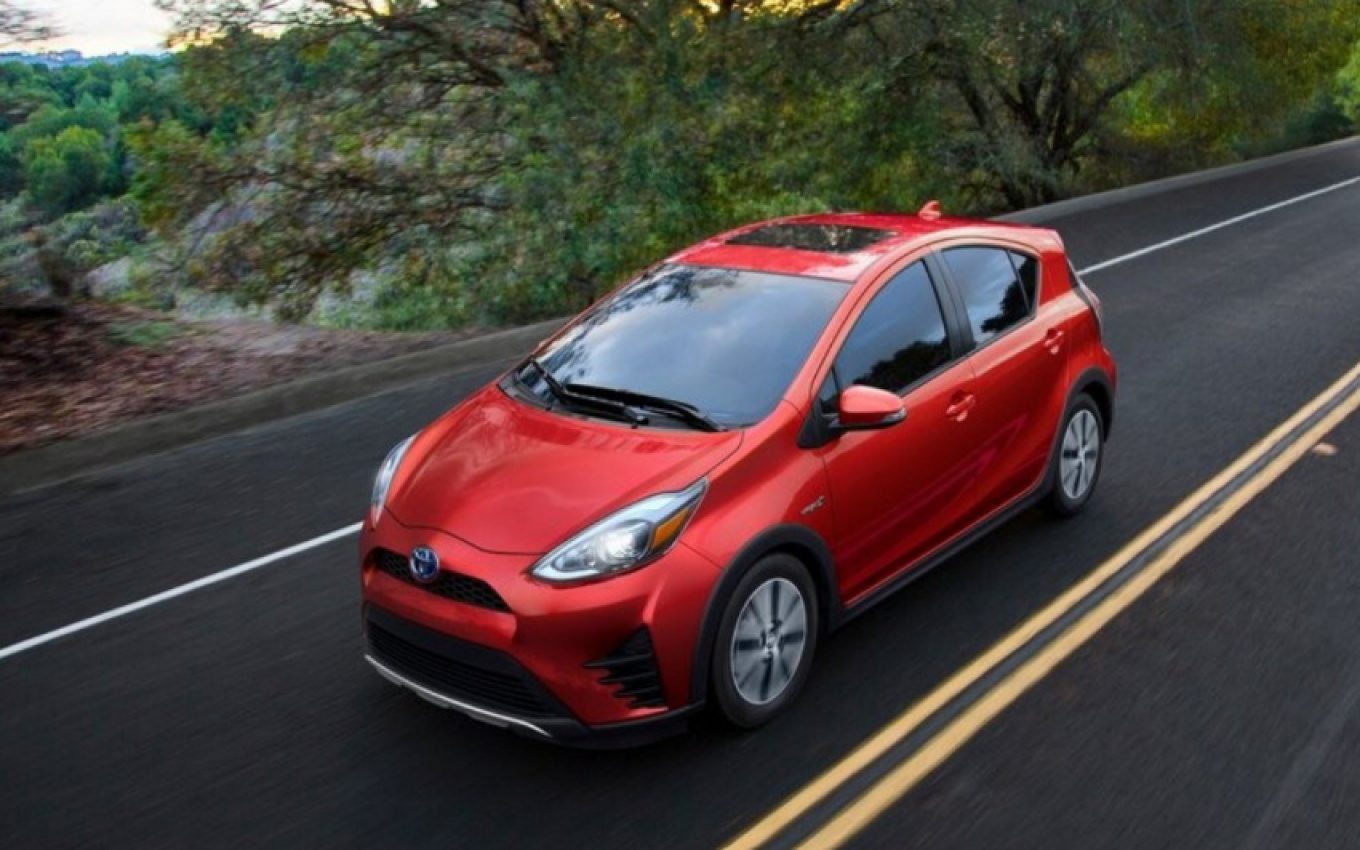 Many are on the fence about the switch to a Battery Electric Vehicle (BEV); they feel more confident with the shuffle toward electrification by starting with a used hybrid, but want our advice on what options are available under $20k.

Used hybrids are plentiful in New Zealand, with many ex-fleet models now available and expected to pop up in used car dealerships in the coming years. Hybrids are becoming ever more enticing for buyers as we see fuel prices soar; another sweetener is the Clean Car Discount that will be coming into force for low emission vehicles first registered from 1 April 2022.

Hybrids have not been eligible to date, but they will be introduced as part of the scheme from 1 April 2022. From then, the Clean Car programme will expand to offer a range of rebates for imported new and used low-emission vehicles. High-emission vehicles will be charged a fee.

The programme is expected to prevent up to 9.2 million tonnes of CO2 emissions and will help customers with the upfront cost of switching to cleaner vehicles. 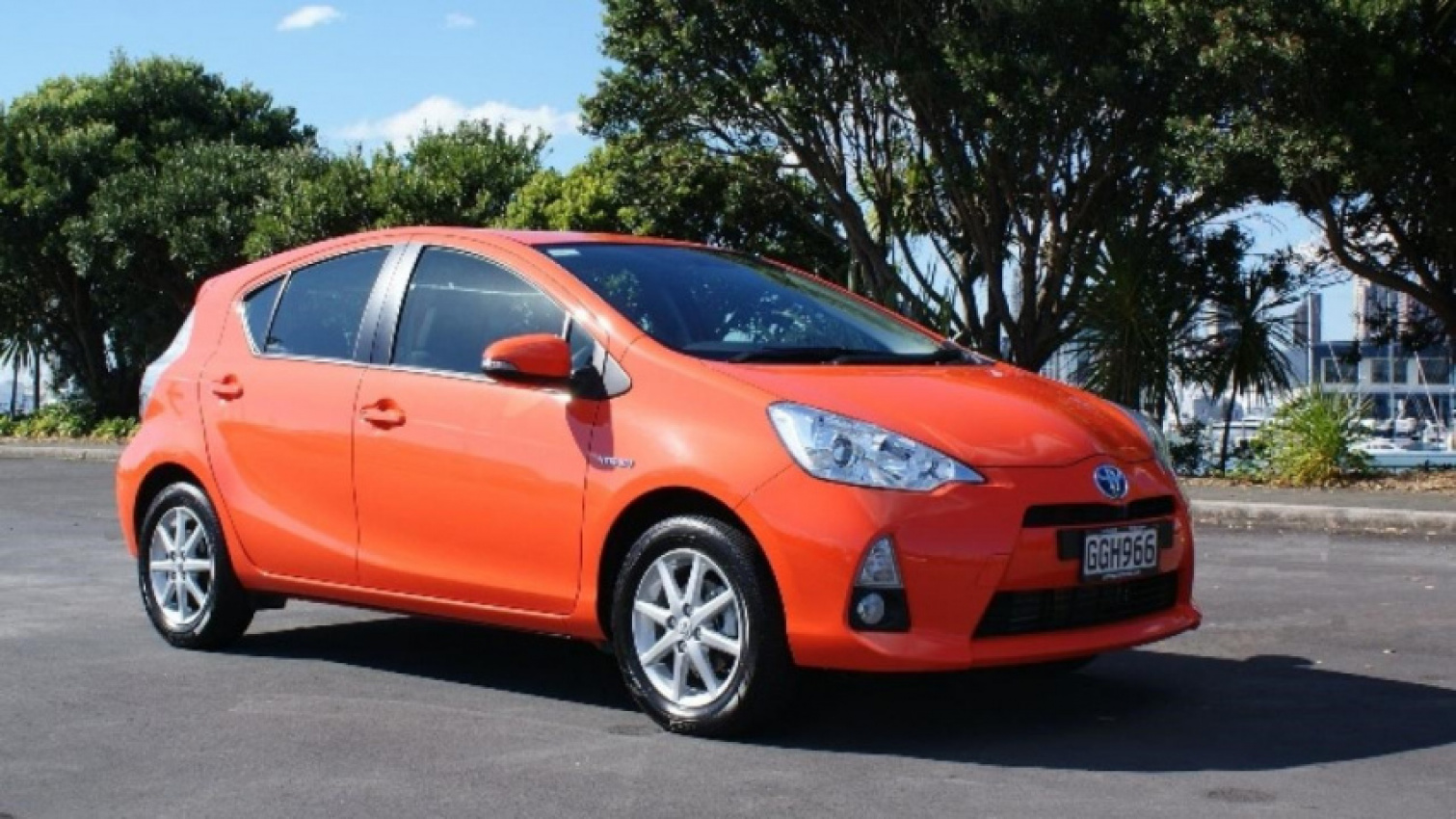 A great compact choice for city slickers, this vehicle is highly regarded as an economical petrol hybrid option. NZ-new models are called Prius C, while Japanese-market cars are known as Aqua.

Toyota launched an all-new Aqua model in Japan in July 2021, and at the time the manufacturer shared the model’s outstanding sales success – more than 1.87 million sold worldwide.

The Aqua is powered by a 1.5-litre engine, mated to a CVT gearbox. It utilises Toyota’s rock solid third-generation hybrid synergy drive system, which uses a small 0.9-kWh nickel-metal hydride battery. This frugal model sips 3.9l/100km and has a CO2 output of 90g/km (3P-WLTP). 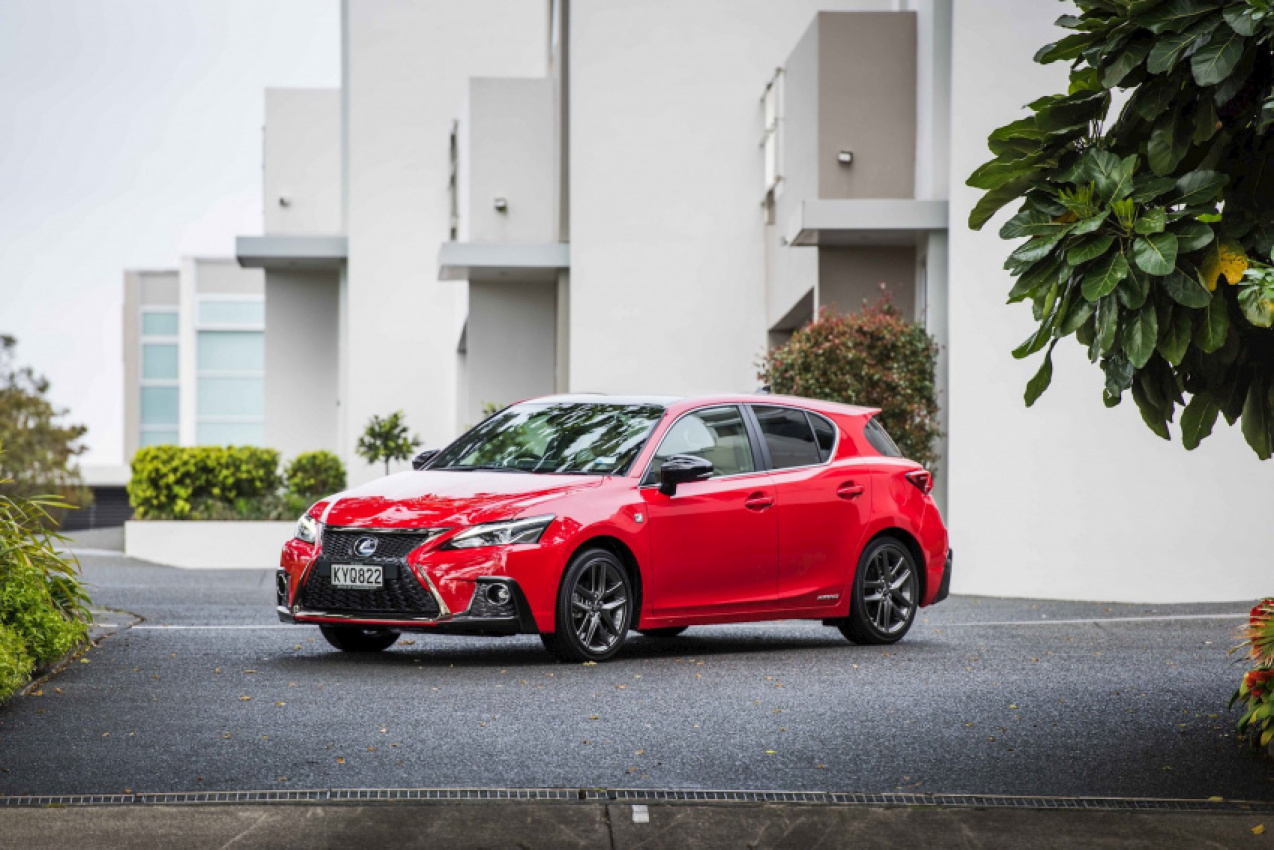 The CT200h is a stylish coupe-like hatchback with an aggressively wide stance, sweeping lines and sporty appearance. Lexus boasts that the performance is more aligned to a 2.0-litre car, despite its 1.8-litre capacity.

The CT200h is powered by a 1.8-litre Atkinson-cycle petrol engine that delivers 73kW; the electric motor also produces an additional 27kW, which depending on load and conditions, can operate individually or in parallel to produce a total of 100kW. The platform and hybrid technology is shared with Toyota’s Prius.

Fuel consumption is only 4.1l/100km and CO2 is 105g/km (3P-WLTP). If a little luxury is important, the CT200h is a stylish yet practical hatchback that escapes traditionally techy hybrid design. 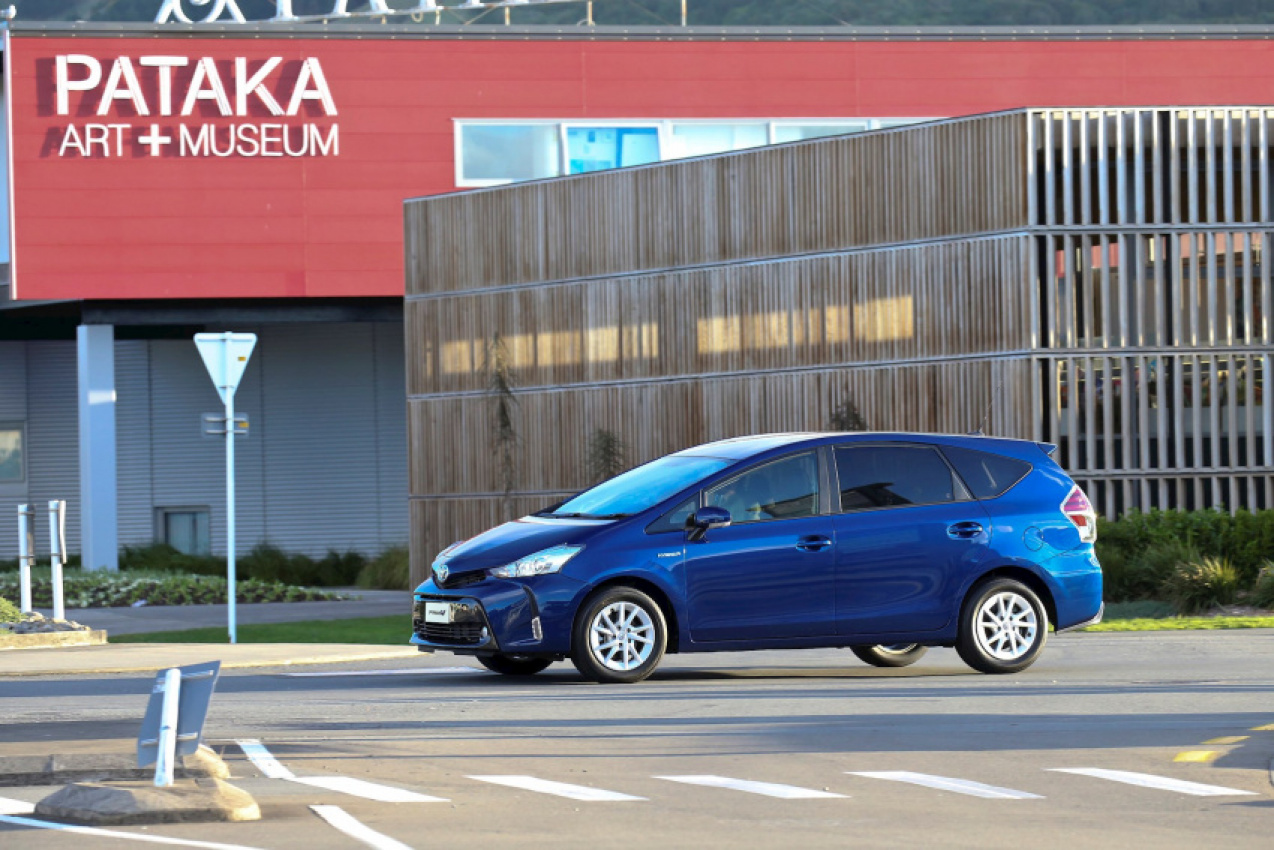 If the classic Prius is just a bit too small for your liking, fear not, the Prius Alpha (Prius V for NZ-new cars) is a great solution if you need occasional room for seven.

While the engine isn’t the most exciting with 73kW/142Nm, the hybrid’s combined power is decent at 100kW – so it’s still just fine if you are wanting to travel in comfort with added room.

The Prius Alpha uses the same 1.8-litre Atkinson-cycle petrol engine as the conventional Prius. With a 60kW traction motor, it also shares the tried and tested Hybrid Synergy Drive system. 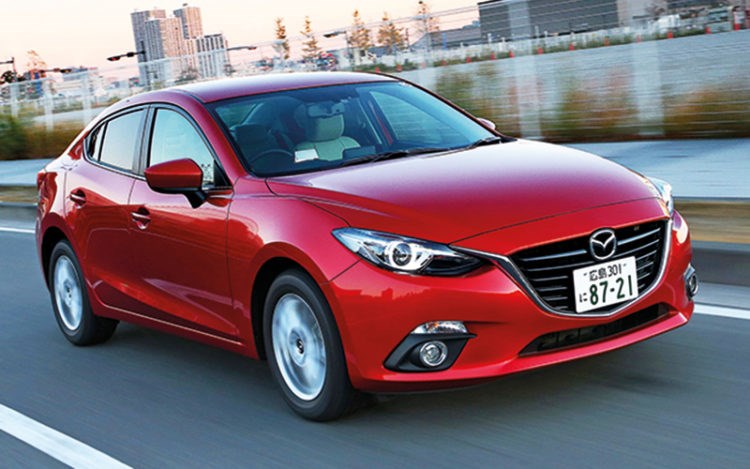 The Mazda Axela hybrid is gaining more popularity, although it’s still not commonplace.

It is favoured for its slicker, more conventional styling. The third-generation Axela hybrid features Mazda’s 2.0-litre four-cylinder SkyActiv petrol engine matched to an electric motor. Power is delivered through a CVT and features a power control system sourced from Toyota.

The electric part of this vehicle has been taken directly from the Toyota Prius; the Axela returns 3.2l/100km on the Japanese cycle, while the NZ RightCar resource rates the CO2 output at 105g/km (3P-WLTP).

The combined output ends up at 100kW – although some say the Axela hybrid feels more powerful than its Prius rival.

We also found several variants that had received cosmetic enhancements to give the appearance of a sportier car. Because its appearance is similar to the regular ICE variants, it’s hard to tell them apart. So, if it’s understated elegance you are looking for, the Axela hybrid is the car for you.