As the ongoing shortage of automotive production components has put a strain on the new and used car market, we have seen unprecedented spikes in car prices in just about every section of the market. Consumers who need a car now are willing to pay much more to get behind the wheel today, rather than ordering a car and waiting months for it to arrive. We now have choices to make; is it worth spending more for a used car now, orwaiting and ordering a new one to take delivery later?

One car that has seen enormous spikes in price due to availability is the Toyota 4Runner. According to Carmax, a six-year-old model ($34,000+, SR5 trim) is barely cheaper than a brand new one ($38,805 MSRP, SR5 trim). With this in mind, should you buy a used 4Runner SUV, despite the current price hike?

Ever since Toyota entered the automotive market, it has set the standard for automotive reliability and longevity, and the Toyota 4Runner is no exception. Per Consumer Reports, the 2016 Toyota 4Runner received a near-perfect reliability score. Consumers praised the reliability of the SUV’s cooling system, drivetrain, climate control system, and exhaust over other models in its class.

According to some owners, however, there are some small issues with the Toyota 4Runner’s reliability in the long run. Some owners complained about the braking system, the paint job longevity over time, and the body integrity. However, the 4Runner receives great marks in just about every mechanical category, making this SUV an extremely reliable machine despite the mileage.

Does the 4Runner hold its value well? 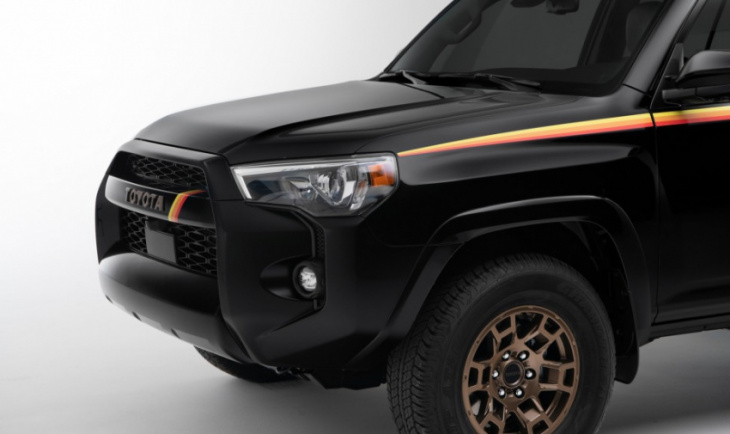 If you are getting a Toyota 4Runner, you are driving an investment that pays for itself. Nearly everyone in the SUV market has a 4Runner on their list, and with many consumers having a 4Runner as their favorite, there will be no shortage of buyers looking to pay you top dollar for your Toyota, should you ever wish to sell it.

For the 2023 Toyota 4Runner, there are not many notable changes to speak of. The 4Runner will get blind spot monitoring as a standard feature for all trim levels, and the 40th-anniversary retro edition will offer some flashy paintwork.

Other than these two small updates, there is not much to speak of in terms of brand new features over the previous Toyota 4Runner.

Is it worth it to buy a used Toyota 4Runner?

With many consumers needing a car right now, it may be worth it for some people to get a used 4Runner off the lot. While the new 4Runner does carry the appeal of being a brand new car, it will require paying way over the base model sticker price to get features that could be had on a used model for the same amount.

As far as aesthetics go, the 4Runner is a classic body-on-frame SUV whether you are considering a used one or a brand new one. And if able to find a fully loaded used model for the price of a new base model, some consumers just might find a deal that works perfectly for what they need.