Why not put a V12 engine in your Mazda RX-7? And while you’re at it, add an LTO widebody kit and then blow some Gas Chamber Green paint on it, too. Our pal Larry Chen came across this rather flamboyant RX-7 with the heart of a Pagani. Yes, the stock rotary engine is legendary, but you can only wring so much out of them. And a V12 has a certain ring to it, doesn’t it? 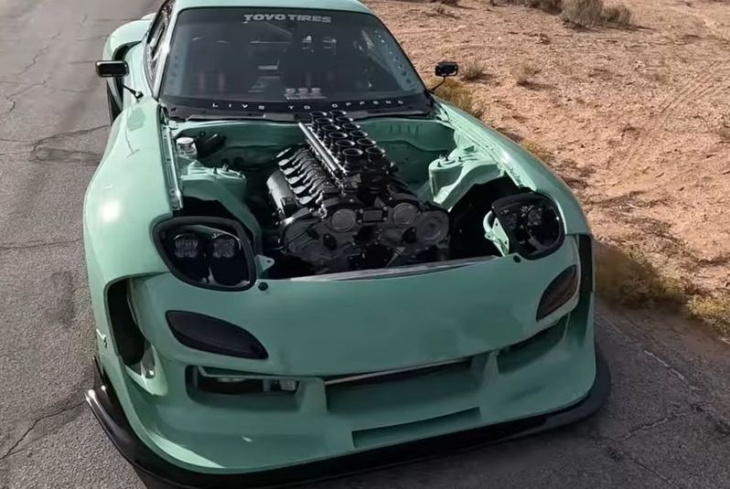 The build is the brainchild of Gooichi Motors out of Loxahatchee, Florida. Dumping a Mercedes-Benz V12 into an FD seems like, if nothing else, an exercise in frustration. At least there was plenty of room to stuff it into. This setup weighs about the same as an iron LS, and there seem like a million of those swaps running around. And stabbing an LS into an FD is so 2018.

There has never been much aftermarket support for these M120 Mercedes-Benz engines. Most owners took them as they came from Mercedes. After all, they were all north of $150,000 when new, and this was in the mid-1990s. They ran in 600 SEC and CL coupes, 600 SEL, S, and SL models, and all Pagani Zondas in various forms. Power ranged from 389 to 402 hp in Mercs. Pagani bumped those numbers to 800 hp leading up to now. 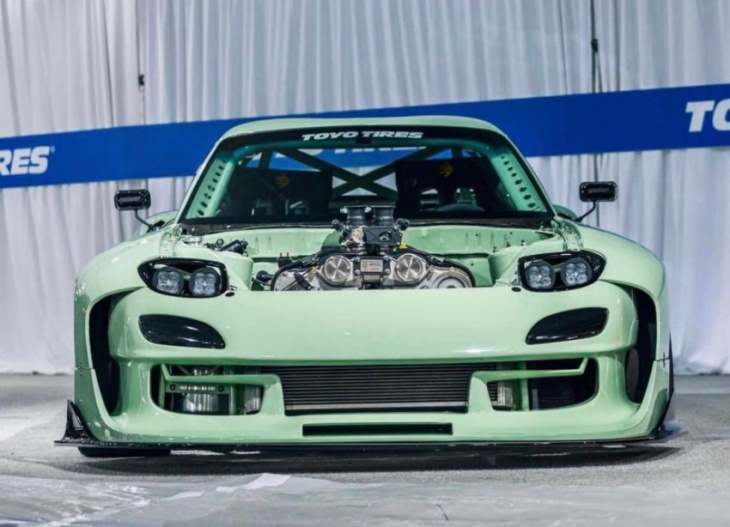 So it isn’t just a hot rod engine swap like a small block Chevy into a Ford Deuce coupe. Gooichi had to create all of the accessory drives, induction, exhaust, and more. Like the heads. They’re completely reconfigured. Even the valves are located in different areas.

What was changed on the Pagani V12 RX-7 engine? 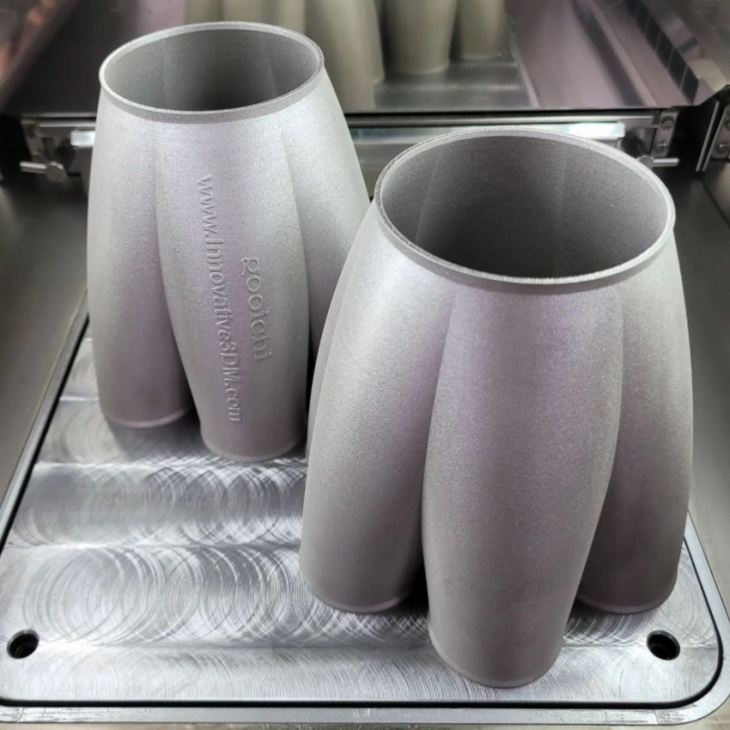 Water pump block-offs defer to an external pump located at the radiator, and a dry sump pan was hogged from billet aluminum. The intake runners and even the coil brackets were all hewed from aluminum with a five-axis mill. 3D printing was used to create the header collectors. An HGT sequential six-speed manual transmission spins a solid rear axle.

There are also longer rods and unique pistons for added compression. Large billet cams were ground for a bigger bump. The engine spins conservatively at 9,000 rpms. A Pagani Zonda R hits 8,500 rpm, so this is more radical but within the Zonda rpm zone. Power should be around 1,000 hp, which is within LS swaps but much more exotic. 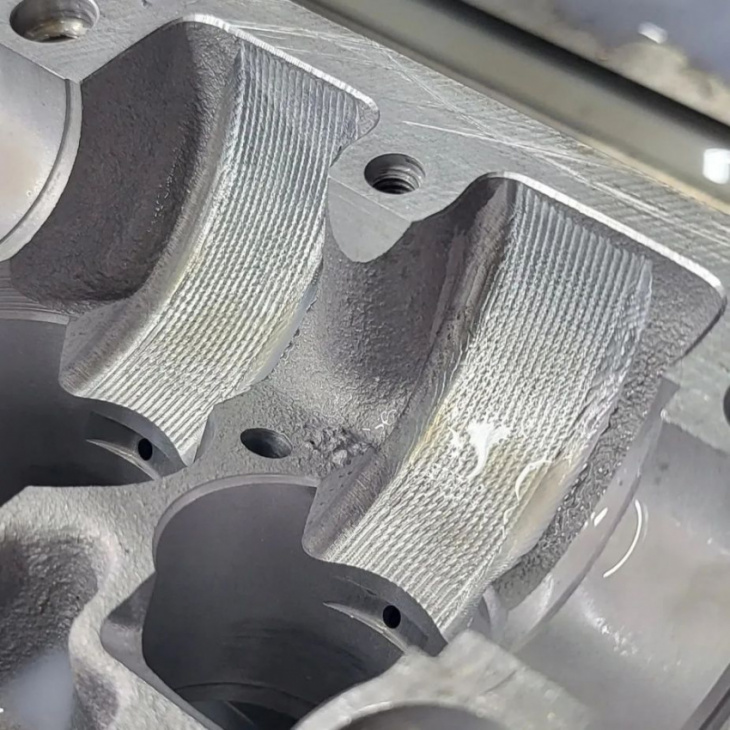 And don’t forget, this is naturally aspirated. No turbos or supercharger huffing. The ECU shifts from E85 to Methanol, depending on the flogging.

Is this a drag car or a track car? 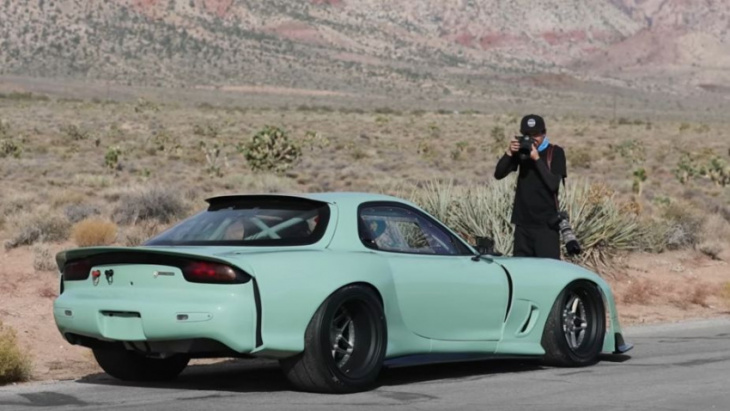 The 1552 wheels mount some wide 345 rear Proxi R hoops. With the stance, roll cage, and external battery connectors, this thing looks like a drag car. Especially with the ITBs standing up proudly in front. But the intent is for some fun super lap, time and tech events, and street shenanigans.

The top received a splash to make the carbon fiber replacement. Carbon doors and hatch are in the works, but to keep it legal the windshield and rear glass are still the factory pieces. Inside, a Haltech screen for track data is mounted to the Bubble Tech dash. An electric steering pump from a Volvo will work the electronic steering.

And that’s the thing. If you’re looking for a business card to liven up your sales and service, this is how you do it. Thanks to Larry Chen for the great vid.

Keyword: A Pagani V12-Powered Mazda RX-7 Because Why Not?

2024 Mazda CX-90 revealed Is the Mazda CX-90 better than the CX-9? How much does the 2024 Mazda CX-90 cost? Hiroyuki Sanada is a Japanese actor that has starred in films like Bullet Train and The Last Samurai. Sanada is internationally known thanks to his talents and key roles ...