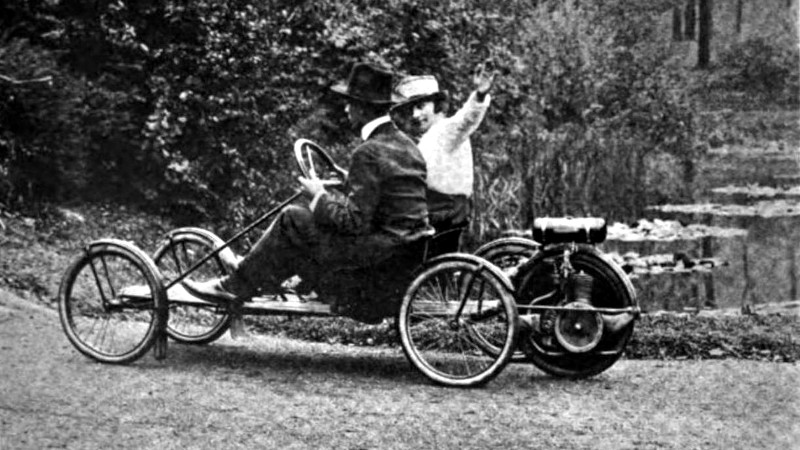 A couple of years ago, Hackaday published an article, “Electric Vehicles Continue the Same Wasteful Mistakes That Limit Longevity“, in which we took a look at the way the car industry, instead of taking the move to electric traction as an opportunity to simplify their products, was instead making their electric offerings far more complex. It touched a nerve and received a very large comment volume, such that now it is our 19th most commented story of all time.

It’s something brought back to the fore by seeing a The Drive piece bemoaning the evolution of the automobile as a software receptacle governed by end-user licenses rather than a machine under the control of its owner. In turn that’s posed the question: Just what do you really need for a car, and what is superfluous? Time to provide an answer to that question, so here it is: a minimal motoring manifesto.

It’s The Subsystems, Not The Design

The mechanical parts of a motor vehicle are by and large a done deal. We worked out long ago how to make motor vehicles that don’t decay in a short time, that have reliable mechanics, are safe to use, and handle well on the road. The front-wheel-drive car with transverse motor and transmission, a wheel as close to each corner as it can be, and independent suspension all round has been a staple on the road since the 1970s, and the probability is high that one will be sitting on your driveway.

It matters not whether it has an internal combustion engine or an electric motor, over time it has evolved to offer exceptional crash protection and a reasonable weight. Thus this is not about the physical and mechanical design of a motor vehicle, instead it concerns the subsystems that run the show. In a world where engines don’t break at 100,000 miles and it’s not uncommon to see two-decade-old cars with no rust, it’s these subsystems which will make the difference between a car under the control of its owner and one which makes an early exit to the scrapyard.

In every motor vehicle, there are different systems responsible for their respective tasks. Sometime these are integral to the safety or operation of the car such as the engine management or the antilock braking, other times they are not, such as the air conditioning or the entertainment system. The former are essential, the latter are toys to entice would-be owners to buy the cars.

We get it that a new car buyer wants plenty of toys to brag about and feel good about their purchase, but at the same time the extra complexity brought about by those toys should not be the reason for a car with plenty of life left in it to come off the road a few years later. So here’s the first manifesto point: separate the toys from the essential stuff such that whatever runs the toys is not mission critical to the operation of the vehicle, and is not governed by subscription or software licensing terms. By all means have the navigation system disappear when the app goes to abandonware, but this should not come at the expense of the car’s being able to operate.

Provide A Minimal Way In

The OBD interface provides a way in, but not the one that’s needed. Losch, CC BY 3.0

The saddest thing about walking round a scrap yard here in 2022 is that where once there would have been plenty of worn-out cars, today there are as many near-perfect cars. The computing power behind those toys for the person who drives it off the forecourt is a technological tour de force, but that’s of scant comfort to whoever owns it at ten years old who is faced with a bill for its replacement.

We understand that the manufacturer wants to build planned obsolescence into their products, but at the same time it’s for them to make better cars without resorting to dirty tricks. It should not be beyond the bounds of technical possibility to have a standard interface with enough capabilities for third party electronics to provide those essential functions to keep the vehicle going.

Would anyone like to claim that minimalism can’t be fun to drive? Neozoon, CC BY-SA 3.0

We mentioned earlier that to some extent automotive design is a done deal, in that the transverse engined front wheel drive vehicle is king. Of course owners of RWD vehicles will chime in below in the comments, but it’s fair to say that with not many exceptions there’s surprisingly little difference between models.

A VW and a Ford and a Nissan feel so much like the same car in a way that their equivalents from several decades ago wouldn’t have, so the differentiating factors come down to the details. So desperate are they to differentiate themselves, that to distract from the blandness of the driving experience they instead concentrate on the experience of being in the car. It’s been such an insidious process as to be almost invisible, but should you try sitting in a car from decades past you’ll immediately see the difference. The older car has very little to distract the motorist, it’s a much less cluttered experience.

So here’s a novel idea, how about starting the design process from a point of view that less is more, and creating vehicles with the minimum required for them to be driven, because they are simply fun to drive? Perhaps people have forgotten even that driving can be fun.

Of Crooks And Dreamers

Of course, we know that this grandiosely-titled manifesto is simply a collection of ideas, and that no manufacturer will act on them. I once heard the adage that there were two types of small-production motor manufacturer, either crooks or dreamers, and I’m guessing that puts this article firmly in the land of dreamers.

But watching motor vehicles as an enthusiast sometimes feels like being an outsider in your own world, while everyone is gushing about the in-car entertainment system and you’re wondering why they don’t seem worried about its longevity or that the utilitarian styling cues aren’t matched by any pretence of ability away from the school run. We may be living in late-stage automobile design, but that doesn’t mean we have to like it.

Lithium Mining for EVs Could Destroy the Planet if We Don't Change Our Car-Centric Ways: Report

Make some noise: EVs, hybrids to have minimum sound levels

BMW aims to be “most sustainable carmaker”

You can choose from three versions: Base, Vitesse, and Pur Sang.

The Malaysian automotive market has a wide variety of luxury cars from virtually all automakers, but a pre-owned model can sometimes make more sense to purchase, especially for those who want to watch their spending. Because luxury cars tend to get their biggest hit in depreciation in the first few ...


View more: Pre-owned luxury cars under RM150k - what are your options?


View more: The 4 Most Reliable Mini Cooper Model Years You Can Buy

GRT Yamaha have officially taken the covers off their 2023 WorldSBK machine as Dominique Aegerter and Remy Gardner get set for their second pre-season test of the year. After making their WorldSBK debut during the final test of 2022, which was also at Jerez, Aegerter and Gardner were back ...

Tesla's CEO has had several run-ins with Biden in the past.

The Off-Road Toyota Sienna Minivan Is a Total Beast

5 Minivans That Have the Most Cargo Space

BMW set to drive record sales in India in 2022

Can the 2024 MINI Aceman EV shake up the urban SUV market?

Climate change Minister says sub-RM 100k EVs are being looked into, but we think he needs to look elsewhere first

Govt to look into ways to bring in EVs priced below RM100K, says minister

Chevelle Flips Minivan On The Highway

8 excellent minivans you can't buy in the United States

MINI Clubman replacement to take on the Volkswagen Golf and ID.3