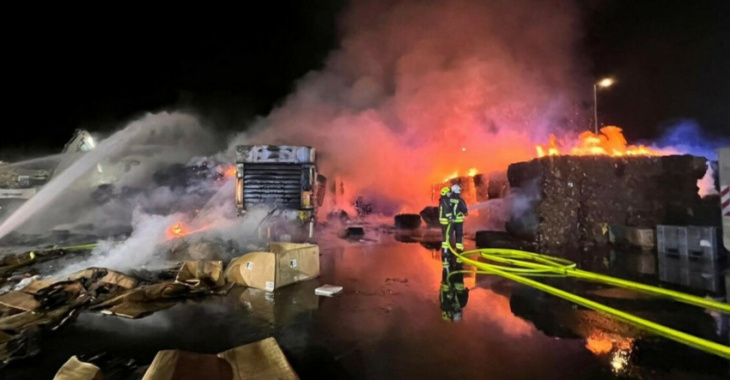 A fire broke out at Tesla Gigafactory Berlin’s recycling plant in the early hours of the morning, and now a local group that has been fighting the project is using the fire to call for stopping production.

In the early hours of the morning, Tesla’s own fire brigade at Gigafactory Berlin called the local fire department of the municipality of Grünheide, where the factory is located, for help.

According to a report from Märkische Oderzeitung, a local newspaper, a large pile of cardboard and wood caught on fire at the recycling facility located at the factory (translated from German):

Eight hundred cubic meters of paper, cardboard, and wood reportedly caught on fire – resulting in significant flames being spotted at the factory:

It reportedly took hours and 50 firefighters, including 12 from Tesla’s own brigade, to get the fire under control this morning: 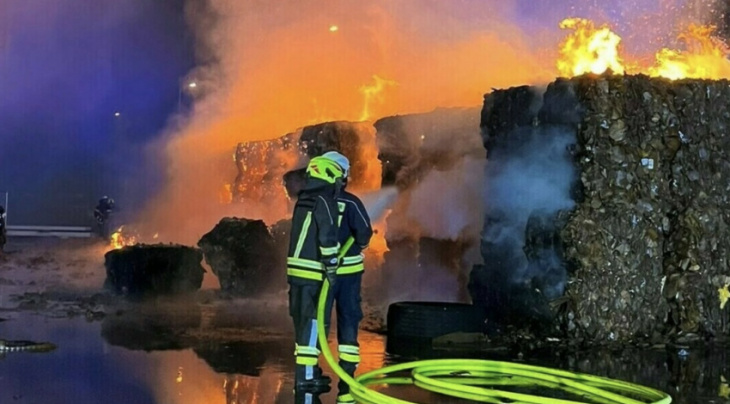 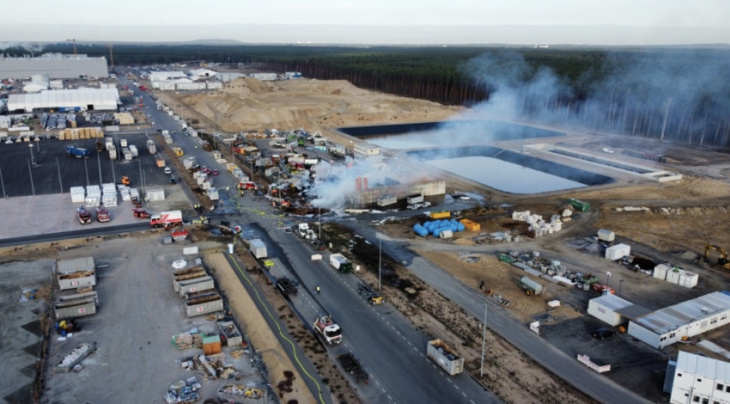 Fortunately, no one was injured and the fire didn’t propagate to other parts of the factory.

However, the story doesn’t end there. Now detractors of the Tesla Gigafactory Berlin project are calling for a production stop due to the fire.

While the project was mostly welcomed by locals, there was a decent amount of people who objected to Tesla establishing a factory at the location due to the impact on the local environment and especially on the drinkable water supply.

Now one of the groups still fighting the project, the citizens’ initiative Grünheide (BI), is calling for an immediate production stop over the fire. Representative Steffen Schorcht commented:

Our worst fears have come true. We demand a production stop until the causes and circumstances have been clarified and all safety-related measures in the water protection area have been implemented.

Earlier this year, the same group called for Tesla’s production permit to be revoked following a paint leak at the factory.

Tesla has yet to comment on the fire at Gigafactory Berlin.