A confidential seat swap in the Caparo T1 – evo Archive

How a passenger ride turned into a drive, which then became a world exclusive first road test of the Caparo T1 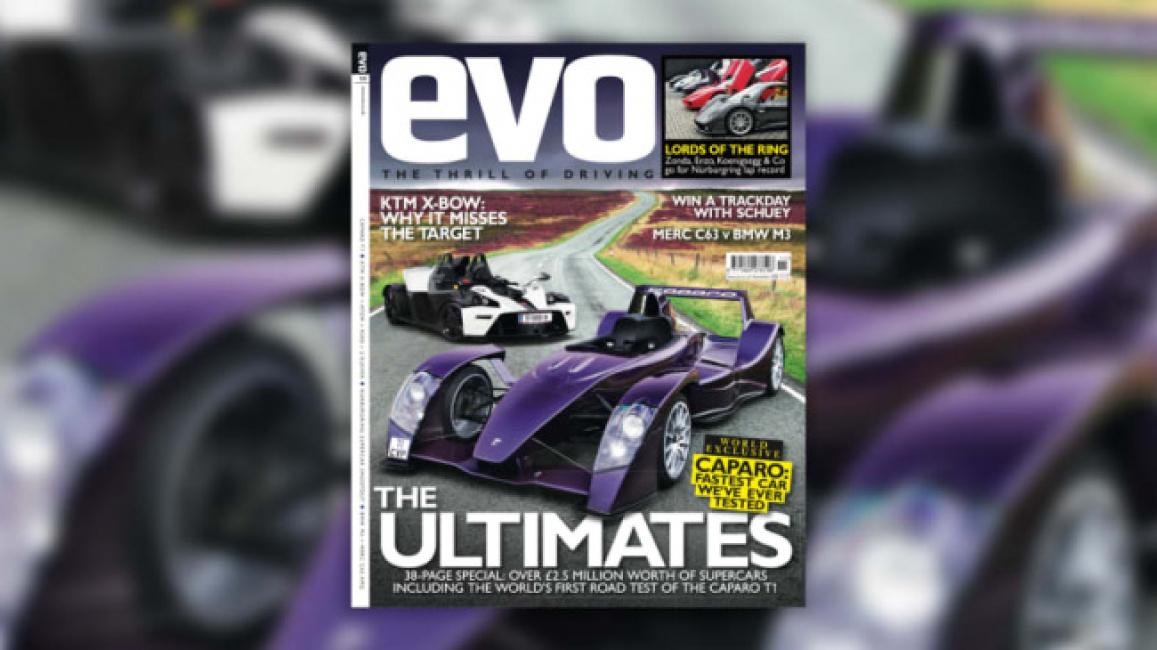 ‘You really should drive it if you’re going to write about it,’ said Phil Bennett. ‘Just pretend that you haven’t!’ This was the prelude to a slightly unexpected world exclusive in issue 123.

These days there are so many wild, weird and sometimes wonderful hypercars that, like a Panda chasing a Jaguar, it can be hard to keep up. McLaren Solus GT, Rodin FZero, Aston Martin Valkyrie, Czinger 21C, Bugatti Bolide – they all seem to promise the sort of mind-bending performance that some racing prototypes would struggle to match. But before them all, 15 years ago, there was the praying mantis in automotive form, the Caparo T1.

It was designed by Ben Scott-Geddes, who had previously worked on the McLaren F1. He went on to work for Ferrari and now has an intriguing project with Fering Technologies. However, his Instagram profile picture seems to show where his heart still lies as it is an image of Rip Clutchgoneski – the character from Cars 2 that bears a striking resemblance to a T1.

The T1 weighed 672kg (wet) and had 610bhp from a 3.5-litre, 90-degree V8 that would rev to over 10,000rpm and was originally designed to run on methanol in IndyCar. The gearbox was a six-speed, paddle-operated sequential, there was variable traction control and the carbon tub was said to be comparable to that of an F1 car of the time. It eventually lapped Before Autodrome’s West Circuit almost nine seconds quicker than anything else we’d timed there.

Perhaps, however, with hindsight, the most remarkable thing about the Caparo T1 was its price. Each of the current hypercars listed above will set you back a seven-figure sum, but in 2008 the T1 was a mere £225,000. A quick scan through The Knowledge in issue 123 reveals that a Ferrari 612 Scaglietti with a couple of options cost about the same.

Anyway, the rest of that issue was all about ‘The Ultimates’, and the Caparo story was meant to be a secondary feature after a group test with the new KTM X-Bow. The reason for its lower billing was that we were only going to be allowed a passenger ride on the road. Caparo had experienced a rather unfortunate series of tests with the world’s press during the preceding year (a wishbone broke at Goodwood with a Dutch journalist on board, there was a fire while Jason Plato was driving and finally Clarkson labelled it simply unsafe) so there was an understandable nervousness about access.

I had to sign waivers and agree to wear Nomex and a HANS device, even though we were in north Wales on a piece of public road where people might point and laugh. For most of the day Caparo’s test driver, Bennett, duly drove while I tried to keep out of the way in the snug passenger seat and take it all in. Then, just as the light was beginning to dim, came that suggestion of a confidential seat swap. So, evo became the first magazine to drive a T1 on the road.

It had a huge turning circle that required aggressive use of the throttle to tighten it (quite fun) but the car didn’t try to immolate me or unexpectedly crumple over a cattle grid. In fact it was much more resolved, drivable and fun than I’d expected. The accelerative performance felt wild yet in proportion to the chassis’ capability. And the bathtub driving position gave it a real sense of occasion rushing along a B-road.

I think once they saw the slightly giddy grin on my face as I pulled my crash helmet off they realised that pretending I hadn’t driven it wasn’t really sensible. So I didn’t and it ended up on the cover.

This story was first feature in evo issue 303.

We hope you never need an armored car to safely run errands, but if you do, Inkas Armored Vehicle Manufacturing is ready to gear a parent up for the school run. The Canadian armorer has just announced its latest, the 300 Series Toyota Land Cruiser. Given VPAM VR7 certification ...

If you’ve been car shopping lately, you’re probably aware that most new models have at least a few advanced driver assistance systems (ADAS). Tech like automatic emergency braking and forward collision warnings are table stakes to compete in today’s auto market, but a group of safety and consumer experts ...

The Ronin is a great bike which is far from a Royal Enfield imitator. BHPian rtr_drd recently shared this with other enthusiasts. I had a test ride of the Ronin for a few kms. I rode the base model. Came away impressed indeed. Many things felt really nice on ...

Ford has reportedly added yet another casualty to the list of vehicles it plans to offer without some factory options to customers who aren’t in a position to wait for chip shortages to abate. Ford Authority reports that higher-end Bronco trims that would normally come with factory navigation will ...