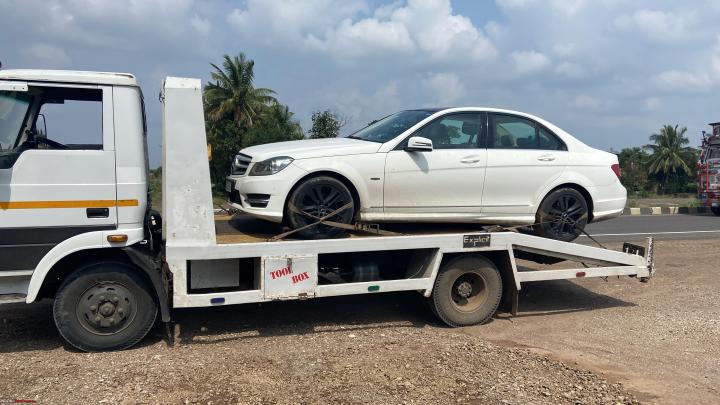 BHPian Mission_PGPX recently shared this with other enthusiasts.

We decided to have a spiritual drive to shirdi, Shani and Trimbakeshwar followed by Stay at The source by Sula. I prepared the car for the trip, did 2 part service in MB service center in ahmedabad. Had to change the brake-pads and read disks since it was due. We started early morning, spent couple of hours at saputara and finally moved to Shirdi. Just 15 kms before our hotel, we stopped at a traffic signal and car lost power. It doesnt move. I restarted it, and famous CEL came on but car can now move in D1 only. Basically it was in limp mode as MB calls it. Somehow managed to reach hotel limping at 30-40 kmph.

I called SAs at MB but no one answered. Nearest MB service station was in Nashik, where i called and receptionist informed that she will arrange a callback from service advisor, which i never got. Called my FNG guy and he suggested to let the car cool down 25-30 minutes and then reset the gearbox. I allowed the car to cool for the night and next day morning reset the gearbox and fired her up. The CEL was on. I slotted in D and started to move it started changing the gears and i thought it must be a malfunction of some sensor, took 2-3 kms ride and parked her back in hotel but CEL was bothering me so I started a search for laptop and diagnostic tool in Shirdi. Luckily found a guy who had Delphi for diagnosis, he came later that night and scanned. The error code was P2767, speed sensor malfunction. He erased the code which made the CEL go away and I thanked god before going to much required sleep.

Next day morning we started early to reach Nashik, just 15-18 kms in our drive and car went in limp mode again. CEL came on and now it was time to put her on flatbed. Nashik was still 70 kms away. Luckily found a good rest-stop on highway where I parked and a bus was leaving from rest-stop to Nashik. I asked family to hop on and reach to hotel in Nashik so I can think at peace

Towing was a good option, though time consuming but certainly safe. The wait was over 2.5 hrs, which made me search for FNG in Nashik. I finally found one “Ideal Automotive Engineers”, photos of BMWs and Mercs were convincing enough to trust the guy. Called him and his response was straight it can be fixed by him, the sensor or solenoid valve may have failed in TCM. Hence, I decided to reach there instead of MB service station. I needed a quick fix and he seemed to be the guy.

Reached his workshop at 3 pm, he immediately took the car on ramp and opened the gear oil chamber parallelly scanned the error. It was “y23xx sensor faulty”. Now diagnostic was clear, the sensor needs replacement which he ordered from Mumbai. I had to extend the stay one more night which I happily did. Next day the car was ready, I was asked to change the tranny oil once every 50000 kms. My ODO was at 87000 kms and according to him it was never changed. While MB service record states that it was changed at 57000 kms as a part of routing maintenance. Apparently my car was on lease program and was maintained at MB for four years. The Trust comes very costly

Anyway, We could reach home safe and sound enjoying the drive more than ever, the shifts feels smoother now and GB feels more relaxed. Total dent on pocket including towing on flatbed is 29,000/-.

After this, I started believing more and more on FNGs rather than company service stations. Yes, the standards may not be that high, but atleast you know what is getting done on your car. 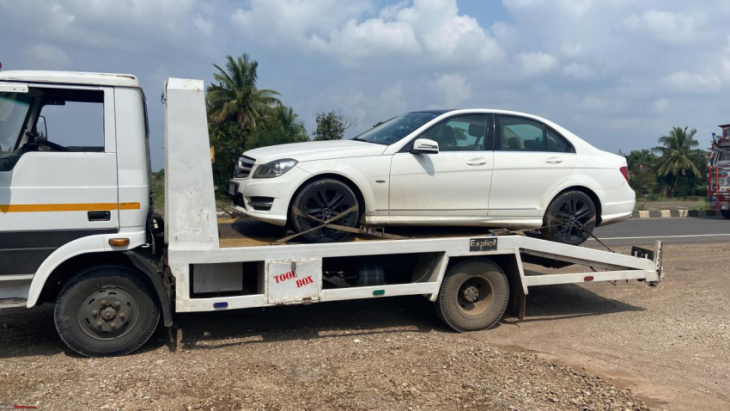 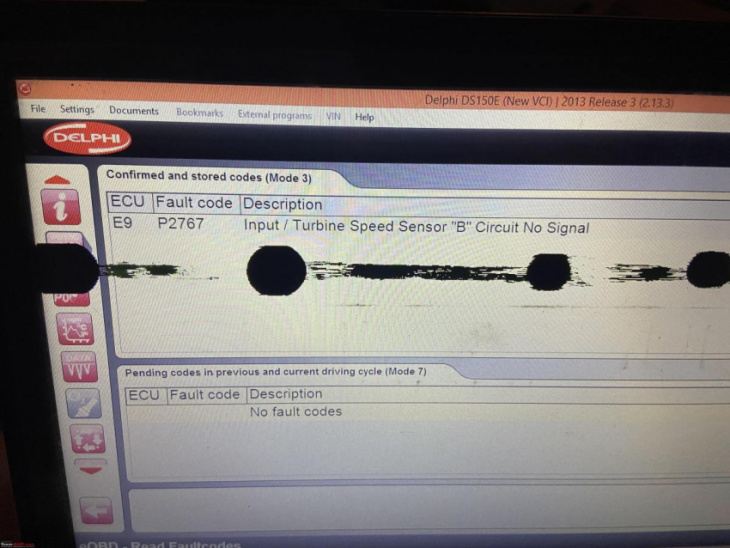