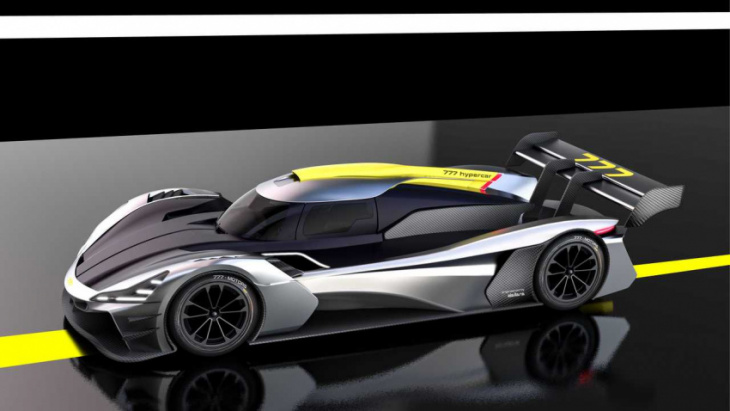 Monza will soon be home to a new track-only racing machine. It is called the 777 hypercar and it’s the first creation of 777 Motors, a new brand founded by entrepreneur and collector Andrea Levy.

Created through collaboration with many entities in the automotive world, the 730-horsepower machine is just the tip of the iceberg of what can be called a comprehensive experience that reaches well beyond the car. That’s because 777 Motors delivers an entire racing experience that includes a home-based simulator, special racing events, and even exercise equipment to prep for the forces this hypercar can generate.

Levy’s idea is to build a car homologated only for the track and free of all regulations. Since the car does not have to meet certain standards in terms of styling, aerodynamics, and power, engineers were given the opportunity to create a car that is extreme in every way and capable of truly representing the ultimate innovation in the realm of track-only supercars. More than that, the 777 is a mobile laboratory of new solutions that could debut tomorrow in motorsport or road-going supercars. 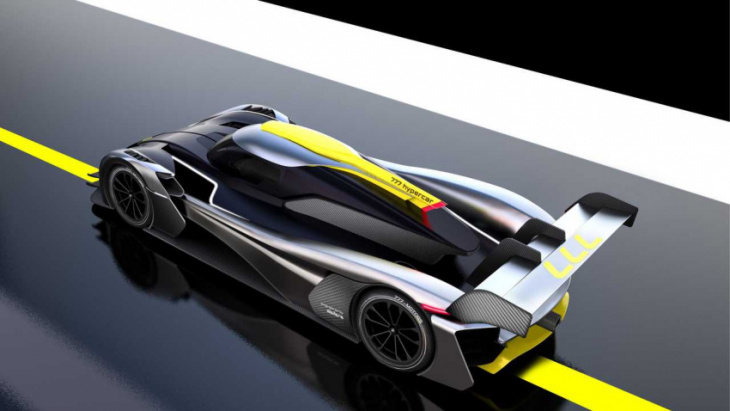 Consisting of an FIA homologated carbon monocoque and a body designed by Umberto Palermo, the 777 hypercar sports a breathtaking shape with references to LMP1 cars. Compared to these racing machines, Levy’s hypercar has a design that is less constrained by regulations and can therefore boast different solutions, such as slim headlights that extend into the sides or the giant rear wing.

Brakes, suspension, and the gearbox come from the world of racing and were developed in collaboration with many partners who have participated in endurance races, such as the 24 Hours of Le Mans and the 24 Hours of Daytona.

As for the engine, it’s a naturally aspirated 4.5-liter V8 that spins all the way to 9,000 rpm. It develops 730 horsepower, and it works alone to power the 777 – there’s no electrification here. That’s done to help keep weight as low as possible, and at 1,984 pounds (900 kilograms) it’s indeed a very light racer. It’s not oblivious to the current climate crisis, however. The engine is designed to run on synthetic fuels that allow a 65 percent reduction in CO2 emissions without losing anything in terms of sound and performance.

Prepare Your Mind… And Body

In addition to pure power, the 777 is also a performance monster when it comes to aerodynamics and cornering grip. The hypercar develops 4,630 lbs (2,100 kg) of downforce at its top speed of 230 mph (370 km/h), and it can pull up to 4gs in corners. That’s enough to send the 777 around a lap of Monza in 1 minute 33 seconds, a time two seconds faster than the Glikchenhaus SGC007 driven by Romain Dumas at the 2022 WEC 6 Hours of Monza.

It’s also enough to push beyond the physical limits of many drivers. That’s why 777 Motors includes purpose-built exercise machinery to strengthen the neck area and prepare buyers to handle the high stresses on the track. But before folks even get there, 777 Motors includes a professional GT simulator from Tech & Sym worth about 100,000 euros. It’s built on a Dallara chassis and is capable of faithfully replicating the 777’s behavior. 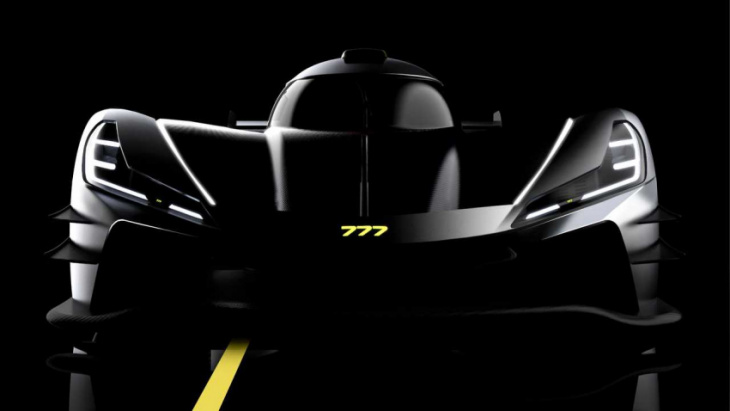 These most unusual automotive accessories will be delivered to owner’s home. For 777 buyers on the road, they can use Dallara Driving Simulators (the same sims used by Formula 1 and IndyCar drivers ) located at Varano de Melegari and Indianapolis Motor Speedway. Also included in the car’s extra equipment is a racing kit from Sparco, and a helmet from Stilo that allows real-time communication between the driver, engineers, and mechanics.

Only seven examples of the 777 will be built, with deliveries slated to begin in 2025. The first full-scale prototype will be unveiled and displayed at the Monza Autodrome in 2023. In fact, all 777s built will be housed at the famous race track, as Andrea Levy’s company will have a fixed location there. Enthusiasts will be able to admire the car every day and learn more about the brand’s projects. 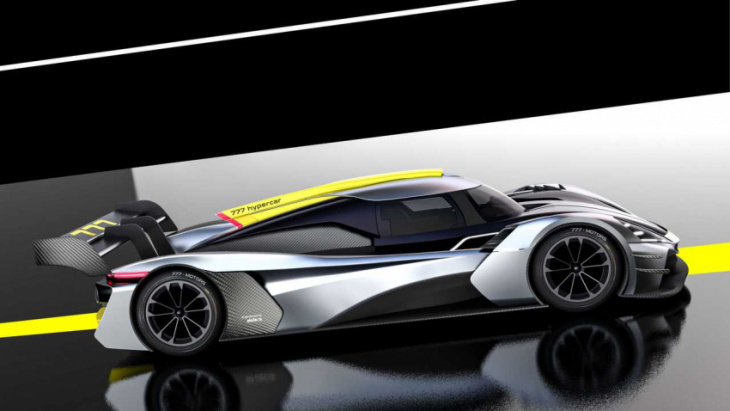 Of course, this all comes at a cost and if you missed it at the top of the article it’s quite expensive. The 777 and all its extras have a price tag of 7 million euros, which currently translates to $7.1 million. That includes track time at Monza with a supporting crew of engineers whenever the owner wants to go for a drive, and it will be time well spent. 777 Motors will host 14 special events over two years in which owners can enjoy the hypercar to its fullest.

Keyword: 777 Hypercar Is A 730-HP Racing Experience Based At Monza

Be sure to get a smartphone pic, or your friends will never believe what you saw.


View more: A Spotter's Guide to the Rarest and Most Exotic Hypercars