Considering the price of used cars has been crazy over the past year, it can seem impossible to find a sports car for under $5,000. Believe it or not, it is possible. You may need to search long and hard to find an example in decent condition for less than $5,000, but it could be worth the effort. If you’re unsure where to start, check out your local Facebook Marketplace and Craigslist ads for one of the following cars. 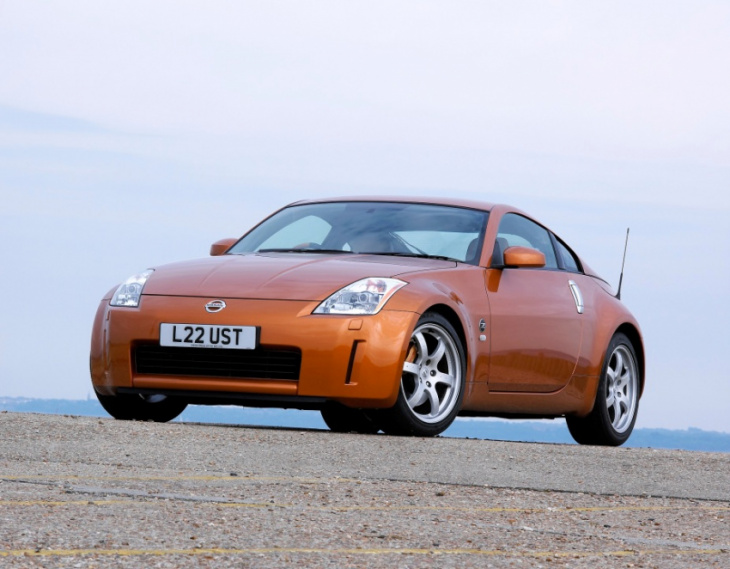 However, keep in mind that the 350Z lacks some interior refinement as plenty of cheap plastics are used throughout the cabin. Also, it can be tough to find sub-100,000-mile examples for less than $5,000. But if you’re handy in the garage, you keep maintenance costs low after purchasing the car. 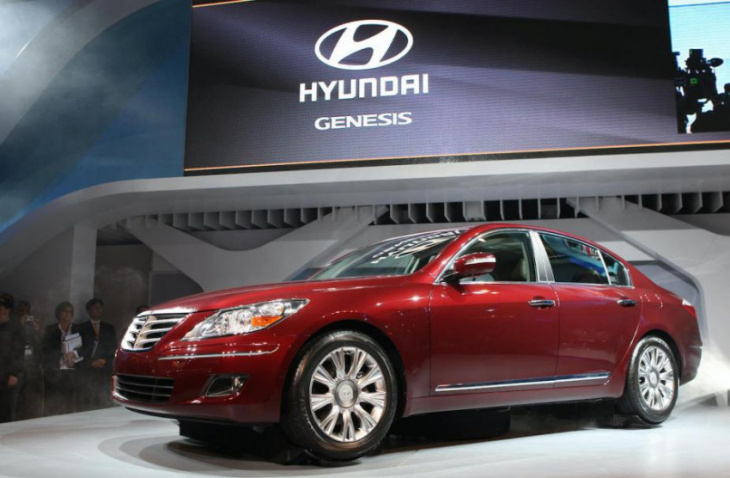 Before Hyundai created the Genesis brand, it had a Genesis sedan (and coupe). The Hyundai Genesis sedan was a comfortable and stylish luxury car that looked like a genuine Mercedes-Benz rival. It had an upscale leather interior and many features that you would find in German competitors that cost nearly twice as much.

It’s hard to beat a 2002 Chevrolet Camaro Z28 when it comes to the dollar-per-horsepower ratio – especially if the car costs less than $5,000. This vintage of the Camaro Z28 came with a 5.7-liter V8 engine that produced 310 hp and 340 lb-ft of torque. That’s enough power to rocket the car to 60 mph in a little over 5 seconds. Now that’s value! 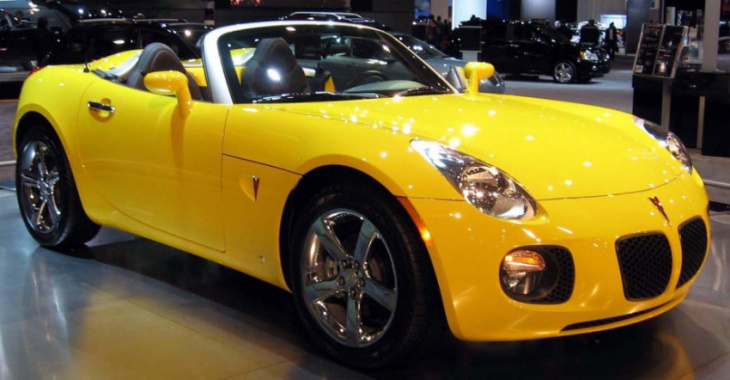 The 2006 Pontiac Soltice might seem like an unorthodox choice, but it has what you need in a sports car. According to Jerry, “With a convertible design, flowing body lines, 18-inch wheels, and 50-50 weight distribution, [the Solstice] oozes speed and luxury.”

More specifically, under the Solstice’s hood is a 2.4-liter, four-cylinder engine that puts out 177 hp. That engine can be connected to either a five-speed automatic or manual transmission. For the most fun, we recommend the latter. 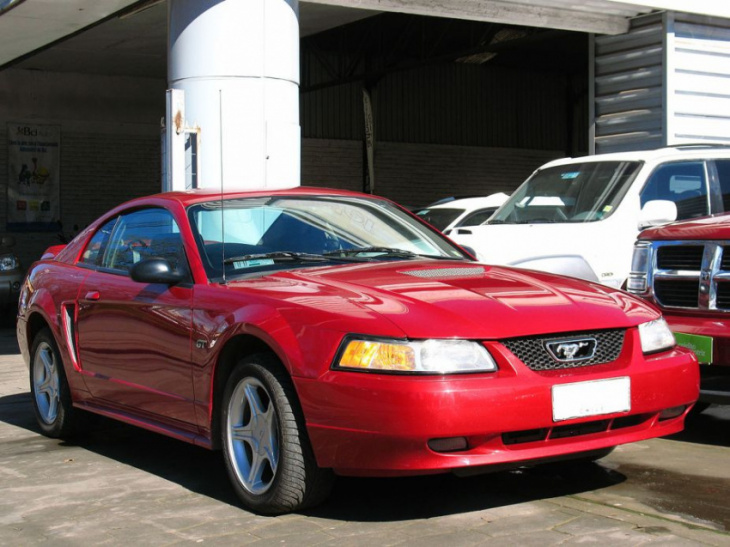 The Ford Mustang is one of the most popular cars ever made and has widely been considered an icon since the 60s. If you look hard enough, you might be able to find a 2000 Mustang GT model, which was quick for its time. Under the hood is a 4.6-liter V8 engine that’s paired with a five-speed manual transmission and churns out 260 hp and 302 lb-ft of torque. For $5,000, it’s quite a speedy bargain. 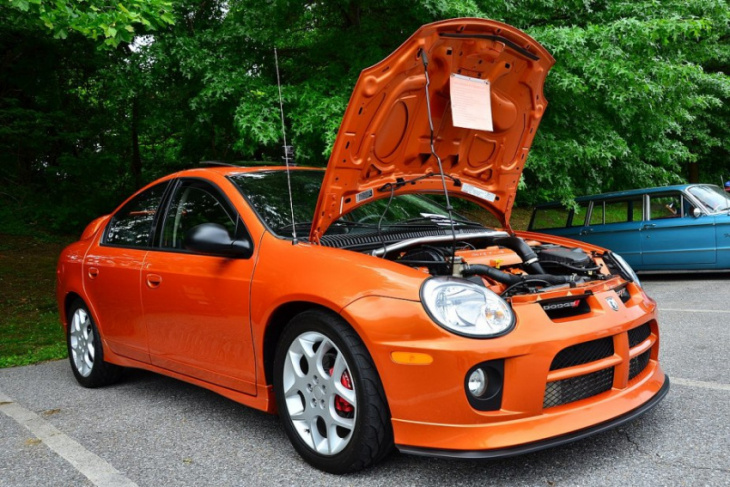 Although the Dodge Neon may be hard to recommend, the Neon SRT-4 is something we can get behind. Thanks to a turbocharger, it has 65 more horsepower than the normal Neon. All in, the Neon SRT-4 made 215 hp and 245 lb-ft of torque, which is stout for a lightweight compact sedan.

Keep in mind that finding a clean model for $5,000 could be tough. But if you don’t mind dealing with a project car, there could be a lot of potential with this platform. 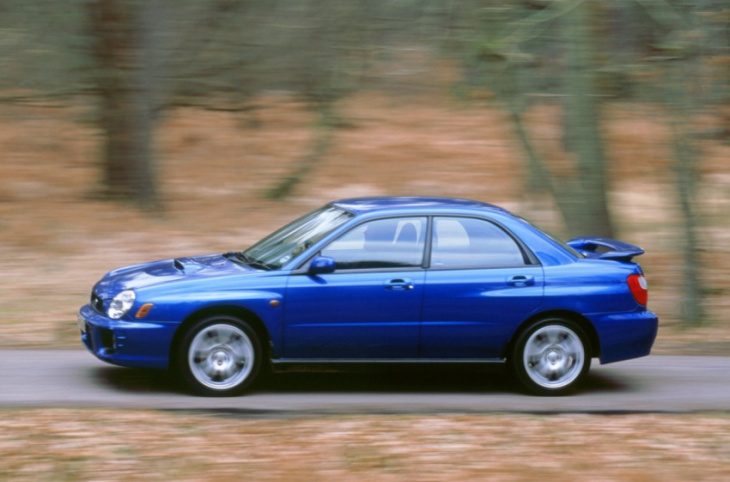 The 2002 Subaru Impreza WRX was the first turbocharged version of the car we received in the U.S. Its four-door body style was practical, and its powertrain was capable and provided a good amount of power. Sitting under the hood was a turbocharged 2.0-liter engine that pushed out 227 hp and 217 lb-ft of torque.

That power was routed through a five-speed manual transmission to all four wheels via a Symmetrical AWD system. It may not be quick by today’s standards, but for $5,000, this version of the WRX will still put a smile on your face.

Finding a few of these cars for less than $5,000 might sound like a stretch, but it’s possible. Some may be in worse shape than others, but you never know what you can find in your local classifieds. Either way, you’re getting a lot of speed for not a lot of money.