One of the most important aspects of owning a car is vehicle maintenance. Properly maintaining a car can save drivers money and keep their cars healthy. That said, some cars tend to be more reliable than others, and Toyota is famous for making reliable cars that don’t require much maintenance. This is why Toyota dominates the list of the least expensive cars to maintain. Here’s a look at the six Toyota models that made that list.

According to CarEdge, Toyota dominates the list of the least expensive cars to maintain over 10 years of ownership. Not only does Toyota have the lowest average maintenance cost across all brands, but it also dominates the list of individual cars. In fact, there are seven Toyotas in the top 10, and Toyota completely dominates the top six. That said, all the Toyotas that made the top of the list were sedans or hatchbacks.

The Avalon is Toyota’s full-size sedan offering and is in sixth place. It starts at about $36,500, and it has a 10-year maintenance cost of $4,407. That being said, while the Avalon has been Toyota’s flagship sedan for years now, the Japanese automaker has discontinued the Avalon for the 2023 model year. 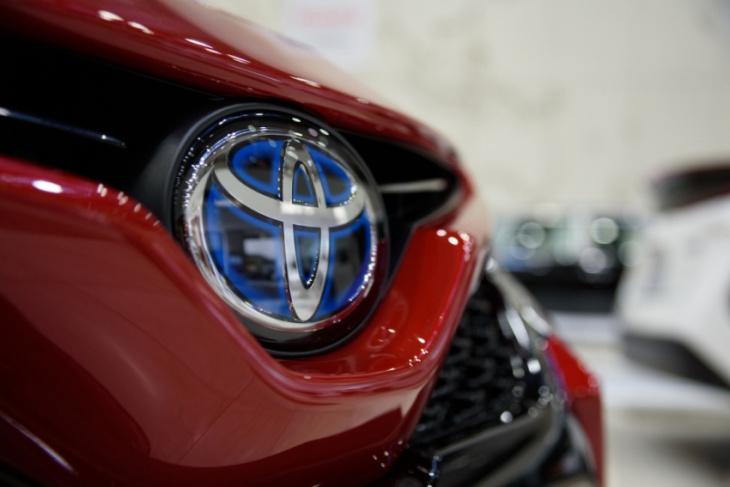 The Camry is Toyota’s popular mid-size sedan offering and starts at about $26,000. It has a 10-year maintenance cost of $4,203, which is about $200 less than what the Avalon needs. Overall, the Camry is a solid and dependable option that doesn’t come with powerful engines or extreme luxury, but it’s a great daily driver.

The Corolla is another of Toyota’s most popular sedans, completing the compact sedan segment. The Corolla starts at about $21,500, and it has a 10-year maintenance cost of $4,087. That’s a small maintenance cost difference between the Corolla and the Prius Prime, and the other Toyotas on the list will be in that ballpark as well. Just like the Camry though, the Corolla is a solid and dependable option that families will enjoy.

The Yaris is in the subcompact sedan segment, and while it’s not as popular as other Toyota models, it’s still cheap to maintain. The 2020 Yaris is the last model year that Toyota made in the U.S. before it was discontinued,startingd at about $17,000. That said, it had a 10-year maintenance cost of $4,027, making it one of the cheapest cars to maintain.

The cheapest car to maintain across 10 years, however, is the Toyota Prius. Toyota recently gave the Prius a complete redesign, but it’s still going to be the efficient and reliable hybrid car that shoppers know it as. The 2022 Prius starts at about $25,000, and it has a 10-year maintenance cost of $4,008. On top of that, the Prius has a fuel economy of 56 mpg combined, and this will allow owners to save even more money in the long run.

Toyota Motor Manufacturing UK has received funding from the UK government to develop a hydrogen fuel cell (FCEV) Toyota Hilux prototype. The funding was received through the Advanced Propulsion Centre (APC) for zero-emissions vehicle development, and the Hydrogen-powered Hilux will be produced in the UK in 2023. The Japanese ...


View more: 3 Reasons to Buy the 2023 Toyota Tacoma Base Model

The people have spoken, and they have chosen Toyota RAV4 as the 2022 AA DRIVEN People’s Choice winner. With the list formed from the top 15 vehicles sold in New Zealand from January to October 2022, we form a semi-random ordered list and open the voting for the month of ...