It looks familiar, but it’s all new 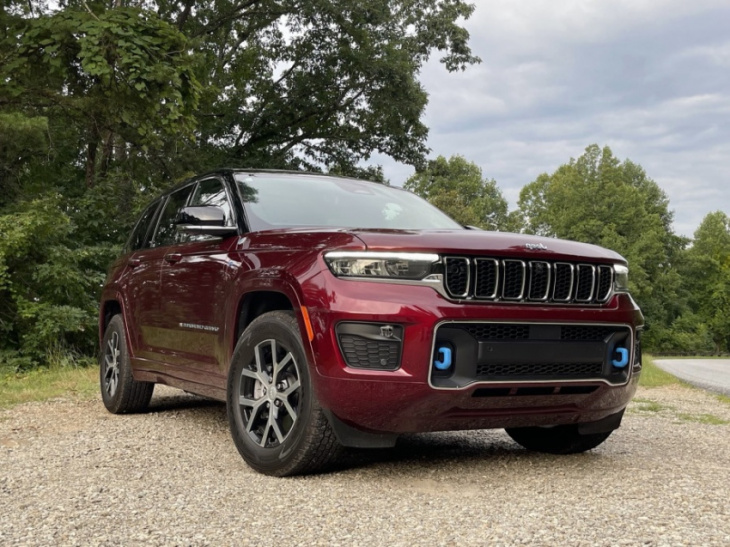 Nobody ever said the old Grand Cherokee was ugly, so were glad Jeep kept most of the styling cues from the outgoing model. The new one, though, is built on an all-new frame that was designed specifically for the Grand Cherokee. That means the new Grand Cherokee was designed from the start around a new 10.25-inch touchscreen, four-wheel drive, a high tow rating, and tons of engine options. Though, according to KBB, it did have some initial teething problems with that new technology.

It comes in five- or seven-passenger versions 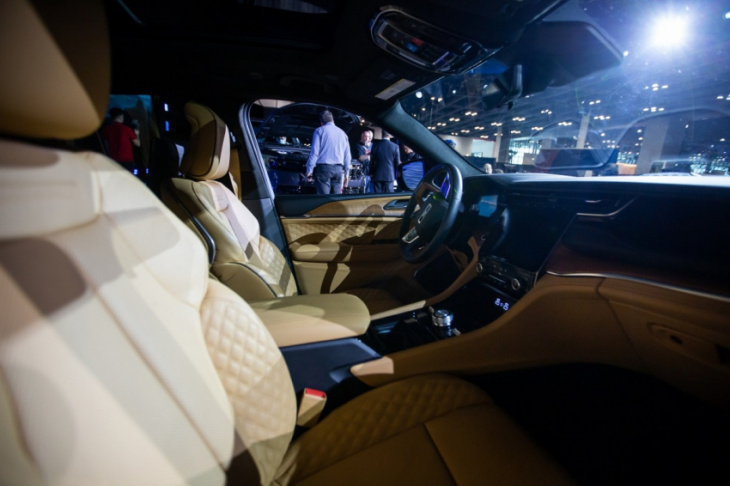 The new Grand Cherokee L, which Jeep launched as a 2021 model, added a five-inch longer wheelbase and a third row. It’s the first three-row Grand Cherokee, and that makes it one of the most capable seven seaters you can buy. But Jeep also added passenger accommodations to the L, like optional dual-screen Amazon FireTV, massaging front seats, and a modern looking interior based around a new 10.25-inch touchscreen.

You can get a Hemi V8 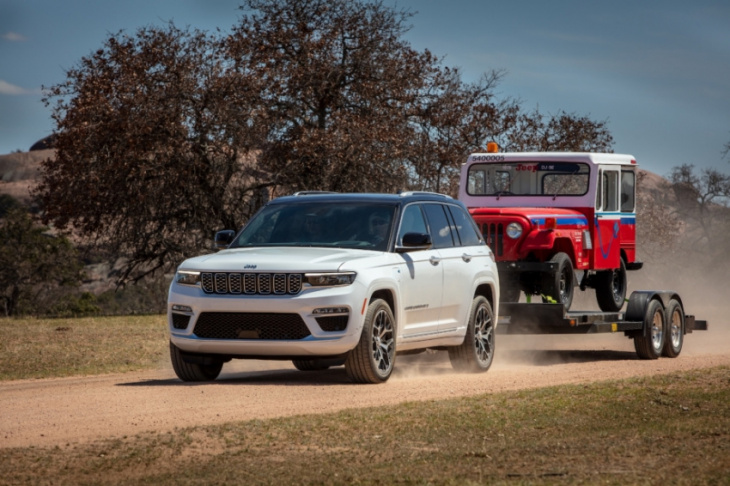 We know that 4xe PHEV version is great, but it’s hard to pass up the 5.7-liter V8 option. With the V8, you not only get a 7,200 pound tow rating, but also 357 horsepower under the hood. Jeep has done a lot to maximize the efficiency of the V8, too, with cylinder deactivation, variable valve timing, and a clever front-axle disconnect that puts it in two-wheel drive mode if the computer thinks that’s what you need. 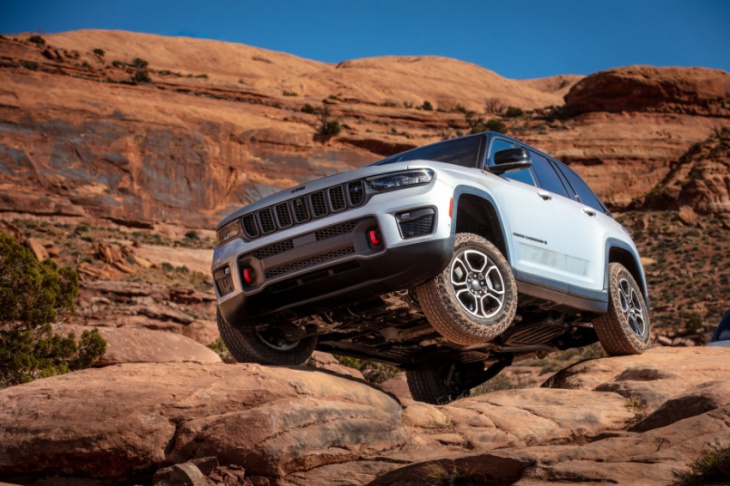 The new Grand Cherokee Trailhawk version is putting 4Runners, Broncos, and Land Rovers on notice. The new Trailhawk is the off-road spec for the Grand Cherokee and it comes with some new tech that makes off-roading less nerve-racking. For example, the Trailhawk has a sway bar that disconnects from the frame that allows the wheels to flop and articulate over obstacles, just like the Wrangler. It also has off-road cruise control, can ford up to 24 inches of water, and the Quadra-Lift air suspension isn’t just great off-road, it’s smooth on the pavement, too.

You can order a 4xe PHEV

Plug-in hybrid (gas and EV) technology makes a lot of sense for an off-roader. The instant torque that an electric motor provides is excellent for getting over steep boulders and blasting through the mud. It also makes sense if you want to hear the wilderness, not a rumbling motor when you’re in the forest. In the Grand Cherokee’s case, the 4xe version, you can go 25 miles on electric power, and the PHEV has a total range of 440 miles on a full tank and a full charge.

Patriotic Attempt All for naught eep is an Iconic brand that is famous for its offload capability. When Jeep became a part of Italian automaker Fiat they decided to head in a more “suburban” direction which saw the brand release soft offroaders like the Compass and the Patriot. We ...

Can You Still Buy a Jeep Grand Cherokee Trailhawk package?