Modern muscle cars provide a lot of power and pantomime at prices below more refined European sports cars. However, fans can save even more on wild rides by opting for a used model. Here are five of the fastest used muscle cars you can get for under $40,000 with average mileage, like the 2021 Chevrolet Camaro 2SS and 2014 Ford Mustang GT500. Just be sure to save for sets of tires.

Is the Dodge Charger SRT Hellcat one of the fastest used muscle cars under $40,000?

Depending on your definition of a muscle car, the 2015 Dodge Charger SRT Hellcat is one of the fastest used muscle cars under $40,000. According to Kelley Blue Book (KBB), a 2015 example with average mileage has a fair purchase value of around $36,450. Of course, finding a Charger Hellcat for that amount will be a challenge.

Still, the four-door muscle sedan is a serious contender. In Car and Driver’s testing, the Super-Charger hit 60 mph in just 3.4 seconds. Moreover, the Hellcat has a manufacturer’s claimed top speed of 204 mph. Not only is it one of the fastest used muscle cars, but it’s also among the fastest, most powerful sports sedans of today.

Fans will quickly tout the newest Shelby GT500s for their supercharged fury and track-ready platform. However, the previous iteration of killer Shelby is an absolute performance bargain. KBB says a 2014 Ford Mustang Shelby GT500 with average mileage is roughly $40,000. Of course, average mileage puts 81,000 miles on the odometer.

Is the 2018 Ford Mustang GT really one of the fastest used muscle cars?

Despite the lack of forced induction, the naturally aspirated S550-generation Mustang GT is a fast used muscle car. According to Ford, the 2018 Ford Mustang GT with a 10-speed automatic transmission can hit 60 mph in just 3.9 seconds. Better yet, unlike the stratospherically powerful Shelby and Hellcats of the used market, a 2018 Mustang GT has a fair value of just over $30,000 with just 20,000 miles. While the 460-horsepower GT isn’t up to supercharged Mopar power figures, it’s a bargain with low miles. 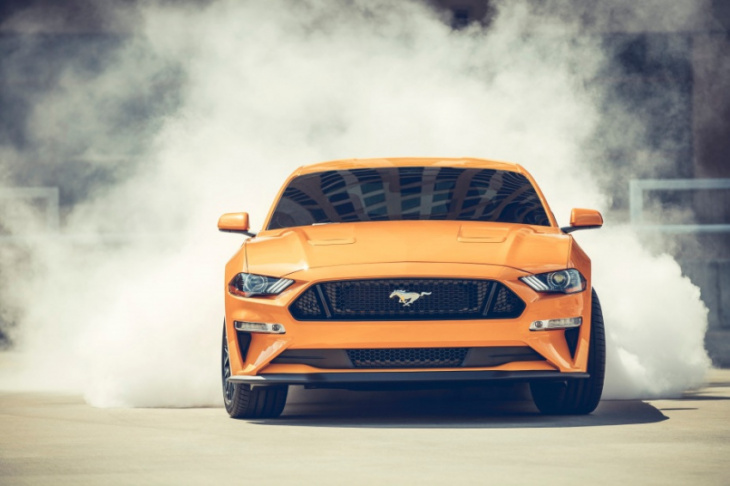