5 Most Common Car Crashes in the U.S. and How to Avoid Them

Car safety technology is continually improving. Advanced driver-assistance systems, strict testing, and vehicle design help protect riders. Still, tens of thousands of people die in car accidents in the United States every year. The National Highway Traffic Safety Administration (NHTSA) recently released data on the most common types of car crashes in the U.S. Here are the top five, plus some tips to help you stay safe. 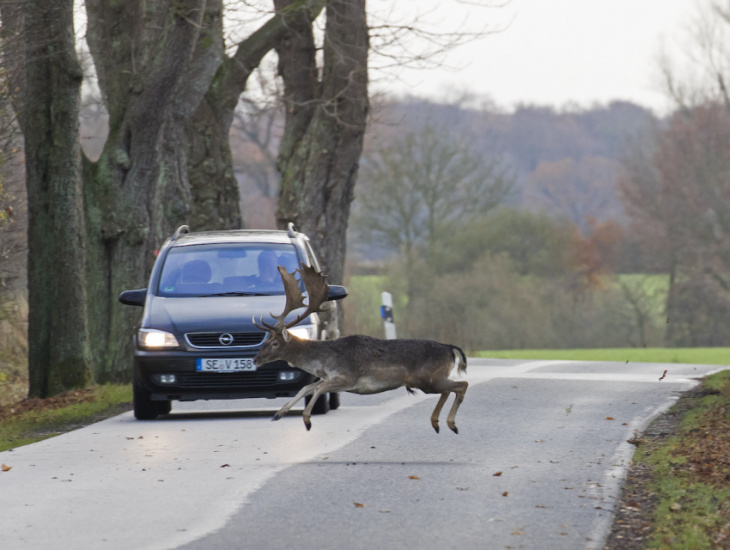 Animal-related car crashes are common in rural areas, but you can avoid them by keeping a watchful eye on the road. Drive slowly in areas with large deer populations because they can dart into the street without warning.

Also, remember that deer are most active between 6 p.m. and 9 p.m. Some drivers recommend attaching deer whistles to the car, which can supposedly warn the animals of your approach. However, little concrete evidence suggests these devices are effective.

In addition, don’t rely exclusively on your vehicle’s backup camera when reversing out of a parking spot. Look back so that you have a better view of the area. You should also use parking sensors if your vehicle has them.

Nearly 12% of all car accidents involve side-swiping another vehicle. Hitting parked cars is also quite common in America, with over 3 million instances reported from 2011-2020. Hitting large animals such as deer accounts for nearly 5% of all U.S. car accidents.

Side-swiping is when a vehicle hits another car driving right beside it. This kind of car crash typically happens when changing lanes quickly. Always pay attention to your surroundings, and if your vehicle has them, keep your blind-spot warning system or lane-changing assist features engaged.

Alsom 24/7 Wall Street urges drivers to be more vigilant on poorly maintained roads. If you swerve to avoid a pothole, you might hit the car next to you.

2. Hitting another vehicle at an angle is the deadliest type of car crash

Accidents in which cars hit other vehicles at an angle have the highest fatality rates. Over 58,000 deaths were reported in nine years. These incidents account for over 21% of car accidents.

Hitting a car at an angle means the impact occurs when one car hits the side of a vehicle head-on. This type of collision is also called a T-bone accident. It typically occurs when one driver runs a red light or ignores right-of-way laws. Always follow traffic rules, and look both ways before entering an intersection.

1. Rear-ending another vehicle is the most common type of car crash

The NHTSA found that rear-end collisions make up over 32% of car accidents in the United States. They also cause the most injuries for motorists and passengers, with nearly 5.5 million reported between 2011 and 2020.

Car safety features such as forward-collision warning and automatic emergency braking can’t always prevent rear-end collisions. You’re better off staying a safe following distance behind other cars. That gives you ample time to brake if the driver ahead of you stops unexpectedly.

Remain cautious while driving at night or when the roads are slick. Additionally, never get behind the wheel when alcohol, drugs, or lack of sleep might impair your judgment.

Keyword: 5 Most Common Car Crashes in the U.S. and How to Avoid Them