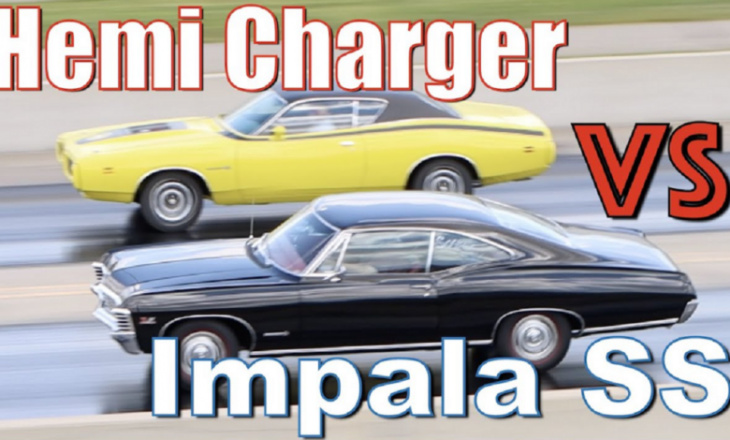 It’s time for some more awesome 1/4 mile action. Again we have a couple of legendary muscle cars in a very close race, which makes it a real treat regardless if you’re a Chevy or a Mopar person. A 1971 Dodge Charger powered by 426 HEMI paired with 727 Torqueflite takes on a 1967 Chevrolet Impala SS fitted with 427 V8 mated to a 4-speed manual. Hit the play button and enjoy the ride. 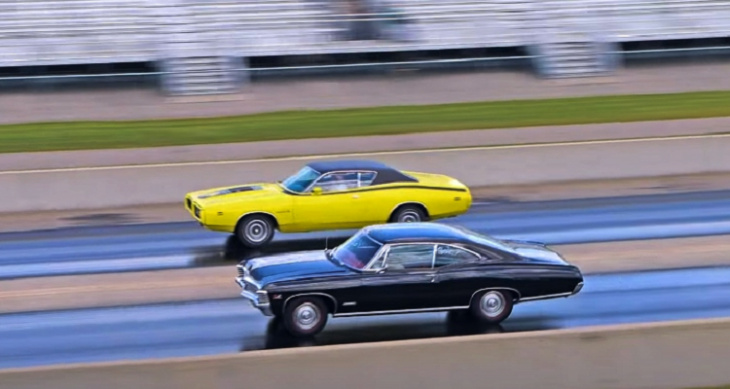 The Least Reliable Electric Car of 2022 Is American

The Cheapest V8 Chevrolet Camaro Is an Absolute Performance Bargain

3 Things U.S. News Doesn’t Like About the 2022 Chevrolet Spark

It won't compete this year, but in 2024 the Z06 will run a full season in the GTD Pro category starting with Daytona.

Based on the road-going Z06, it uses an engine derived from the 5.5-liter flat-plane crank V-8.

An enduring ad for Silverado models has been No.1 for TV ad impressions three weeks straight.

Reason #1: Intuitive infotainment system Reason #2: Easy to maneuver in traffic Reason #3: Low base price Is the 2022 Chevrolet Spark worth it? Bargains are a must in the subcompact sedan segment. But as economy cars receive trickle-down features from larger manufacturer offerings, the low prices are much ...

Dodge Charger Daytona SRT Concept Last year we covered the unfortunate news that the Dodge Challenger and Charger would both come to an end after the 2023 model year; however, not before going out with a bang in the form of seven “Last Call” models. We’ve seen six of them ...

Which Is Bigger, the Chevy Blazer or Trailblazer?

Is the 2023 Chevrolet Trailblazer Better Than the 2022 Model?

The Most Affordable and High-Value SUVs Revealed by Cars.com Affordability Report

These 3 Cons May Have You Skipping the 2023 Chevy Malibu