The Toyota Land Cruiser has long been viewed as a capable, off-road SUV. But if you are familiar with the Land Cruiser market, it sometimes seems like the prices of these vehicles are criminal. Even if one of these SUVs has hundreds of thousands of miles on the clock, you will still be paying a pretty penny for one. So, what are some good Toyota Land Cruiser alternatives if you are looking for a 4×4 SUV?

If you want an SUV that is capable of hitting the trail, has a beefy V8 engine, and offers three rows of seating, the Nissan Armada is it. Plus, it is significantly cheaper than the Toyota Land Cruiser. And although it does not come standard, you can get an Armada equipped with four-wheel drive. 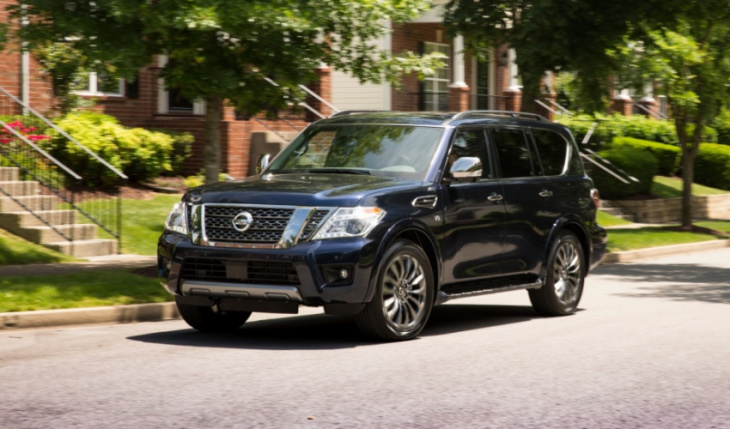 Now, the Nissan Armada might not be as luxurious as the Toyota Land Cruiser. And, it also lacks things like locking differentials. There are also some Armada years you should avoid if you are shopping used, like the 2004 model, which had some reliability issues. The good news is you can actually buy a brand-new Nissan Armada if you want, and that’s not the case for the Toyota Land Cruiser.

It does feel like cheating to list another Toyota as an alternative, but the 4Runner is a legitimate off-road SUV. Even without the top-of-the-line TRD Pro model, you can handle tough 4×4 situations with a 4Runner. And it is more than enough to tackle things like overlanding and camping. 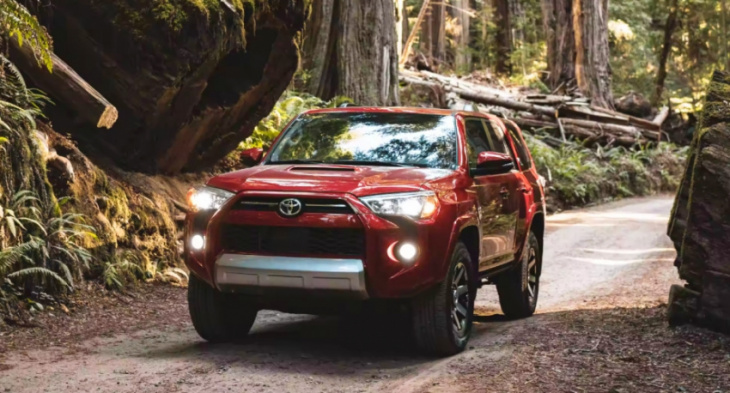 Prices of used Toyota 4Runner models vary. But if you are fine with a 10-year-old SUV, you can find one for about $25,000. And for what you get, that is a pretty solid value proposition. Much like the Toyota Land Cruiser, this SUV is known for being able to pack on the miles thanks to its workhorse V6 engine. Unlike the Nissan Armada, you can also get the 4Runner with a locking rear differential.

If money is no issue and you must have a new 4×4 SUV, the Jeep Grand Wagoneer makes for a good Toyota Land Cruiser competitor. Much like the Land Cruiser, it comes with a third row. And it benefits from Jeep’s long history in the world of off-roading. According to Car and Driver, at the same time, it boasts some serious luxury. And when you step inside, you can tell this is not your dad’s old Jeep Wrangler. 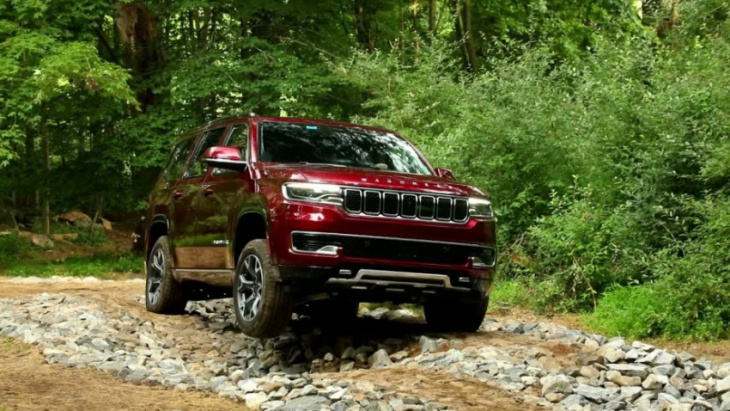 Unfortunately, this three-row Jeep is not cheap. Its starting MSRP is nearly $90k. So, you can definitely find a cheaper Land Cruiser. But, you will not benefit from all the modern tech that this vehicle brings to the table.

Can a three-row SUV go off-road?

Auto manufacturers understand that some folks need room for family and still want an adventurous SUV. There are multiple three-row SUVs out there with good 4×4 capability. 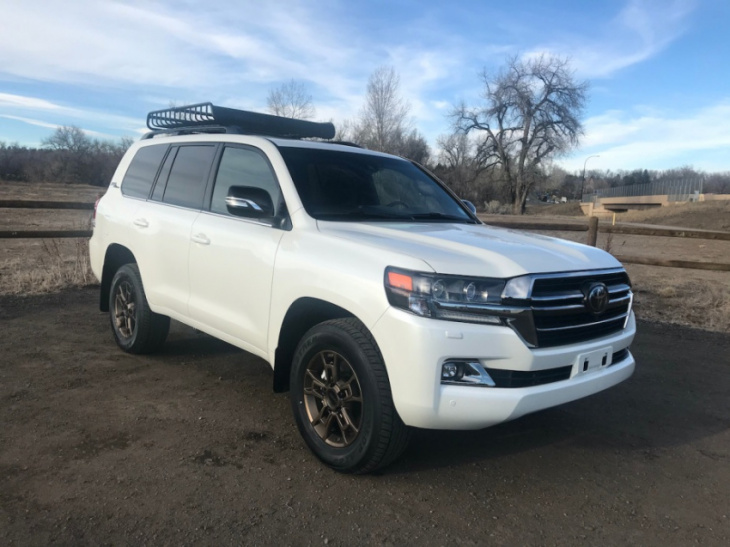 And if you are looking for a Toyota Land Cruiser alternative, one of these off-road SUVs might work for you. Even if you don’t get the benefits of a Toyota badge.