The 2023 models are finally rolling out. If you’ve been eyeing a new Mazda CX-5, you’ll likely be pleased with its ratings from critics, including Consumer Reports. But the 2023 Mazda CX-5 isn’t all that different from the previous model year, which also earned high marks from experts.

We dove deep into Consumer Reports’ evaluation of the 2023 CX-5 and confirmed there’s still a lot to like about this beloved compact SUV. But CR testers also note three things that stand out as potential negatives. Here’s what you might not like about the latest CX-5. 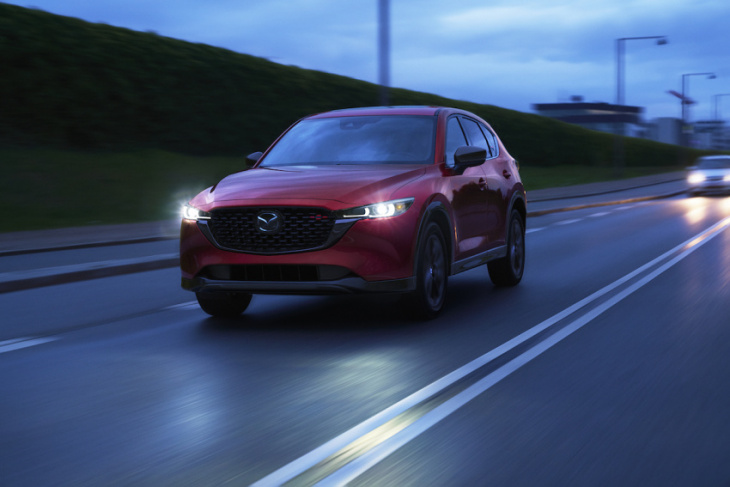 The 2023 Mazda CX-5 has retained much of its previous model’s best attributes, including sporty handling, excellent ride quality, and interior plushness. One asset Consumer Reports testers loved is the smart use of noise reduction materials to create a quiet cabin. Part of that tranquil ride comes from the engine’s weight.

The standard model packs a 187-hp 2.5-liter four-cylinder engine and a smooth-shifting six-speed automatic transmission. However, the powertrain’s weight affects fuel efficiency. The CR team says the Mazda CX-5’s gas mileage is “not a standout” over rivals. But settling for 24 mpg combined might be worth a smooth, quiet ride.

Next up on the 2023 Mazda CX-5 disappointment list is the infotainment system. Though most of the knobs and controls “work well,” CR testers say the system requires time to master.

Edmunds reviewers like the 10.25-inch screen’s bright and attractive components. They also think the navigation is simple enough to figure out, and voice controls are not overly complicated to set up. However, they agree with Consumer Reports that ease of use for the infotainment settings and advanced driver’s aids is “a mixed bag.”

So expect a learning curve to configure and use the CX-5’s infotainment system.

With any vehicle purchase, you’ll want to test drive your picks to gauge visibility. It’s long been a common complaint that SUVs’ wide pillars and crossbars can obstruct certain views from the driver’s seat. It’s a concern that still plagues even the 2023 Mazda CX-5.

The CR team suggests that outward visibility is good, for the most part. But rear visibility, specifically the three-quarter view, might present a challenge for some drivers. The CX-5’s “chunky rear pillars” and “sloping roofline” contribute to the poor rear visibility. And the rear windows are slightly smaller than most competitors, thanks to that sloping roofline. But luckily, a crisp rear camera display, blind-spot warnings, and rear cross-traffic alerts — all standard features on every 2023 CX-5 trim — offset the poor rear visibility.

The 2023 Mazda CX-5 doesn’t have much new to offer over the 2022 model. Aside from a minor facelift, new seat designs, and a few tweaks to the transmission and suspension, this crossover remains primarily unchanged. And though the 2022 and 2023 models earned high marks in various categories from Consumer Reports, don’t overlook the above potential flaws.