If you’re searching for a used car on a budget, there’s a lot to like about the 2016 Honda Fit. For starters, it has a fuel-efficient engine and a rear “Magic Seat” that opens a surprising amount of cargo space. It’s also available with high-end features like navigation, a power moonroof, and a seven-inch touch-screen infotainment system. And on the safety side, it features a passenger-side blind-spot camera. That way, you can have added peace of mind whenever you switch lanes.

In short, the 2016 Honda Fit is a great car for the money. If you’re in the market for a small car that’s big on features and fun to drive, the Fit should definitely be on your shopping list. Don’t just take our word for it, either. According to U.S. News & World Report, there are three reasons the Fit is the best used car under $15,000. 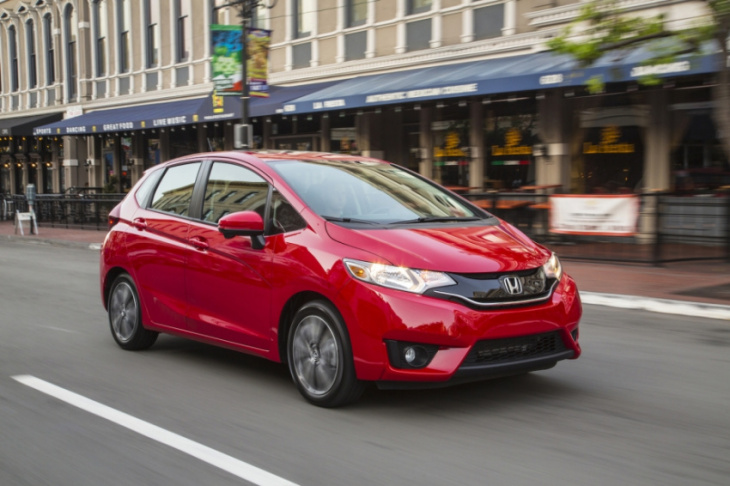 One of the most significant features the Honda Fit offers is its fuel economy. A 130-horsepower 1.5-liter four-cylinder engine with front-wheel drive powers it. As a result, the base model gets an impressive 33 mpg in the city and 41 mpg on the highway.

That means you can go further on a tank of gas than with just about any other small car. And if you opt for the CVT (continuously variable transmission), you will get even better fuel economy—up to 36 mpg in the city and 42 mpg on the highway. 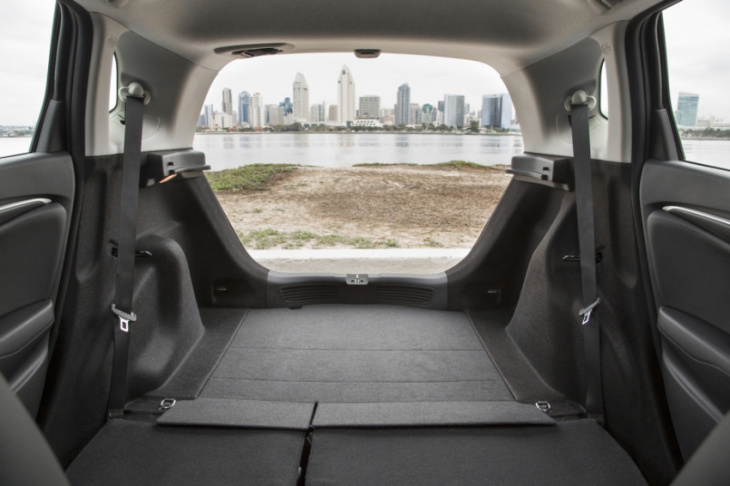 While most small cars have cramped interiors with very little cargo space, the Honda Fit features a unique rear “Magic Seat” that provides plenty of room for passengers and all their gear.

According to U.S. News & World Report, “Not only can the rear seatbacks fold flat, the seats can tumble forward to accommodate taller objects.” So, when you fold down the Magic Seat, you’ll open up 54 cubic feet of space. That’s enough to fit four bikes with their front wheels off or two surfboards lengthwise.

3. Impressive interior features for the price

The 2016 Honda Fit comes standard with some pretty impressive features for the price, including Bluetooth connectivity, Pandora compatibility, and text messaging capability. But if you want to step up your game, there’s also an available EX-L trim that comes loaded with extras like navigation, leather seats, HD radio, satellite radio, and heated front seats. And for those who live in sunny California or another state with emissions testing, there’s an available version of the Fit with low emissions.

You can’t go wrong with the Honda Fit if you’re currently on the hunt for a used subcompact car. Whether you’re looking for excellent fuel economy ratings, plenty of cargo space, or plenty of tech-savvy features, the 2016 Honda Fit has something to offer all drivers—and at a price that won’t break the bank. Consider test-driving a 2016 Honda Fit at your local dealership. You might just be surprised by all this small car can do!