Are you dreaming of an electric SUV, but a Tesla Model Y isn’t really your style? Luckily for you, several companies make great electric SUVs. Here are three exciting alternatives to the Tesla Model Y. 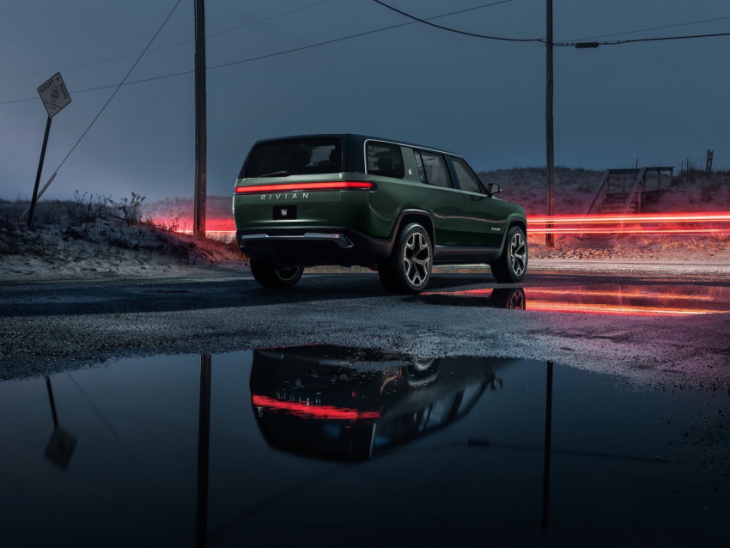 Rivian is one of the buzziest electric vehicle startups around. Its R1T electric truck swept numerous awards, including MotorTrend’s truck of the year. Amazon also chose Rivian to build it a fleet of futuristic delivery vans. Jeff Bezos was so impressed in the product, and the company, that he’s heavily invested in Rivian.

The R1S is a technology-forward SUV that is earning the respect of even Tesla die-hards. Rivian insisted on a separate electric motor for each of its four wheels. The result is that the vehicle can speed up its outside wheels to pull itself through a corner–a process called torque vectoring. MotorTrend compared the chassis’ on-road performance to a sports sedan. Adaptive air suspension with hydraulic damping can lift up for 14.9 inches of ground clearance and wade through three feet of water. 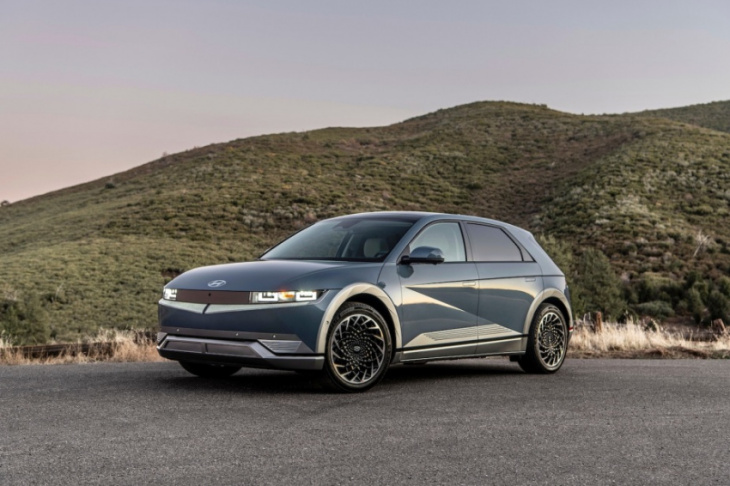 It seem like every automaker is offering an electric crossover SUV. But some are well-sorted and technologically advanced (such as the Volkswagen ID.4) while the first generations of others drive like internal combustion SUVs with electric motors hastily added (sorry Mazda MX-30). So which one should you consider? Car and Driver ranked every electric SUV, and its first-place winner was the Hyundai Ioniq 5.

Hyundai did several things right with this Ioniq. Firstly, it starts at just $41,245. Secondly, you are free to configure it for your needs. Budget-conscious buyers can opt for the 58-kWh battery while those in need of range can up to 77.4-kWh. You can also opt for AWD. The entry-level model isn’t FWD–its a RWD. Reviewers also found the build quality very high, the interior spacious, and the style as chic as a Tesla.

The EPA awarded the Ioniq 5 with a maximum range of 303 miles. Car and Driver was able to push it to 60 mph in just 4.5 seconds. 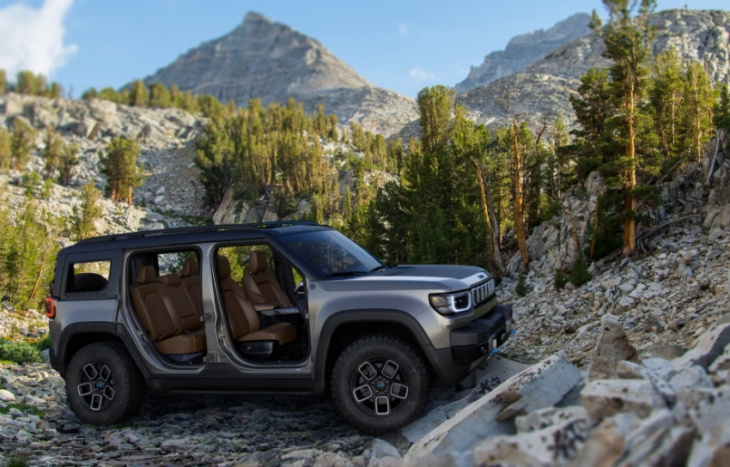 While the Tesla Model Y is a sleek SUV, designed to insulate you from the elements, Jeep is taking the opposite approach to electrification. The 2024 Jeep Recon may be an EV, but it is still very much a Jeep. The company admits this SUV is inspired by the Wrangler. And the eye-catching Recon comes with removable doors and windows as well as a retractable roof.

Jeep claims the Recon can navigate the famed Rubicon trail in one charge. Its skidplates and tow hooks certainly give it a gnarly 4×4 appeal. That said, it lacks the Wrangler’s solid axles and body-on-frame construction. But have no fear, the Wrangler is not going anywhere–though it may be another generation before the Jeep Wrangler goes electric.

Jeep has yet to release range or acceleration numbers for the Recon. We do know it will ride on Stellantis “STLA Large” chassis, a platform it will share with the new Wagoneer S and upcoming electric muscle cars.

Next, read why electric 4x4s will be better off-road or watch the Ioniq 5 in action in the video below:

The Polestar 3 will rival the likes of the Tesla Model X and BMW iX when it launches in mid October. Polestar has set a launch date for its second fully-electric model, the Polestar 3, confirming a debut on October 12. The electric SUV from Gothenburg will roughly share ...

Veteran automaker General Motors has pushed back the start of its return-to-office plan. The decision was reportedly made amidst criticisms from company employees. GM’s return-to-office plan was outlined in a memo last week. According to the plan, employees must be physically present at the automaker’s brick-and-mortar offices at least ...

A recent report has suggested that Tesla China intends to raise its vehicle output from Giga Shanghai by about 33% in the fourth quarter. This was despite the electric vehicle production facility reportedly being kept at 93% capacity through the end of the year. Tesla Gigafactory Shanghai has undergone a ...

SHANGHAI — Tesla plans to hold production at its Shanghai plant at about 93% of capacity through the end of year, despite a recent upgrade, two people with knowledge of the matter said, in a rare move for the U.S. maker of electric vehicles. Since the plant opened in ...