Is the 2023 Kia Sportage Hybrid worth buying? 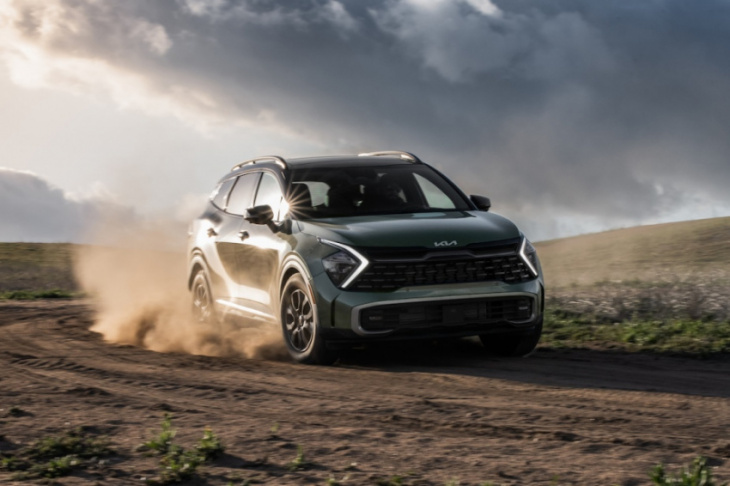 You can get started with a Sportage Hybrid for $28,585. According to Cars.com, rivals such as the Honda CR-V Hybrid include standard AWD, but the Sportage doesn’t. You can add it for $1,800, and it’s still cheaper than rivals. The CR-V Hybrid starts at $32,450.

The Sportage Hybrid provides an engaging experience, modern tech, and an upscale interior, but it’s not 100 percent perfect. See the complaints Cars.com has.

1. The Sportage Hybrid could be better on gas

The team at Cars.com found that the 2023 Kia Sportage Hybrid falls short with its fuel economy. The FWD model gets an EPA-estimated 42 mpg in the city and up to 44 mpg on the highway. With AWD, these figures drop to 38 mpg, and they got about 33 mpg during their test.

This isn’t bad, but it’s less than what rivals get. For example, the Toyota RAV4 Hybrid gets an EPA-estimated 41 mpg in the city and up to 38 mpg on the highway with AWD.

But it’s fun. The 1.6-liter four-cylinder engine is paired with an electric motor and battery pack to crank out 227 hp and 285 lb-ft of torque. It can accelerate from 0 to 60 mph in about 7.2 seconds, which outpaces rivals.

2. The Sportage Hybrid could have more intuitive tech 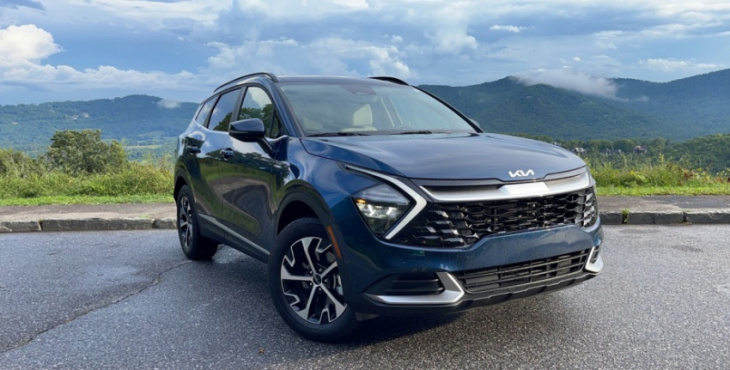 The 2023 Kia Sportage Hybrid is loaded with modern tech. The 12.3-inch infotainment screen provides plenty of connectivity and speed. But the lack of physical controls can make it a little confusing.

There is a button that you press to switch what functions the dial controls. You press it if you want the dials to control the climate control system instead of the music volume and radio station.

Connecting phones without a cord isn’t the easiest thing to do, but it does offer wireless Apple CarPlay and Android Auto. However, Android Auto only takes up about half the screen, making the menus seem small and frustrating.

This is a bit nit-picky, but the 2023 Kia Sportage Hybrid doesn’t have an EV mode that allows it to drive on electric power alone. But this Cars.com complaint feels off. EV modes are typically reserved for plug-in hybrid models.

The Sportage Hybrid offers an Eco Mode to prioritize saving gas, but to be honest, the Sport Mode is a lot more fun. The Smart Mode caters to your individual driving habits to provide an optimal performance.

So, the lack of an EV mode shouldn’t hold you back. But the Sportage Hybrid does have a slightly lower fuel economy compared to competitors, and the tech can be confusing at first.

Kia EV6 GT. South Korea car maker Kia expects to treble sales of its popular EV6 electric SUV in 2023, as supplies start to free up and ahead of the impending launch of the high performance GT version. The EV6 GT will become the company’s flagship or halo vehicle ...

The COE system is surely one of the most exasperating things about car ownership in our country. Never mind the fact that it’s valid for only 10 years, what’s more frustrating about it is that it can fluctuate wildly. As little a year ago, the price of a Cat ...