The Toyota brand is becoming synonymous with the hybrid SUV. This auotmaker’s extensive hybrid SUV lineup includes the Corolla Cross, RAV4, Venza, Highlander, and all-new Toyota Sequoia. But even though Toyota has an entrant in every one of these niches, it does not necessarily dominate every one. Here are three alternatives to Toyota’s best-known hybrid SUVs.

The Toyota Highlander vs. the Kia Sorento 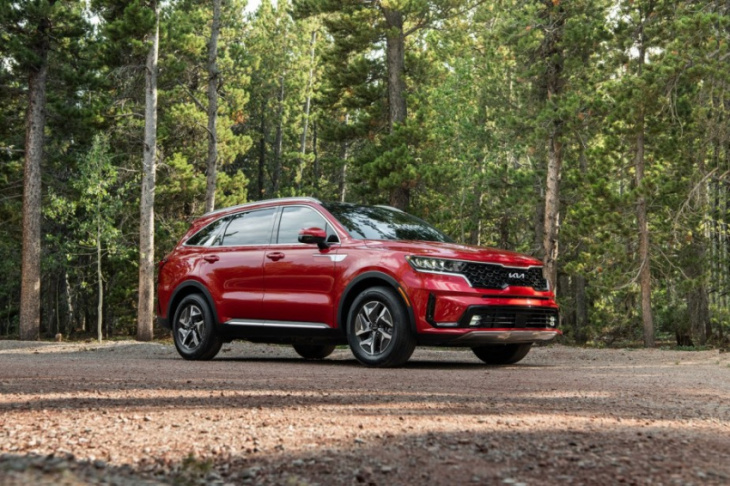 Toyota’s latest generation of its RAV4 SUV does not offer a third row of seating. If you want that, you must upgrade to the Highlander. The Highlander offers an efficient hybrid SUV drivetrain, but it’s not the most efficient in its class. Driving reports that the Kia Sorento with a third row of seating eeks out a win over the Highlander. Running the Sorento for 12,000 miles over year, split between city and highway driving, will cost you about $1,320. RAcking up the same mileage in a Highlander will run you a whopping $20 more. This matchup might be better described as a tie. But Kia has certainly built a worthy alternative to the Toyota Highlander hybrid SUV.

The Toyota Sequoia vs. the Ford Expedition

Toyota shocked the automotive world when it announced that every single 2023 Sequoia SUV would be a hybrid. This full-frame SUV shares a chassis with the Tundra pickup truck. The new Sequoia hybrid SUV features the Tundra’s premium engine: a 3.4-liter twin-turbocharged V6 mated to a powerful electric motor and branded as the i-FORCE MAX. But this “new” Toyota drivetrain is very similar to an existing powertrain: Ford’s F-150 PowerBoost hybrid rumored to be joining the Expedition SUV engine lineup for 2023.

Just like the i-FORCE MAX, Ford’s PowerBoost is built around a twin-turbocharged V6. In this case, its the 3.5-liter EcBoost. Ford has been offering this engine for years, including in the second-generation SVT Raptor. Its power and reliability have won over many die-hard V8 fans. The PowerBoost also features a 41 horsepower electric motor sandwiched between its V6 and 10-speed automatic transmission. The PowerBoost runs off a lithium-ion battery while the Toyota version makes due with nickel. The i-FORCE MAX may prove itself an excellent powertrain, but early reports of turbocharger wastegate malfunctions have some hybrid SUV fans hoping for a PowerBoost Ford Expedition sooner rather than later.

Read more about how the i-FORCE MAX and PowerBoost compare.

The Toyota RAV4 vs. the Toyota Venza 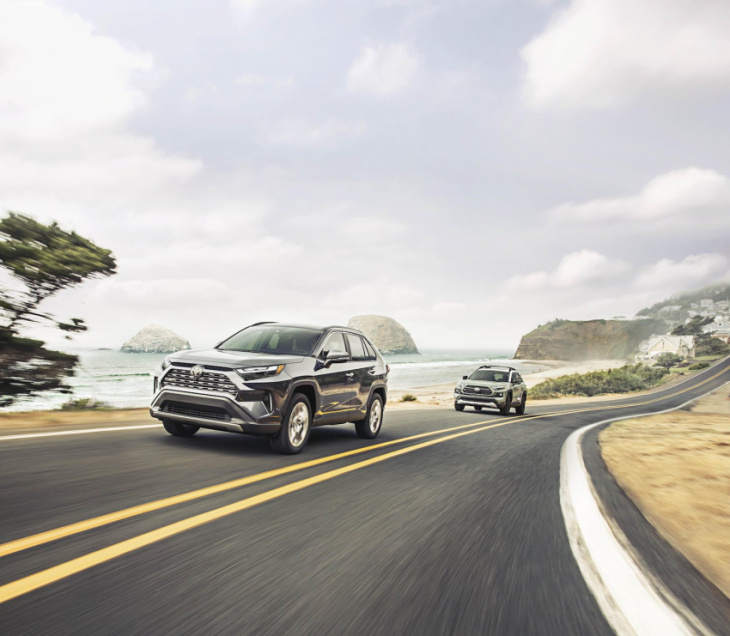 Toyota has been building its iconic RAV4 since 1996. This crossover offers a popular hybrid and even a plug-in hybrid option (the RAV4 Prime). It once seemed as if no crossover could dethrone it, but the RAV4’s fiercest competition may actually come from within Toyota’s lineup: the sporty hybrid Venza SUV.

The Venza and RAV4 hybrid are both AWD crossovers. But while the RAV4 only offers 98.9 cubic feet of interior volume, the Venza boasts 127.1 cubic feet. The RAV4 hybrid earned an EPA-rated fuel efficiency rating of 27 city/35 highway mpg (30 combined). But then the Venza blew the doors off these numbers with 40 city/37 highway mpg (39 combined). While the RAV4 hybrid starts at just under $30k, the Venza’s MSRP is $33,240–so the prices are still fairly competitive. While the RAV4 once offered a third row of seating, this option is now reserved for the Highlander. As a result, the Toyota Venza may have made the current RAV4 obsolete.

Next, read our guide to the full Toyota hybrid SUV lineup or see the RAV4 and Venza go head-to-head in the video below: