While some vehicle segments continue to swell with new car competition, one particular category dwindles. The large car segment is much smaller than you might expect, dominated by automakers specializing in sports car designs and muscle car performance like the 2023 Volkswagen Arteona and Dodge Charger.

So, which of these large cars are the right fit for you? Here’s an even closer look at two models that might be topping your must-see list. The 2023 Volkswagen Arteon and Dodge Charger are going head-to-head in this review, with the Arteon surging with these three advantages over the Charger.

1. Better warranty with the 2023 Volkswagen Arteon 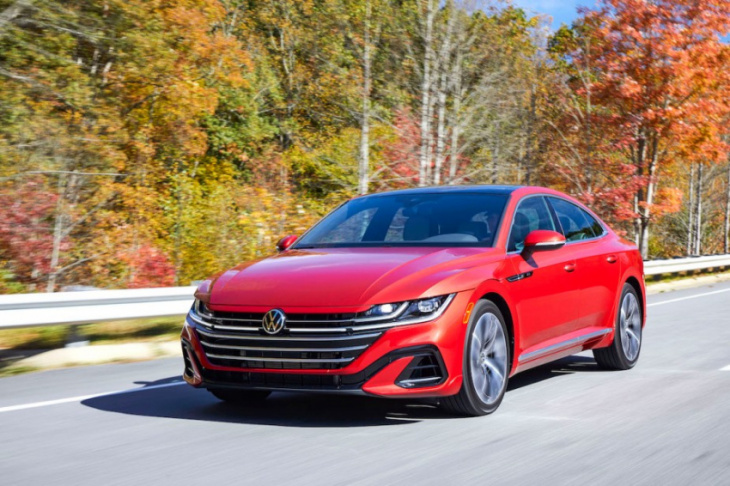 First, let’s address warranty coverage. This distinction may be less about the large car itself and more about the automaker’s guarantee to back its components, designs, and engineering. And when comparing the VW Arteon with the Dodge Charger, Volkswagen’s warranty platform is better.

Under the terms, it’s four years or 50,000 miles for the bumper-to-bumper, and as Car and Driver lists, the powertrain warranty covers the same. The Carefree Maintenance Program delivers scheduled maintenance for up to two years or 20,000 miles at no additional charge.

According to Stellantis, the Dodge Charger offers a whole menu of beefy engine options, ranging from the award-winning 3.6-liter Pentastar V6 that delivers 300 hp. As Dodge indicates, you can expect to shell out a starting MSRP of $32,500.

The warranty coverage, according to the Car and Driver spec sheet, says the Charger will come with a three-year or 36,000 miles limited warranty, a five-year or 60,000 miles powertrain warranty, and no complimentary maintenance package.

Another critical advantage the 2023 Volkswagen Arteon will have over the Dodge Charger is fuel economy. You can have your cake with monster performance and power, and eat it too, meaning you’ll enjoy decent gas mileage. Considering the current price of gas in some parts of the country, fuel efficiency ratings might help you make your purchasing decision.

Most people who want powerful performance cars are more concerned about engines and super-fast 0 to 60 mph times. But if you’re interested in fast and you have lots of people or things to haul around, the 2023 Volkswagen Arteon will give you the horsepower and the cargo capacity you need.

If you’re browsing the large car market, look at the 2023 Volkswagen Arteon and the Dodge Charger. Both five-seaters are powerful contenders with lots to love. But if you’ve narrowed your selection down to these two already, the Arteon presents a few more advantages. If warranty coverage, fuel economy ratings, and cargo capacity weigh heavily on your decision, the Arteon is the clear victor.

Keyword: 3 Advantages the 2023 Volkswagen Arteon Has Over the Dodge Charger

This even though VW had announced in the past that it was not planning to turn the Amarok pickup into an SUV or make it electric.


View more: 6 Reasons the 2023 Volkswagen Taos Could Be Right for You