The SUV category is a large and diverse segment with many options, including SUVs that are unique, such as SUVs designed to go off-road. The Nissan Murano is in the premium SUV segment, which are SUVs that are more expensive than other SUVs but offer more features than their peers. There are other options in the premium SUV segment, though, and here’s a look at three advantages that the 2023 Nissan Murano has over the Honda Passport.

1. The 2023 Nissan Murano is a cheaper premium SUV 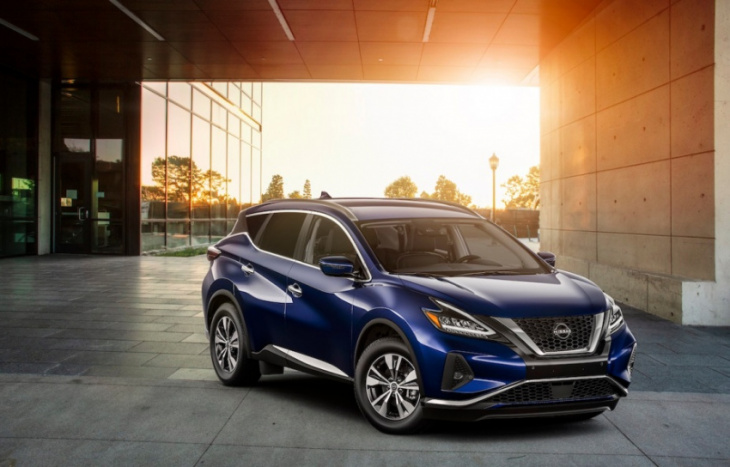 While premium SUVs are more expensive than regular SUVs, this doesn’t mean those car shoppers shouldn’t look for the best deal. And in this regard, the Murano has a significant edge over the Passport, according to Edmunds. Pricing details for the 2023 Murano are already available, but pricing details for the 2023 Passport are not available just yet.

For example, Nissan customers can add all-wheel drive to their Murano, and the SUV will cost $35,000. They can also upgrade to the SV trim, which starts at about $37,000, which will still mean that they’re saving money compared to if they bought the Honda instead. That being said, folks who want to buy a fully-loaded Murano will have to pay about the same for a fully-loaded Passport, as both starts at around $46,000.

2. Drivers of the 2023 Nissan Murano will get a better fuel economy

Both cars have a very similar powertrain, but the Nissan SUV ultimately gets a better fuel economy than the Honda does. On top of that, both Nissan and Honda only currently offer one engine option on their respective SUVs. Nissan gave the Murano a 3.5-liter V6 that’s mated to a CVT, and it gets 260 hp and 240 lb-ft of torque. This allows the car to get 20 mpg in the city and 28 mpg on highways, for 23 mpg combined.

The Passport also has a 3.5-liter V6, but it’s mated to a nine-speed automatic transmission. This allows the Honda SUV to get 280 hp and 262 lb-ft of torque, but its fuel economy will suffer somewhat. The Passport gets 20 mpg in the city and 25 mpg on highways, for 22 mpg combined.

3. The 2023 Nissan Murano has a lower curb weight than the Honda Passport does

The fact that the Murano has a CVT is a big reason why it’s a more fuel-efficient SUV, as CVTs can improve a car’s fuel economy significantly. Another significant factor, however, comes down to their curb weights.

The Murano is a lighter SUV, so the engine doesn’t have to work as hard, saving gas. The Murano has a curb weight of about 3,865 pounds, which is lower than the Passport’s curb weight of 4,057 pounds. That’s a difference of almost 200 pounds.

Keyword: 3 Advantages the 2023 Nissan Murano Has Over the Honda Passport